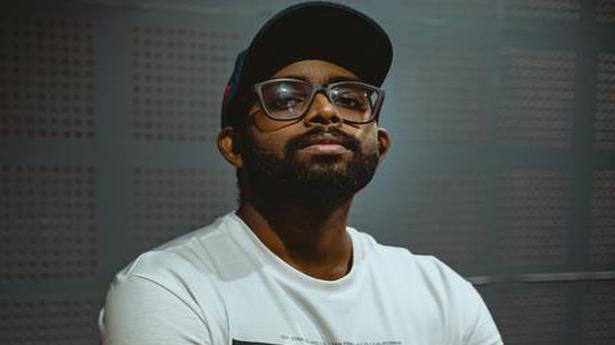 Titled ‘Kyun?’, the ballad by the Kochi-based electronic composer infuses styles and sounds from various genres

A year ago, an independent Malayalam single ‘Thennale’ composed in Indian and western notes made waves, making its debutant composer Kevin Shaji a name to reckon with in the regional indie music firmament. In the fourth year of BTech degree, Kevin, at that point had no intention of pursuing a career in music; ‘Thennale’ was meant to be a one-off thing. Constant enquiries and accolades on his IG for the song made him realise a musical path was inevitable and prompted him to change his name to Pina Colada Blues. “I didn’t want to use my name; instead I chose the name of my favourite cocktail and colour,” laughs Kevin.

A series of singles in the last year saw Kevin experimenting with various sounds and styles. He created his niche by infusing styles from dream, electro-pop, hip-hop, RnB, Carnatic and western notes.

Launched by Sony Music India’s new label Day One, the Kochi-based composer recently released his first single in Hindi ‘Kyun?’ — crossing language and genre boundaries. “Right from my first song, I have never seen language or genre as a barrier to my music. If I can understand the words or the language, I then try my best to figure out what it is trying to convey. I improvise on the tune and melody and compose,” say Kevin over the phone from Kochi.

‘Kyun?’ is about relationship conflicts and the ‘unknown’ reasons for people to drift apart. With Kevin leading the track on piano and vocals by Mridul Anil, the ballad-like track is growing to be an earworm. Explaining the process, Kevin says, “I send a demo to the lyricist where I hum the vocals as I play the piano and also convey the emotions and the lyrical style. Then finding the right voice completes the song’s progress.”

For someone who has not studied specific genres like pop-Latino or Carnatic, Kevin developed an interest in understanding how they work and has been successful in experimenting. “Though it is a challenge, it is fun learning and experimenting with different styles,” says Kevin who was introduced to music at the age of five. “My mom is a fan of Michael Jackson, Backstreet Boys and all the popular tracks of the 90s and I grew up listening to them. I started playing the piano and keyboard and learnt to play the guitar by myself. I discovered the musician in me while playing with friends in college.”

The future of music is in South India, emphasises Kevin on being asked what is leading to a spurt in musicians from Kerala. “ I see many people coming out with originals these days and this is entirely owing to the availability of music production, recording gear and the ability to make songs in one’s bedroom. That is is also where my songs are produced. Only the vocals and the song mixing are done in studios,” explains Kevin. Add to that, the ability to post one’s covers and originals at the click of a button on social media and platforms is a primary reason for this trend increasing, he adds. “With Kerala being a non-saturated field in indie music, more music of different styles and languages will be coming out of here. It is just a matter of time,” signs off Kevin.

Denial of responsibility! TechiLive.in is an automatic aggregator around the global media. All the content are available free on Internet. We have just arranged it in one platform for educational purpose only. In each content, the hyperlink to the primary source is specified. All trademarks belong to their rightful owners, all materials to their authors. If you are the owner of the content and do not want us to publish your materials on our website, please contact us by email – [email protected]. The content will be deleted within 24 hours.
'Thennale' regional indie musicianakabluesColadaentertainment newsEntertainment updateHindiKevi Shaji
Share