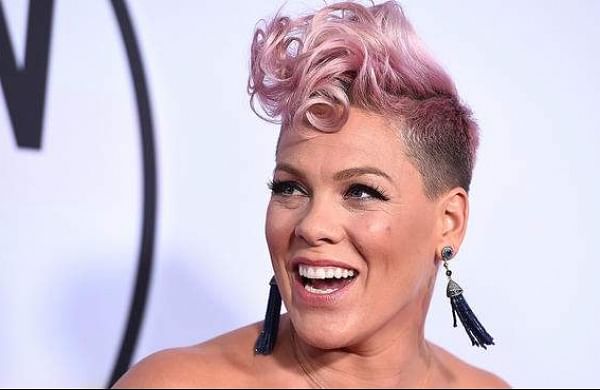 Pink gave us complete access to her life for ‘All I Know So Far’: Director Michael Gracey

NEW DELHI: Pop icon Pink was “incredibly open” about sharing her life, both personal and professional, for the upcoming documentary “P!nk: All I Know So Far”, says director Michael Gracey.

Slated to start streaming on Amazon Prime Video from Thursday, “All I Know So Far” follows the 41-year-old singer-songwriter on her ‘Beautiful Trauma World Tour’ in support of her seventh album in 2017.

Gracey, who made his feature directorial debut the same year with the Hugh Jackman-starrer “The Greatest Showman”, said the documentary is an intimate peek into Pink’s life.

“Pink was incredibly open with me and Dave Spearing (the other camera operator).

While we toured with her, and even after the tour came to a close and her family returned to America, she gave us complete access to her life; she was unfiltered and let us shoot it all, and I think that’s why the film has a real intimacy to it,” the filmmaker told PTI in an email interview from Melbourne, Australia.

Known for songs like “There You Go”, “Most Girls” and “Just Give Me a Reason”, the Grammy winner, whose real name is Alecia Beth Moore, is ‘Perfect’, just like one of her all-time hit tracks, he said.

“I find it incredible what a peek behind the curtain this movie offers into Pink’s life; into the areas that you wouldn’t usually have access to.

To hear and see what it is for Pink as she tries to juggle all of it is a really rare insight into the life of someone like this.

The director said as he bonded with Pink over “The Greatest Showman”, he came to understand more about her life and her voice.

And it only made sense to him that the way she approaches her tours, her music, and her family are intrinsically intertwined, he said.

” Over the years, documentaries have often received criticism for being a whitewash or a wasted opportunity into the life of the subject.

Asked how he has ensured that does not happen with “All I Know So Far”, Gracey said the subject matter that the team wanted to explore with Pink was how she managed to strike a balance being both a rockstar and a mother.

“…that was our intent from the very beginning to the very end. Because of how much Pink let us into her life, we were able to capture so many wonderful moments that explored that idea of duality,” he said.

“There are many different versions of the film we could have cut, but that balance between front-of-house concert, behind-the-scenes conversations, and just observing her life on the road with her family was really something that we crafted together, and Pink was instrumental in realizing that,” he added.

The title of the film came from Pink’s new number, “All I Know So Far”, and according to the director, the song acts “as a sort of letter to Willow”, her daughter whom she shares with husband and former motocross racer Carey Hart.

“This was Pink’s way of saying to her daughter that if she were to leave this earth tomorrow, here is all that she knows so far,” Gracey said.

Pink and Hart, 45, are also parents to son Jameson (four).

“It’s a beautiful and powerful message that is very inline with Pink’s approach to parenting.

As someone who has been a part of both the music and film industries, Gracey said the relationship between music and storytelling has always been “inseparable”.

“At the end of the day, whether it’s a feature length film or a three minute song, you are putting emotions, ideas, and a point of view into the world – and while filmmaking and songwriting are different skill sets, they are fundamentally rooted in the ability to tell your audience a story.

That was the heart of what I could bring for my first documentary – what is the most powerful story to tell?” The director, who is also a visual effects supervisor and an adman, said his background has been the “greatest training” for filmmaking.

“…you have to try and convey an idea or an emotion in a very short amount of time.

It is such an incredible schooling; you get to work with the best people in the world, and you see who you creatively click with and learn skills you carry through with you into your longform work.

I love that I get to do this – and I still shoot commercials to this day for exactly that reason,” he added.

Denial of responsibility! TechiLive.in is an automatic aggregator around the global media. All the content are available free on Internet. We have just arranged it in one platform for educational purpose only. In each content, the hyperlink to the primary source is specified. All trademarks belong to their rightful owners, all materials to their authors. If you are the owner of the content and do not want us to publish your materials on our website, please contact us by email – [email protected]. The content will be deleted within 24 hours.
accessAll I Know So FarcompleteDirectorentertainment newsEntertainment updategaveGracey
0
Share