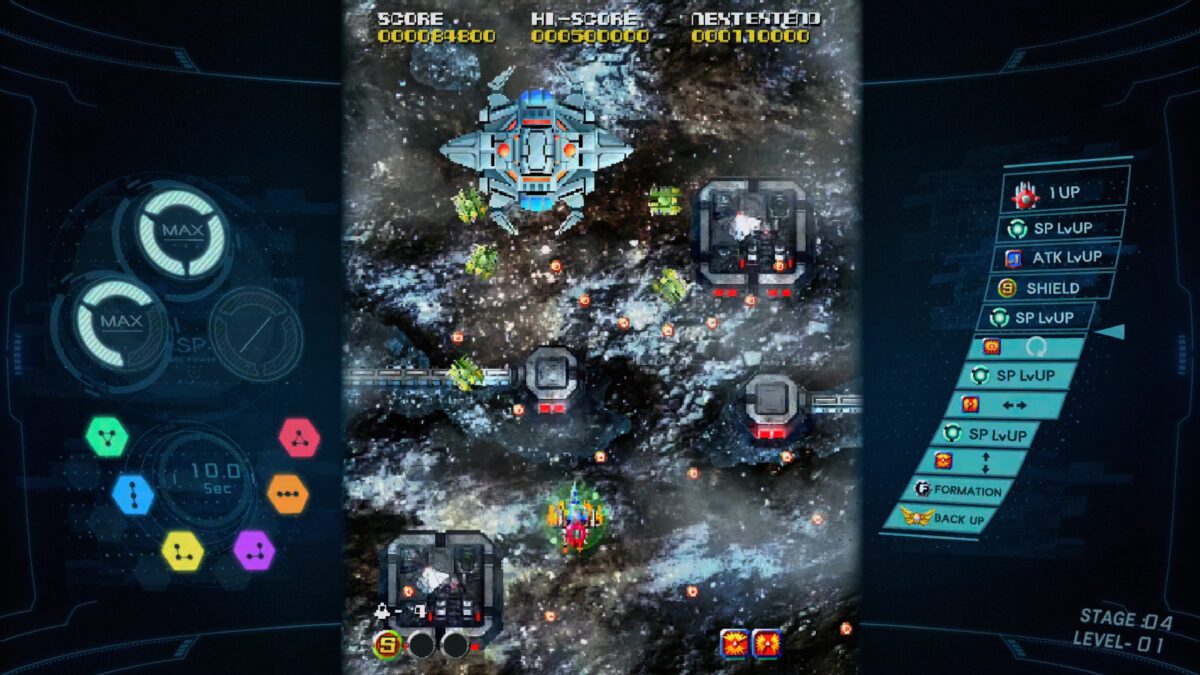 Here’s a curiosity. PlatinumGames has announced that it will be holding a forum to discuss and decide the new release date for the recently delayed shmup, Sol Cresta. Nothing odd about that. The weird part is that the developer will apparently live stream the meeting on Twitch on January 7, turning it into something of a pseudo-public presentation.

Sol Cresta — a great-looking shmup that began life as an April Fool’s Day joke, before evolving into a real project — was supposed to launch in December 2021, but was pushed back for non-descript reasons. It’s probably safe to assume that the retro sequel is now ready to rock, and tomorrow’s stream will finally confirm Sol Cresta‘s official release date. For realsies this time. You can check out the latest trailer below, it genuinely looks like a pretty rad blaster.

In attendance will be Sol Cresta designer Hideki Kamiya, producer Takahito Washisaka, director Takanori Sato, and interface designer Rui Onishi. Alongside the discussions pertaining to the title’s launch date, the stream will also feature giveaways and gameplay reveals. One can assume that this live stream will be entirely in Japanese, naturally, but don’t fret, as we’ll be sure to bring you all the pertinent information once announced. They have to already know the Sol Cresta release date, right? There’s gotta be too much red tape to check out before you can officially reveal it to the public.

Denial of responsibility! TechiLive.in is an automatic aggregator around the global media. All the content are available free on Internet. We have just arranged it in one platform for educational purpose only. In each content, the hyperlink to the primary source is specified. All trademarks belong to their rightful owners, all materials to their authors. If you are the owner of the content and do not want us to publish your materials on our website, please contact us by email – [email protected]. The content will be deleted within 24 hours.
agmeupdateCrestadateDecideforumGames newsgamingGaming update
Share

Schools in England ‘teetering on edge’ from Covid-related absences

Handmade Glass Hoop Earrings In a Rainbow of Colors by…

The 7 Skills Kids Can Develop from Playing LEGO

Big Movers on D-St: What should investors do with RIL, MRPL…