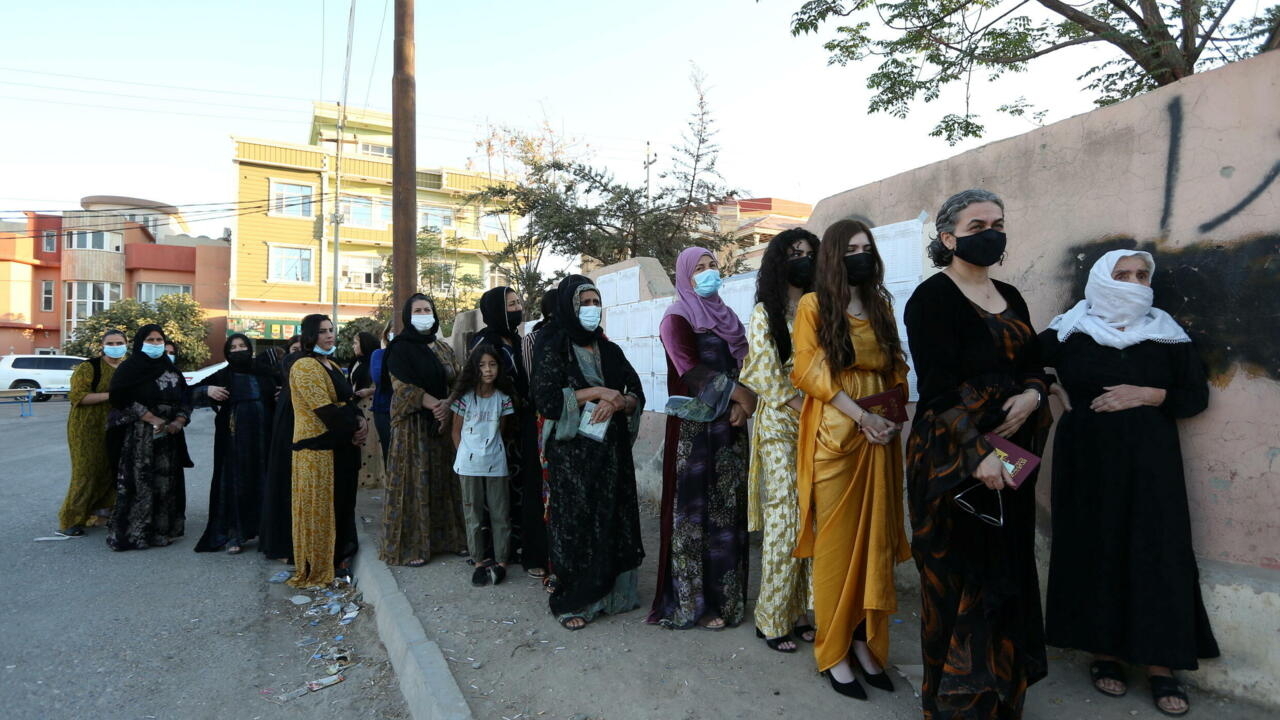 Iraq closed its airspace and land border crossings on Sunday as voters headed to the polls to elect a parliament that many hope will deliver much needed reforms after decades of conflict and mismanagement.

The vote was brought forward by six months in response to a popular uprising in the capital Baghdad and southern provinces in late 2019, when tens of thousands of people took to the streets to protest endemic corruption, poor services and rising unemployment. They were met with deadly force by security forces firing live ammunition and tear gas. More than 600 people were killed and thousands injured within just a few months.

A total of 3,449 candidates are vying for 329 seats in the parliamentary elections, which will be the sixth held since the fall of Saddam Hussein after the US-led invasion of Iraq in 2003.

More than 250,000 security personnel across the country were tasked with protecting the vote. Army troops, police and anti-terrorism forces fanned out and deployed outside polling stations, some of which were ringed by barbed wire.

The election is the first since the fall of Saddam to proceed without a curfew in place, reflecting the significantly improved security situation in the country following the defeat of the Islamic State group in 2017. Previous votes were marred by fighting and deadly bomb attacks that have plagued the country for decades.

As a security precaution, Iraq has closed its airspace and scrambled its air force from Saturday night until early Monday morning.

The head of Iraq’s electoral commission has said that initial election results will be announced within 24 hours.

Denial of responsibility! TechiLive.in is an automatic aggregator around the global media. All the content are available free on Internet. We have just arranged it in one platform for educational purpose only. In each content, the hyperlink to the primary source is specified. All trademarks belong to their rightful owners, all materials to their authors. If you are the owner of the content and do not want us to publish your materials on our website, please contact us by email – [email protected]. The content will be deleted within 24 hours.
controlledElectionsHealth newsHealth updateiraqIraqsmiddle eastMustafa al-Kadhimi
Share

Review: Miriam Toews’ ‘Fight Night’ is the ‘Ted Lasso’ of novels, for better and worse