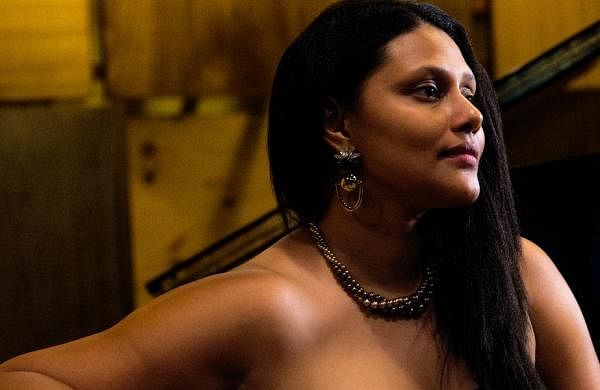 To be able to love who you are, you cannot hate the experiences that shaped you. Behind the tune and beat for her latest song ‘Run’ is this maxim, says Mumbai-based singer-songwriter Vasundhara Vee. The Rhythms and Blues, Jazz and Soul singer has channelised her experiences into her pop-soul video single, released online in September.

Vee’s original name is Vasundhara Vidalur; her quirky last name is her nickname. She considers ‘Run’ as a way of “coming back” to her core instincts as a soul-pop singer. It’s also a “coming out” through music, about the process of therapy and self-acceptance that was central to her life the last few years.

She also had to learn to be her own soulmate, making her a stronger human being and a much happier woman in the process. “This song is 100 percent autobiographical. But I also saw the same theme running through so many other lives that I felt it would be as much about others as about me,” she elaborates.

Counted among the few indie musicians who are responsible for the revival of western music in the live circuits in India, Vee wrote the song in mid-2019 in collaboration with advertising guru and music composer Dhruv Ganekar.

She has performed at all key events in India such as the Delhi Jazz Fest, Shubha Mudgal’s Baaja Gaaja festival, Serendipity Arts Festival, as well as at music events in Turkey, France, Dubai and Bulgaria.  She has sung live with a host of musicians such as Etienne Mbappe, Ranjit Barot, Dhruv Ghanekar, Louis Banks, Sean Freeman and Marc Guillermont.

The 35-year-old singer self-published Big Dreams, Bold Choices – Handbook for Emerging Professional Musicians in India, in 2020 during the pandemic. It is a guidebook for young musicians in India to help navigate their music careers.

Vee has packed the book with the mistakes she made in her 15-year career as an artiste. The book touches on subjects such as designing the right debut, managing one’s finances as a professional, networking and more. Incidentally, Vee is one of the few singers who disses the social media influencer phenomenon.

For her, the number of followers is not a yardstick to gauge one’s accomplishments. Some of the most influential and respected music legends in the Indian music industry have less than 5,000 followers. But the industry rests on their shoulders.

They are often the real influencers and decision-makers behind the rise of stars. Secondly, big stars are the outcome of mammoth teams handling various departments of work. “A star is like a company with a human face,” she says. She would rather have 2,000 followers who will show up for her shows than 15,000 followers who only want to see her cutesy pictures but don’t care about her work.

No dry Run for Vee is certain.

Denial of responsibility! TechiLive.in is an automatic aggregator around the global media. All the content are available free on Internet. We have just arranged it in one platform for educational purpose only. In each content, the hyperlink to the primary source is specified. All trademarks belong to their rightful owners, all materials to their authors. If you are the owner of the content and do not want us to publish your materials on our website, please contact us by email – [email protected]. The content will be deleted within 24 hours.
entertainment newsEntertainment updateJazz and Soulnews updatepopRhythms and BluesRunsinger
Share

The science of manifestation