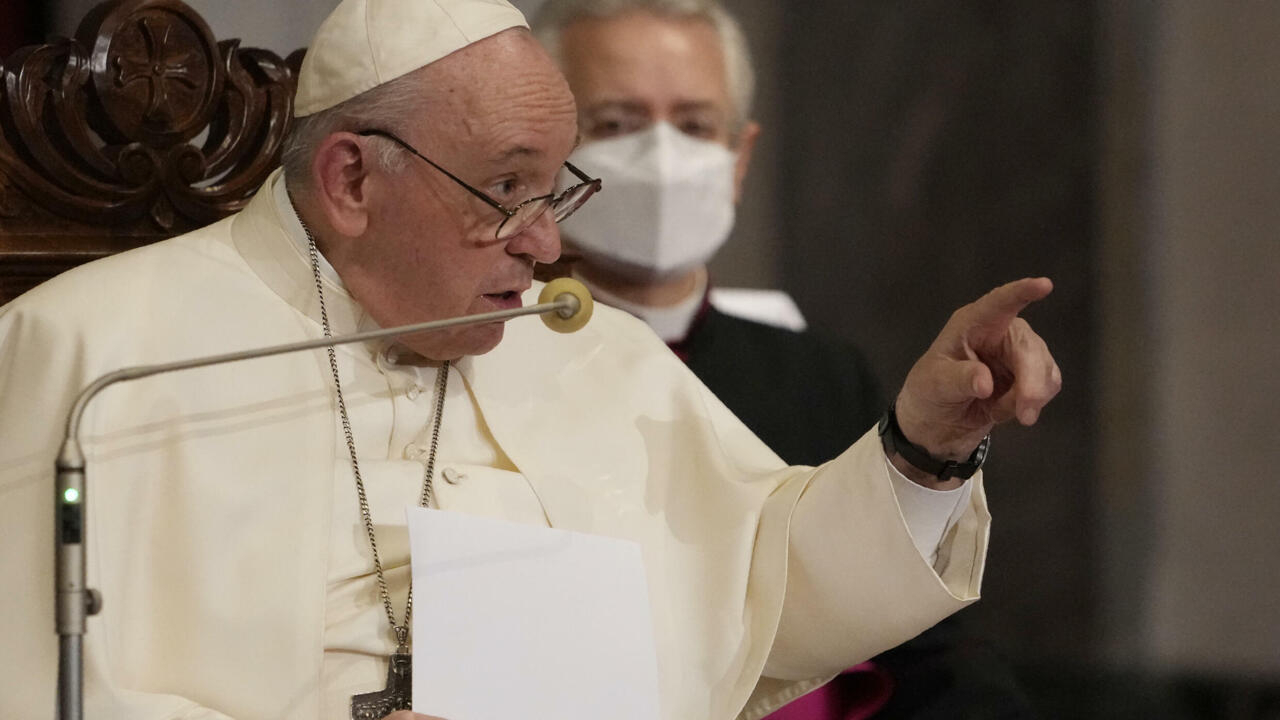 Pope Francis, at an emotional meeting with migrants, said on Friday he had a responsibility to tell the hard truth about the suffering of refugees, many held in conditions he compared to those in Nazi and Soviet camps.

Francis, who has made defence of migrants and refugees a cornerstone of his pontificate, spoke at the end of his second day in Cyprus, where he met migrants, some of whom will be among 50 to be re-located to Italy on his initiative over the coming months.

Departing from a prepared speech, he said many people were still asking how Nazi concentration camps or Stalinist gulags in the post-war period could have been allowed to exist.

“Brothers and sisters, this is happening today,” he said, citing conditions for refugees in camps in Libya and elsewhere to where they are forcibly returned when expelled from Europe.

“They have ended up in concentration camps where women are sold, men are tortured and (people) enslaved,” he said.

After listening to some of the migrants’ stories, the pope said: “The worst thing is that we are getting used to it…. This indifference is a grave disease for which there is no antibiotic.”

The 84-year-old pontiff said he regretted having to speak about such unpleasant things but added: “It is my responsibility to open eyes.”

Francis was moved to add to his prepared comments when hearing some of the migrants’ personal stories.

“I am someone wounded by hate. Hate experienced once cannot be forgotten,” one migrant, Marcolins from Cameroon, told the pope in the church where the meeting was held, right on the border that has divided Cyprus in two since 1974.

“There is the hate that leads one human being to use a gun not just to shoot another but to break his bones while others watch,” said Marcolins.

Francis, who leaves for Greece on Saturday, called earlier on Friday for healing on Cyprus during a Mass conducted within sight of a huge Turkish Cypriot flag on a mountainside on the other side of the line that divides the Mediterranean island.

He wove his homily around the theme of shared pain – topics that touch a chord with all Cypriots on an island that has been split in two since a 1974 Turkish invasion triggered by a Greek-inspired coup.

Countless mediation attempts on Cyprus have failed and the peace process stalled in 2017 when talks collapsed. Tens of thousands of Greek and Turkish Cypriots remain internally displaced.

The huge Turkish Cypriot flag painted into the mountainside, which is lit up at night, is a constant reminder of division.

Denial of responsibility! TechiLive.in is an automatic aggregator around the global media. All the content are available free on Internet. We have just arranged it in one platform for educational purpose only. In each content, the hyperlink to the primary source is specified. All trademarks belong to their rightful owners, all materials to their authors. If you are the owner of the content and do not want us to publish your materials on our website, please contact us by email – [email protected]. The content will be deleted within 24 hours.
ConditionsCyprusdenouncesEuropegulagHealth newsHealth updateliving
Share

Natasha Dalal all set for her OTT debut

Google says 5% more workers coming in to office each week

We just can’t let Apple rumors die, even if…