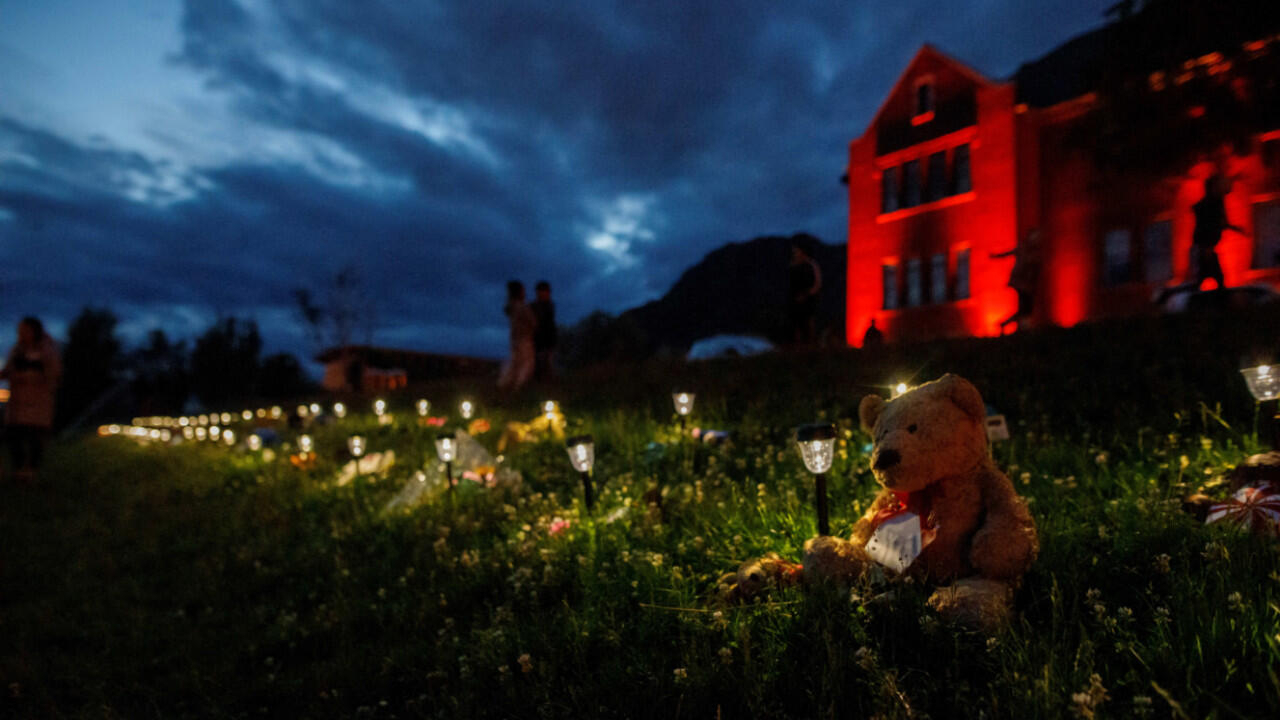 Pope voices pain over deaths of indigenous children in Canada, but doesn’t apologise

Pope Francis said on Sunday that he was pained by the discovery of the remains of 215 children at a former Catholic school for indigenous students in Canada and called for respect of the rights and cultures of native peoples.

However, Francis stopped short of the direct apology some Canadians had demanded. Two days ago, Canadian Prime Minister Justin Trudeau said the Catholic Church must take responsibility for its role in running many of the schools.

Speaking to pilgrims and tourists in St. Peter’s Square for his weekly blessing, Francis urged Canadian political and Catholic religious leaders to “cooperate with determination” to shed light on the finding and to seek reconciliation and healing.

Francis said he felt close to “the Canadian people, who have been traumatised by the shocking news”.

The residential schools operated between 1831 and 1996 and were run by a number of Christian denominations on behalf of the government. Most were run by the Catholic Church.

The discovery last month of the remains of the children at the Kamloops Indian Residential School in British Columbia, which closed in 1978, has reopened old wounds and is fuelling outrage in Canada about the lack of information and accountability.

“I follow with sorrow the news that arrives from Canada about the upsetting discovery of the remains of 215 children,” Francis said in his customary Sunday noon remarks to the public.

“I join with the Catholic church in Canada in expressing closeness to the Canadian people traumatised by the shocking news,” Francis said. ”This sad discovery increases the awareness of the sorrows and sufferings of the past.”

“May the political and religious authorities continue to collaborate with determination to shed light on this sad affair and to commit to a path of healing,” Francis added.

“These difficult moments represent a strong reminder for all of us to distance ourselves from the model of coloniser … and to walk side by side in dialogue and in mutual respect in the recognition of the rights and cultural values of all the sons and daughters of Canada,” he said.

The residential school system forcibly separated about 150,000 children from their homes. Many were subjected to abuse, rape and malnutrition in what Canada’s Truth and Reconciliation Commission in 2015 called “cultural genocide”.

“Let us commend to the Lord the souls of all of the dead children in the residential schools of Canada and let us pray for the families and the native communities of Canada shattered by pain,” he said before asking the crowd to join him in silent prayer.

Francis, who was elected pope 17 years after the last schools were closed, has already apologised for the Church’s role in colonialism in the Americas.

But he has mostly chosen to make direct apologies while visiting countries and talking to native peoples. No papal visit to Canada is scheduled.

Visiting Bolivia in 2015, Francis apologised for the “many grave sins … committed against the native people of America in the name of God”.

Trudeau on Friday blasted the Church for being “silent” and “not stepping up”, and called on it to formally apologise and to make amends for its prominent role in his nation’s former system of church-run indigenous boarding schools. He noted that when he met with Francis at the Vatican in 2017, he had asked him to “move forward on apologising” and on making records available.

(FRANCE 24 with REUTERS and AP)

Denial of responsibility! TechiLive.in is an automatic aggregator around the global media. All the content are available free on Internet. We have just arranged it in one platform for educational purpose only. In each content, the hyperlink to the primary source is specified. All trademarks belong to their rightful owners, all materials to their authors. If you are the owner of the content and do not want us to publish your materials on our website, please contact us by email – [email protected]. The content will be deleted within 24 hours.
Loading...
AmericasapologiseCanadaCatholic ChurchChildrendeathsdoesntHealth news
0
Share

What Working From Home Taught Us About Our Office Setups