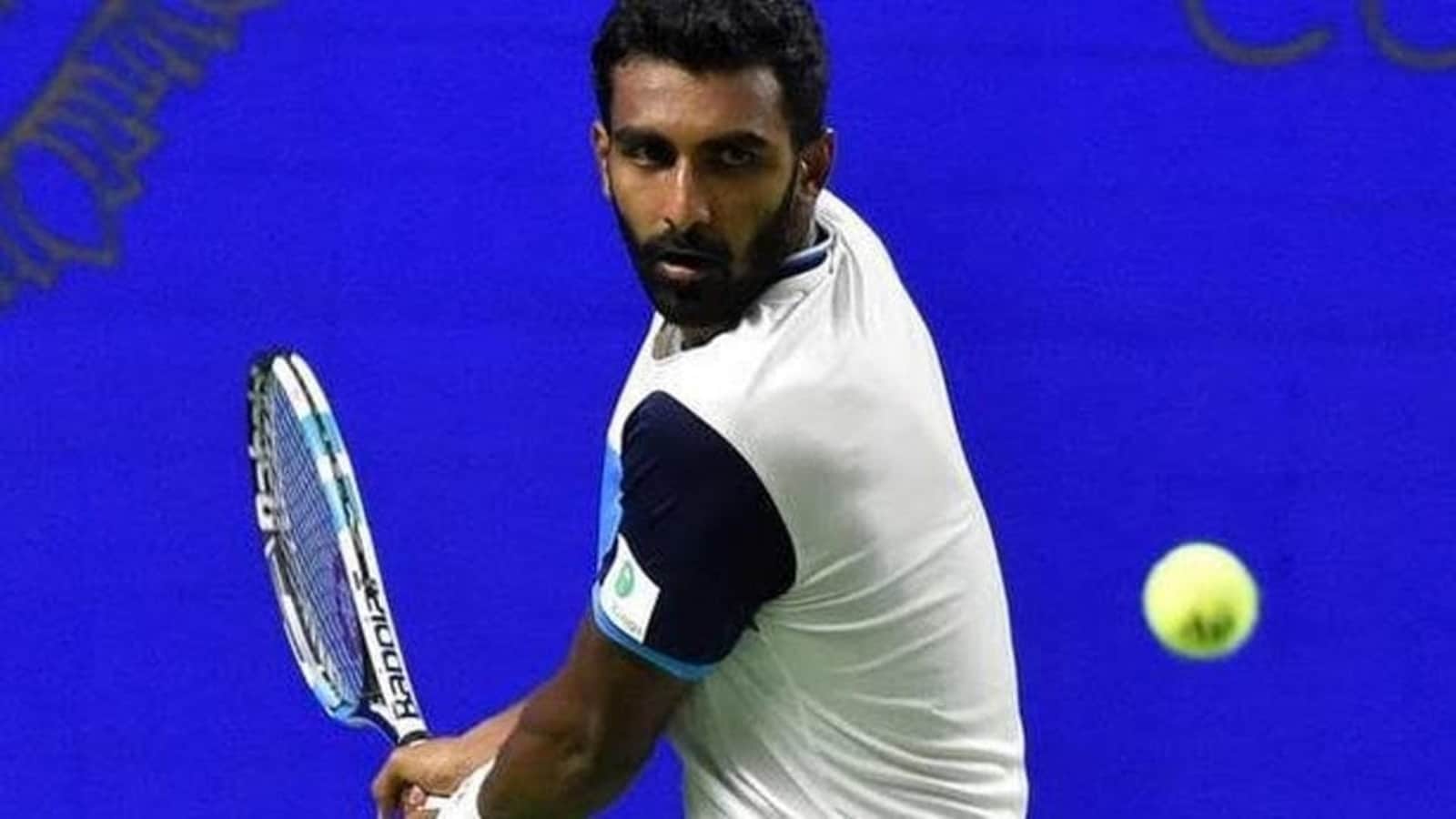 Prajnesh Gunneswaran lost rhythm and energy before staging a mini-comeback but eventually bowed out of the Australian Open Qualifiers with a second-round defeat against Germany’s Maximilian Marterer, here on Wednesday.

Up against a rival, who served big and packed a lot of power in his strokes but placed seven places below him at 228, Prajnesh lost 2-6 6-7(8) in one hour and 26 minutes.

With Prajnesh losing the battle of the left-handers, Yuki Bhambri is now the only Indian surviving in the Qualifiers. Ramkumar Ramanathan and Ankita Raina have already exited the competition.

Down 2-6 2-4, Prajnesh managed to stretch it to a tie-breaker but squandered many a set point to lose the match.

Prajnesh handed the German two break chances in the fourth game of the match when he made a volley error after setting up the point and followed that up with wide forehand.

The Indian saved the first chance with a big serve while Marterer’s backhand slice landed just outside the baseline on the second.

An engrossing rally, that put Prajnesh’s backhand to test against the German’s forehand, ensued in the sixth game.

A smart backhand slice by Marterer, after no less than a 20-shot exchange ended the rally as Prajnesh hit the pick-up out, looking for a cross court forehand winner.

Prajnesh’s strokes began to lose power and precision after losing that energy-sapping rally and the German began to dictate terms.

Marterer hit a forehand winner to earn two break chances and converted the second for a 4-2 lead when Prajnesh made a forehand error.

The German came out serving big in the next game to consolidate his lead but Prajnesh seemed to have lost energy as unforced errors flew from his racquet as he surrendered the opening set.

Early in the second set, Prajnesh went from 40-0 to deuce and was down a breakpoint when he sent another shot long.

Marterer could not covert that but created one more chance when he had Parjnesh scurried to the net from the baseline to miss the ball. Already a break-up, Marterer held his own for a 4-1 lead.

A glimmer of hope came when the German allowed Prajnesh an opening by dropping his serve in the seventh game as it was back on serve.

Yuki Bhambri has a task cut out as he faces world number 130 Tomas Machac from Czech Republic. Yuki is ranked outside top-1000 and has entered the event, using his Protected Ranking (127).

Denial of responsibility! TechiLive.in is an automatic aggregator around the global media. All the content are available free on Internet. We have just arranged it in one platform for educational purpose only. In each content, the hyperlink to the primary source is specified. All trademarks belong to their rightful owners, all materials to their authors. If you are the owner of the content and do not want us to publish your materials on our website, please contact us by email – [email protected]. The content will be deleted within 24 hours.
AustralianAustralian OpenAustralian open 2022defeatExitsnews updateOpenPrajnesh
Share