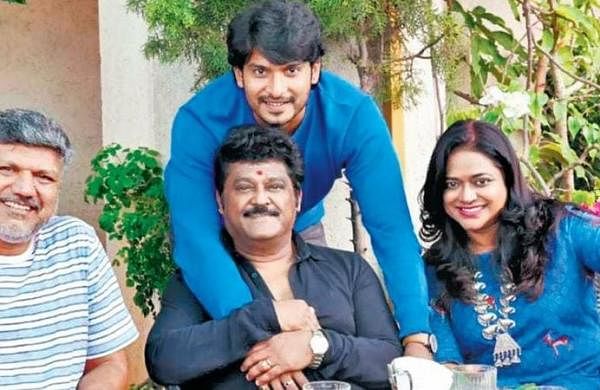 Premier Padmini sequel will be more of a fun ride: Jaggesh

Jaggesh is glad to have good scripts coming his way. The Navarasa Nayaka of Sandalwood, who recently signed a film with director Santhosh Ananddram, titled, Raghavendra Stores has greenlit yet another project – a sequel to Premier Padmini.

Director Ramesh Indira and producer Shruti Naidu recently met Jaggesh to discuss the script. The actor is said to be mighty impressed with the story.

According to Shruti Naidu, Jaggesh and Pramod will be part of the project, and the team is looking to bring in more actors.

“Premier Padmini was released in 2019 and turned out to be an emotional roller coaster. However, the sequel will be more of a fun ride,” says Shruti, who plans to begin the shooting in 2022.

“Ramesh Indira has proved his mettle with Premier Padmini, and the team had immediately planned to start the sequel, “ says Jaggesh.

However, the project got delayed due to the Covid pandemic. “Yet, the covid lockdown turned out to be an advantage to the director in a way.  They had time to develop the script. I recently met the team and was impressed by the script,” says the actor.

Jaggesh adds, “Right now, I have a handful of good projects in hand, which will keep me busy in the coming months.”

Jaggesh is looking forward to the release of director Vijay Prasad’s Totapuri this year. “I am currently shooting for Ranganayaka and will begin my project with Santhosh Ananddram in November. Then I will follow it with the Premier Padmini sequel,” he signs off.

Denial of responsibility! TechiLive.in is an automatic aggregator around the global media. All the content are available free on Internet. We have just arranged it in one platform for educational purpose only. In each content, the hyperlink to the primary source is specified. All trademarks belong to their rightful owners, all materials to their authors. If you are the owner of the content and do not want us to publish your materials on our website, please contact us by email – [email protected]. The content will be deleted within 24 hours.
entertainment newsEntertainment updatefunJaggeshnews updatePadminisequelPremierPremier Padmini
Share