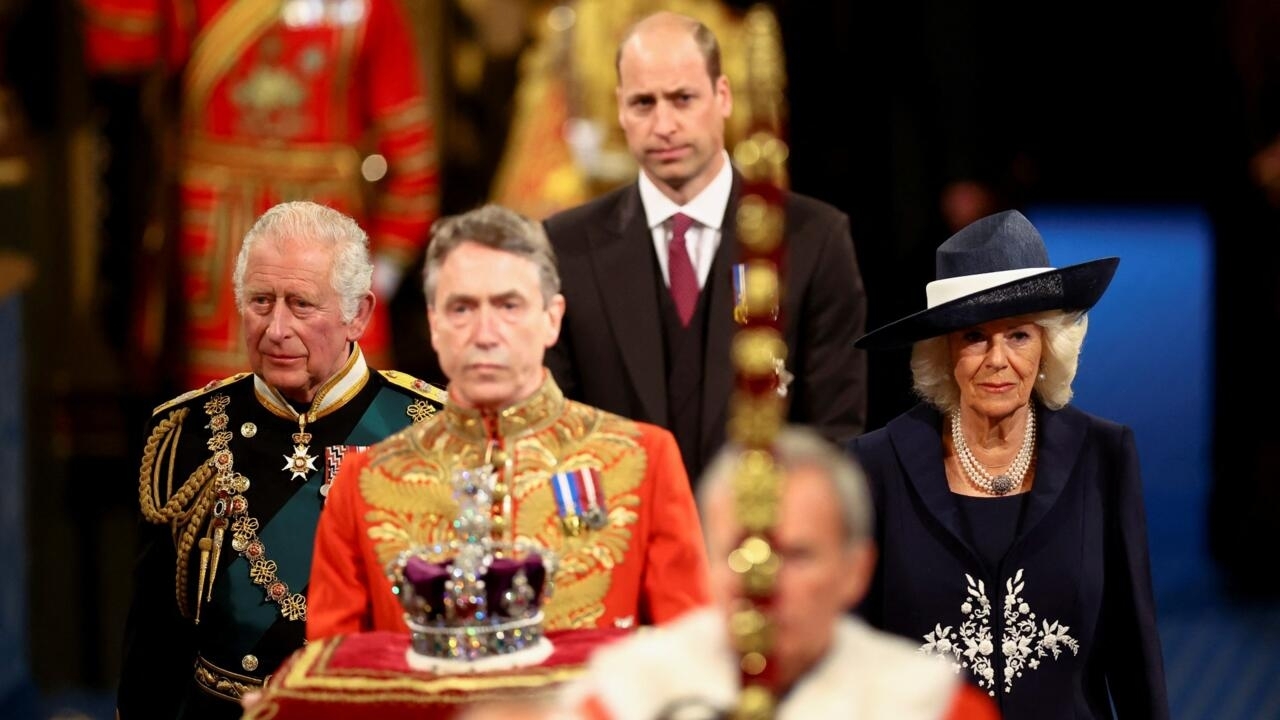 Britain’s heir to the throne replaced his 96-year-old mother Queen Elizabeth II at Tuesday’s formal opening of the UK parliament, marking the first time since 1963 that the monarch misses the ceremonial event, which sets out the government’s legislative plans.

With the queen forced to withdraw on Monday due to a recurrence of mobility issues, 73-year-old Charles arrived at the Palace of Westminster to read out the government’s legislative agenda.

Charles, who had attended the opening of parliament alongside his mother in recent years, started reading out each bill by saying: “Her majesty’s government will…”.

The State Opening of Parliament is an event of huge pomp and pageantry which traditionally sees the queen travelling to the assembly in a State Coach, escorted by mounted soldiers in ceremonial uniform, while the Imperial State Crown and other regalia travel ahead in a carriage of their own.

The monarch dons the Robe of State before leading a procession to the House of Lords upper chamber where she sits on a throne and formally opens a new session of parliament, reading a speech written by the government outlining its legislative plans.

The queen had to issue a ‘Letters Patent’ to authorise Charles and William to carry out her role at the constitutional event, which she missed only twice during her 70-year reign – in 1959 and 1963, when she was pregnant with sons Andrew and Edward.

Queen Elizabeth has missed a number of public engagements since she was hospitalised for a night last October for an unspecified illness. She has complained of difficulties standing and working, as well as a bout of Covid.

Denial of responsibility! TechiLive.in is an automatic aggregator around the global media. All the content are available free on Internet. We have just arranged it in one platform for educational purpose only. In each content, the hyperlink to the primary source is specified. All trademarks belong to their rightful owners, all materials to their authors. If you are the owner of the content and do not want us to publish your materials on our website, please contact us by email – [email protected]. The content will be deleted within 24 hours.
CharlesElizabethEuropeHealth newsHealth updatemonarchynews updateOpening
Share

God of War Ragnarok is making a bigger push for…

The hoist: How one act left a permanent mark on netball