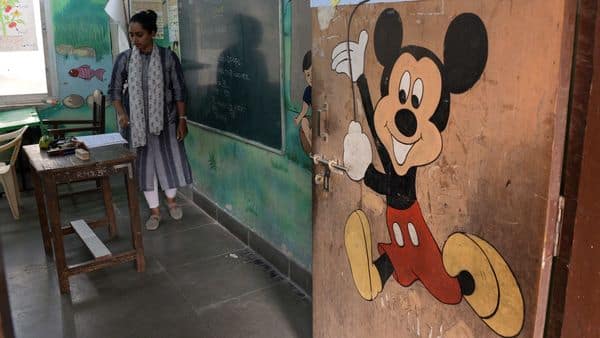 Physical classes will remain suspended for students of standard 1 to 9 in all schools of Puducherry from Monday, the union territory administration has said.

According to news agency PTI, director of school education PT Rudra Goud said all schools, including the privately managed and government-aided institutions, would remain closed in view of ‘surge in the number of daily cases’.

Home and education minister A Namassivayam said in a release that online classes would resume for students of Classes 1 to 9 as a holiday has been declared for these classes from tomorrow until further orders.

The government had reopened schools for classes 1 to 9 on 4 December with the Covid-19 pandemic situation showing signs of abatement.

The government has already dispensed with the physical conduct of the 25th National Youth Festival and has announced that it would be inaugurated on 12 January by Prime Minister through the virtual mode from Delhi.

The UT administration had recently imposed restrictions up to 31 January midnight, under which, all the malls, markets are allowed to operate at not more than 50% capacity.

Further, intra and inter-district public transport, cinemas, gyms, salons, parlours, auditoriums will operate at 50% seating too, according to an official order.

Puducherry clocked 444 fresh coronavirus cases in the last 24 hours as the test positivity rate shot up to 13.87%, a top health department official said on Sunday. The addition of the new infections took the overall tally in the union territory to 1,30,722.

No fatality was reported in the last 24 hours ending 10 am Sunday and the death toll stands at 1,882.

While 19 patients recovered and were discharged during the last 24 hours, the overall recoveries climbed to 1,27,590.

The number of active cases stood at 1,250 with 100 patients undergoing treatment in hospitals and the remaining 1,150 in home isolation.

Denial of responsibility! TechiLive.in is an automatic aggregator around the global media. All the content are available free on Internet. We have just arranged it in one platform for educational purpose only. In each content, the hyperlink to the primary source is specified. All trademarks belong to their rightful owners, all materials to their authors. If you are the owner of the content and do not want us to publish your materials on our website, please contact us by email – [email protected]. The content will be deleted within 24 hours.
ClassesEducation newsEducation updatenews updatePuducherrypuducherry classes shutpuducherry schoolspuducherry schools closed
Share

Mahesh Babu pays heart-wrenching tribute to brother Ramesh Babu: ‘If not for you, I wouldn’t be half the man I’m today’