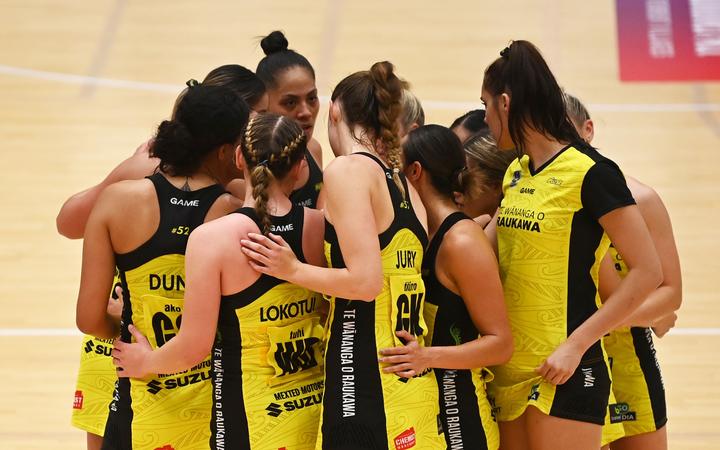 The Pulse rallied in the final quarter to score a come from behind 50-44 win over the Southern Steel in their ANZ netball Premiership game in Dunedin.

While the Steel led at every quarter break, the Pulse finally found their rhythm and turned up the intensity in the last stanza, winning the final quarter 15-5.

With just three rounds to go, the fourth-placed Steel also missed out on a crucial bonus point with their last quarter collapse.

The comeback win also signalled a turnaround in fortunes for Pulse midcourter Maddy Gordon, who made the starting seven for the first time this season, returning from a frustrating knee injury.

Unrelenting at both centre and wing defence, Gordon played all 60 minutes and was rewarded with MVP honours.

Not so good for the Pulse was an injury to wing defence Paris Lokotui – who collapsed in a heap holding her left knee in the first four minutes of the game. She was helped from the court and returned to the bench on crutches unable to continue in the match.

It was a frenetic start as both sides put the attacks under pressure and forced a volley of mistakes.

The Steel defence were in outstanding form from the get-go, with Kate Burley (coming back from Covid) quick to get her eye in and make some critical gains, and Te Huinga Reo Selby-Rickit keeping Pusle goal shoot Aliyah Dunn remarkably quiet.

The home side quickly established a four goal lead, and coach Reinga Bloxham made her scheduled changes to keep the side fresh.

Both Saviour Tui and Georgia Heffernan were more than useful in support of goal shoot George Fisher in the shooting circle, in spite of the intense attention Fisher came under from Pulse goal keep Kelly Jury, and the Steel were up 18-13 at the first break.

Courtney Elliott had come on at wing defence as the replacement for Lokotui, but at the start of the second quarter, Gordon moved to wing defence and Erikana Pedersen slotted into the middle, and the difference paid off immediately.

The Pulse put the Steel under all kinds of pressure and scored four in a row to get back to within one. But they couldn’t maintain that intensity, and with Shannon Saunders rallying her troops from wing attack, the Steel pushed out to a 27-23 lead at halftime.

While Dunn was accurate under the hoop, she was quieter than normal, and Tiana Metuarau took some of the heat off her shooting from further out. At the other end, Fisher was narrowly winning the battle against Jury.

With the third quarter drawn, the Steel were still four ahead, 39-35, at the start of the last 15 minutes.

But the Pulse weren’t prepared to live with that, and scored the first seven goals after the break through some patience working the ball through court, making space, and pressuring the Steel into basic errors.

With Dunn stepping up her intensity – eventually shooting 36 from 37 – and Whitney Souness employing some clever feeding, the Pulse finally took the lead in the match by four with seven minutes left.

A frustrated Fisher then went to the bench, with Tui taking her place at goal shoot and immediately sinking a goal shot while she was hanging in the air almost behind the hoop.

But by then, the damage had been done, and the Pulse’s resurgence could not be shut down.

Denial of responsibility! TechiLive.in is an automatic aggregator around the global media. All the content are available free on Internet. We have just arranged it in one platform for educational purpose only. In each content, the hyperlink to the primary source is specified. All trademarks belong to their rightful owners, all materials to their authors. If you are the owner of the content and do not want us to publish your materials on our website, please contact us by email – [email protected]. The content will be deleted within 24 hours.
AudioBeatCurrent AffairsFinalfireNewsnews updatePodcasts
Share