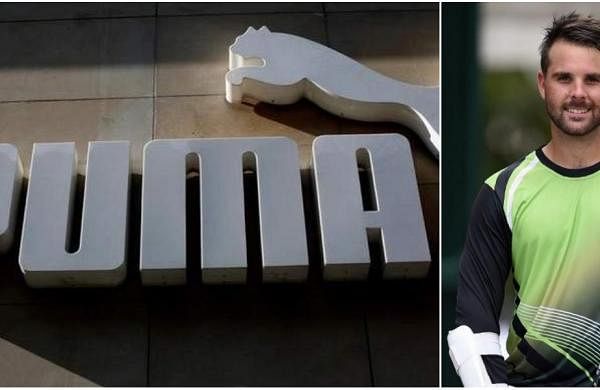 HARARE: Sportsgear brand Puma came forward with a sponsorship deal after Zimbabwe batsman Ryan Burl requested for sponsorships for the national team, posting a photo of worn-out shoes to highlight the plight of his country’s cricket.

The 27-year-old Burl, a left-handed middle-order batsman who has played three Tests, 18 ODIs and 25 T20Is, tweeted a picture of his shoe, a glue stick and some tools to fix it. “Any chance we can get a sponsor so we don’t have to glue our shoes back after every series,” Burl asked in a tweet at a time when some of the cricket boards are earning millions from sponsorships alone.

Time to put the glue away, I got you covered @ryanburl3  https://t.co/FUd7U0w3U7

“Time to put the glue away, I got you covered,” said Puma retweeting Ryan’s post, indicating that the sports apparel brand is ready to sponsor the kits for Zimbabwe’s cricket team.

Confirming the sponsorship deal, Ryan thanked the Twitter community for extending support. “I am so proud to announce that I’ll be joining the @pumacricket team. This is all due to the help and support from the fans over the last 24 hours,” he tweeted.

Zimbabwe, which was granted ODI status before the 1983 World Cup and Test status in 1992, has been struggling in international cricket for a long time.

I am so proud to announce that I’ll be joining the @pumacricket team. This is all due to the help and support from the fans over the last 24 hours. I couldn’t be more grateful to you all. Thanks so much @PUMA

The country has failed to produce cricketers such as the Flower brothers — Andy and Grant, Alistair Campbell, Dave Houghton, Heath Streak and Neil Johnson, who once represented the African nation with some success.

The ICC had suspended the country’s cricket board in 2019 due to government interference and disallowed them from competing in the T20 World Cup Qualifiers later that year. However, Zimbabwe was reinstated later.

Recently, the touring Pakistan team completed a clean sweep of the two-match Test series and won the T20I series 2-1 in Zimbabwe.

(With inputs from PTI)

Loading...
Denial of responsibility! TechiLive.in is an automatic aggregator around the global media. All the content are available free on Internet. We have just arranged it in one platform for educational purpose only. In each content, the hyperlink to the primary source is specified. All trademarks belong to their rightful owners, all materials to their authors. If you are the owner of the content and do not want us to publish your materials on our website, please contact us by email – [email protected]. The content will be deleted within 24 hours.
Cricket sponsorshipscricketernews updatephotoPostsPumaPuma Zimbabwe teamRyan Burl
0
Share