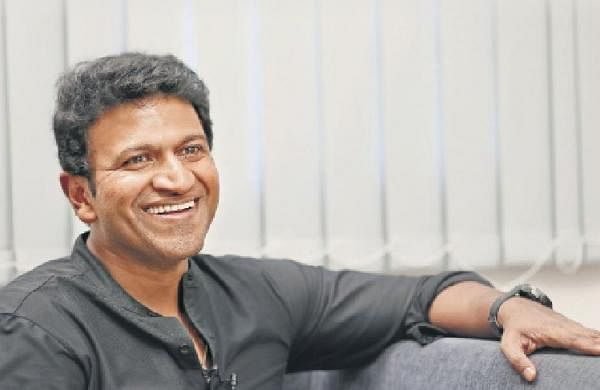 Puneeth Rajkumar, Santhosh Ananddram’s next to be an action entertainer

BENGALURU : The actor-director duo of Puneeth Rajkumar and Santhosh Ananddram are set to collaborate once again with Hombale Films for an action entertainer. This will be the third project of the trio after Raajakumara and Yuvarathnaa. “To all the fans and audience who are continuously asking about my film with Power star Puneeth Rajkumar sir and Hombale films, it will start by early next year. Thanks for the love (sic),” a tweet by the director recently came as a surprise to Puneeth Rajkumar fans, who celebrated this announcement on social media.

In an interaction with us, Santhosh reveals that he is brainstorming on a subject, which is being planned as a rustic action entertainer. The director is sure about coming up with something that will be different from their previous two ventures. “When it comes to working with Puneeth, it is not that the subject is created thinking of him, or the story decides to cast the star, it develops parallelly.

In search of a new storyline, we decided to go with an action entertainer that will tackle intense emotions with vigour,” says Santhosh, adding, “As a filmmaker, we are always looking at ways to entertain the audience every time with a new subject. The acceptance of any film depends on them, and there will be a constant attempt from our end to give them something new.”

This is a hattrick combination of Puneeth Rajkumar, Santhosh Ananddram, and producer Vijay Kiragandur. “Collaboration of actor-directors and producers has been a trend existing across a few languages, especially in Hindi, and Telugu. It is not that we don’t want to do films with others. It is just that there is a wonderful comfort level between us. The time, story, and availability also matter. Above all, the subject should justify the combination,” says Santhosh about the trio teaming up again.  The director, who is currently in the process of locking the script, is getting prepared to begin shooting for the project in 2022. “The project in all likelihood to go on floors in April or in May next year,” Santhosh tells us.

Denial of responsibility! TechiLive.in is an automatic aggregator around the global media. All the content are available free on Internet. We have just arranged it in one platform for educational purpose only. In each content, the hyperlink to the primary source is specified. All trademarks belong to their rightful owners, all materials to their authors. If you are the owner of the content and do not want us to publish your materials on our website, please contact us by email – [email protected]. The content will be deleted within 24 hours.
ActionAnanddramsnextentertainerentertainment newsEntertainment updatenews updatePuneethPuneeth Rajkumar
Share

Bun Parotta: This Famous Parotta Recipe From Madurai Is A Must Try