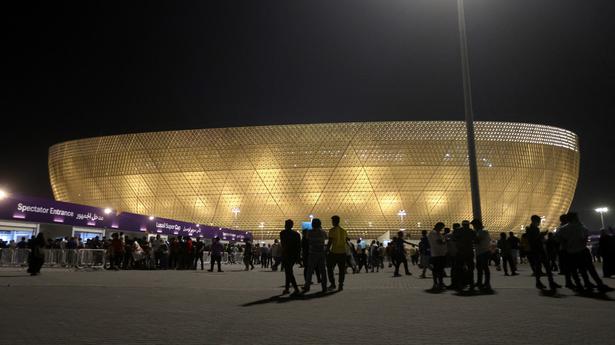 Qatar ready to present its sporting metamorphosis to the world

The Lusail Stadium will host the most number of matches (10), including the 2022 FIFA World Cup final, and proved its merit with the most modern and impressive facilities

The Lusail Stadium will host the most number of matches (10), including the 2022 FIFA World Cup final, and proved its merit with the most modern and impressive facilities

Qatar has spared no effort in its endeavour to bring about a radical transformation in its outlook and identity. The oil-rich peninsular nation in the Persian Gulf has drawn on its vast resources to build up its sports infrastructure to a magnitude very few countries can match.

The FIFA World Cup — November 20-December 18 — will bear testimony to this metamorphosis as the cherubic mascot La Eeb, which means super-skilled player in Arabic, welcomes more than a million fans from across the globe.

The dress rehearsal for football’s biggest event was held recently in the form of the Lusail Super Cup. The Super Cup was a one-off match between the top teams of Saudi Arabia and Egypt — Al Hilal SFC and Zamalek SC — that put to the test all factors related to the successful organisation of the World Cup.

The Lusail Stadium will host the most number of matches (10), including the final, and proved its merit with the most modern and impressive facilities.

The stadium can accommodate 80,000 spectators and looks beautiful with its interplay of light and shadow characterising the ‘fanar’ lantern. Its shape echoes the decorative motifs that reflect the craftsmanship of the Arab and Islamic worlds.

What makes the Lusail Stadium more attractive are the technological features. It has a roof made of PTFE that protects the venue from hot winds, keeps out dust and allows in enough light for the turf to grow while providing shade to reduce the burden on the stadium’s air-conditioning.

The air-conditioning also stood the test of making the Super Cup match a pleasurable experience for the 77,575 spectators. In the end, Al Hilal’s 4-1 win via tie-breaker brought cheer to the Saudi Arabian supporters who came in large numbers from across the border.

The Super Cup also tested the efficacy of the Metro network, constructed specifically to connect World Cup venues, and the digital Hayya Card that provides stadium access as well as rides on the Metro.

The Doha administration has also readied a fleet of buses, most of which are electric vehicles, to augment the transportation system during the World Cup.

“Qatar is ready to host a unique version of the FIFA World Cup. Fans from everywhere will be welcomed with open arms. They should expect amazing football on the pitch and incredible experiences off it. Qatar will deliver a range of entertainment to suit every taste and budget. This will be a FIFA World Cup to remember for everyone who attends and the billions tuning in across the globe,” were the words of assurance from Nasser Al Khater, CEO, FIFA World Cup Qatar.

What Nasser meant was the plethora of attractions that include the exotic assortment of perfumes, spices, dates and a wide collection of the mesmerising Arabic art in the local markets (called the Souqs), water sports on the inviting sea, huge shopping malls catering to the world of fashion and the museums that will transport the visitor to the past heritage of this ancient peninsula.

It is important for Qatar to present its dynamics as a modern nation, for the success of the FIFA World Cup will certainly give it the impetus to bid for the biggest sporting spectacle on earth – the Olympics.

Denial of responsibility! TechiLive.in is an automatic aggregator around the global media. All the content are available free on Internet. We have just arranged it in one platform for educational purpose only. In each content, the hyperlink to the primary source is specified. All trademarks belong to their rightful owners, all materials to their authors. If you are the owner of the content and do not want us to publish your materials on our website, please contact us by email – [email protected]. The content will be deleted within 24 hours.
2022 Qatar FIFA World Cup Final Stadium Venue2022 Qatar FIFA World Cup Final Stadium Venue the hinduDohafifa wc 2022FIFA World CupFIFA World Cup stadiumFIFA World Cup venuefootball
Share