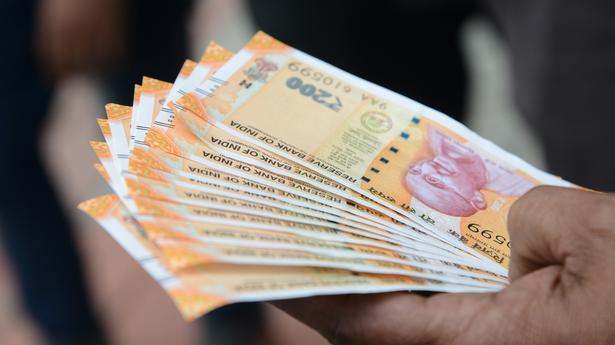 Quoting PAN or Aadhaar must for deposit/withdrawal of ₹20 lakh, current A/C opening

The government has made it mandatory to quote either PAN or Aadhaar for depositing or withdrawing over ₹20 lakh in a financial year or opening of a current account.

The Central Board of Direct Taxes (CBDT), in a notification, said furnishing the Permanent Account Number (PAN) or biometric Aadhaar will be mandatory for such high-value deposits or withdrawals from banks in a financial year, or opening of a current account or cash credit account with a bank or post office.

Commenting on the move, AKM Global Tax Partner Sandeep Sehgal said this shall bring in more transparency to financial transactions where banks, post offices and co-operative societies would be required to report the transactions of deposits and withdrawals aggregating to ₹20 lakh or more in a financial year.

“Further, the mandatory condition of obtaining PAN for deposit and even for withdrawals would help the government in tracing the movement of cash in the system. All in all, this would tighten the entire process of suspicious cash deposits and withdrawals with the already present TDS provision u/s 194N under the Income-tax Act, 1961,” Mr. Sehgal said.

An assessee needs to mention his/her PAN in all communications with the I-T department and while entering into specified financial transactions.

However, there can be situations where a person entering into high-value transactions, such as purchase of foreign currency or huge withdrawal from banks, does not possess a PAN.

The Finance Act, 2019, has provided for interchangeability of PAN with Aadhaar.

It has been provided that every person who is required to furnish or quote his PAN under the Income Tax Act, and who has not been allotted a PAN but possesses the Aadhaar number, may furnish the biometric ID in lieu of PAN.

Nangia & Co LLP Partner Shailesh Kumar said once such person quotes the PAN it will be easier for the tax authorities to track the transactions.

“The government has constantly been striving to increase its taxpayer base to be able to bring such people under the tax net who may be entering into large transactions but do not hold a PAN,” Mr. Kumar said.

It may eventually become difficult where a person tries to avoid filing return of income, he added.

Denial of responsibility! TechiLive.in is an automatic aggregator around the global media. All the content are available free on Internet. We have just arranged it in one platform for educational purpose only. In each content, the hyperlink to the primary source is specified. All trademarks belong to their rightful owners, all materials to their authors. If you are the owner of the content and do not want us to publish your materials on our website, please contact us by email – [email protected]. The content will be deleted within 24 hours.
aadhaarbusiness newsBusiness updateCurrentdepositwithdrawallakhnews updateOpening
Share