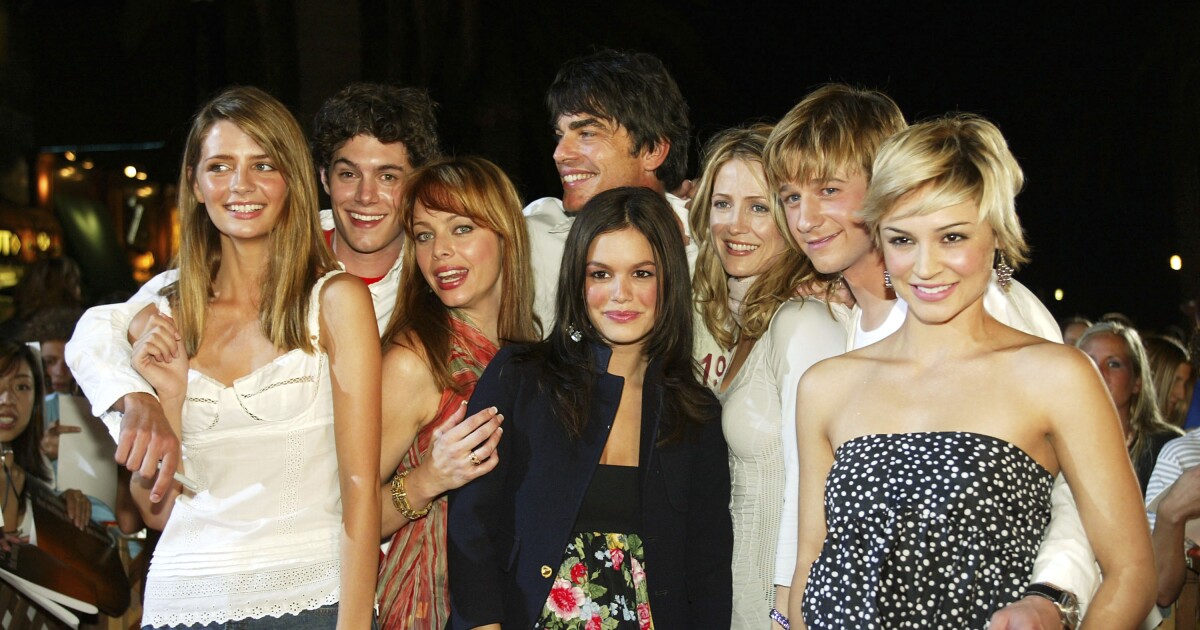 “The O.C.” star Mischa Barton recently opened up about the behind-the-scenes events that led to her beloved TV character’s shocking death, citing a stressful work environment and a lack of support from her castmates, among other reasons.

But her costars Rachel Bilson and Melinda Clarke remember things “a little differently.”

“Melinda and I were talking immediately after [the Barton interview] came out, and we were just like, ‘Wait, what?’” Bilson said Monday on Danny Pellegrino’s “Everything Iconic” podcast.

Last month, Barton sounded off in a candid interview with E! News about the decision to kill off her leading character, Marissa Cooper, in a gruesome car accident at the end of the hit drama’s third season, which aired from 2005 to 2006.

After years of rampant speculation as to what prompted Marissa’s sudden demise, Barton finally set the record straight about her experience on the Fox series.

“I’ve always felt ashamed in a way to really talk about what went on behind the scenes because I’ve always been a very private person and very aware of people’s feelings,” Barton told E!

“Now that we’re living in this era where we do speak out about our experiences and women do come clean about what was really going on behind the scenes and how they were treated, it’s a slightly different thing.”

Though Barton named a number of upsetting factors that allegedly contributed to her departure, she said discussions regarding her potential exit from the show “started pretty early on because it had a lot to do with” Bilson’s “last-minute” promotion to series regular, which allegedly altered “everybody’s pay” accordingly after the first season.

While responding to Barton’s comments this week, Bilson dismissed the idea that she was promoted “last minute” as “completely false.”

“That’s misinformation,” said Bilson, who played Summer Roberts on the show. “Where is she going with this and what is she trying to say? I would actually like to talk to her and find out what her experience was from her perspective, because I saw things a little differently.”

Barton also claimed she was subjected to “general bullying from some of the men on set,” in addition to long, exhausting work hours as the series lead. Eventually, Barton alleged, she was given an ultimatum: “Sail off into the sunset and potentially you can come back in the future in some bizarre TV scenario, or we can kill your character off and you can go on with your career that you want.”

She chose the latter.

“I was really sad I was going because that was like my family, but there had also been some things that weren’t so cool and I would be lying to say I wasn’t a little bit relieved that I was going to extricate myself from that situation,” Barton told E! News.

“Certain people, when they see me from the show they are so excited to see me and they only remember the good times. So it’s a bit of a mixed bag how we all feel about it. … There were people on that set that were very mean to me. It wasn’t … the most ideal environment for a young, sensitive girl who’s also been thrust into stardom to have to put up with.”

After reading and discussing their former co-worker’s statements, Bilson and Clarke invited Barton to join them for an episode of their “Welcome to the OC, B—” podcast to compare their experiences on set.

“Someone who is 16, 17, 18 — that amount of hours of work, pressure, at such a young age — at best, you’re exhausted,” Clarke said, responding to the Barton interview. “And at worst, it’s overwhelming and chaotic so, it kinda breaks my heart a little.

“We knew there was a lot of pressure on her but if it was really that bad of an experience, that’s not right for any young person,” she added. “But some of the comments were very perplexing to me, so I don’t know what the truth is about that. I do know that, yes, this was an enormous amount of pressure for her. And for everybody.”

Bilson was also stunned by Barton’s account, while Clarke — who portrayed Julie Cooper — could “only imagine that it was pretty … overwhelming … to navigate these waters at that age.”

“I’m definitely pretty confused by most of it,” Bilson added. “I don’t know who she’s referring to because I didn’t personally witness any of that.”

Denial of responsibility! TechiLive.in is an automatic aggregator around the global media. All the content are available free on Internet. We have just arranged it in one platform for educational purpose only. In each content, the hyperlink to the primary source is specified. All trademarks belong to their rightful owners, all materials to their authors. If you are the owner of the content and do not want us to publish your materials on our website, please contact us by email – [email protected]. The content will be deleted within 24 hours.
Loading...
BartonsBilsonClarkeentertainment newsEntertainment updateMelindaMischanews update
0
Share