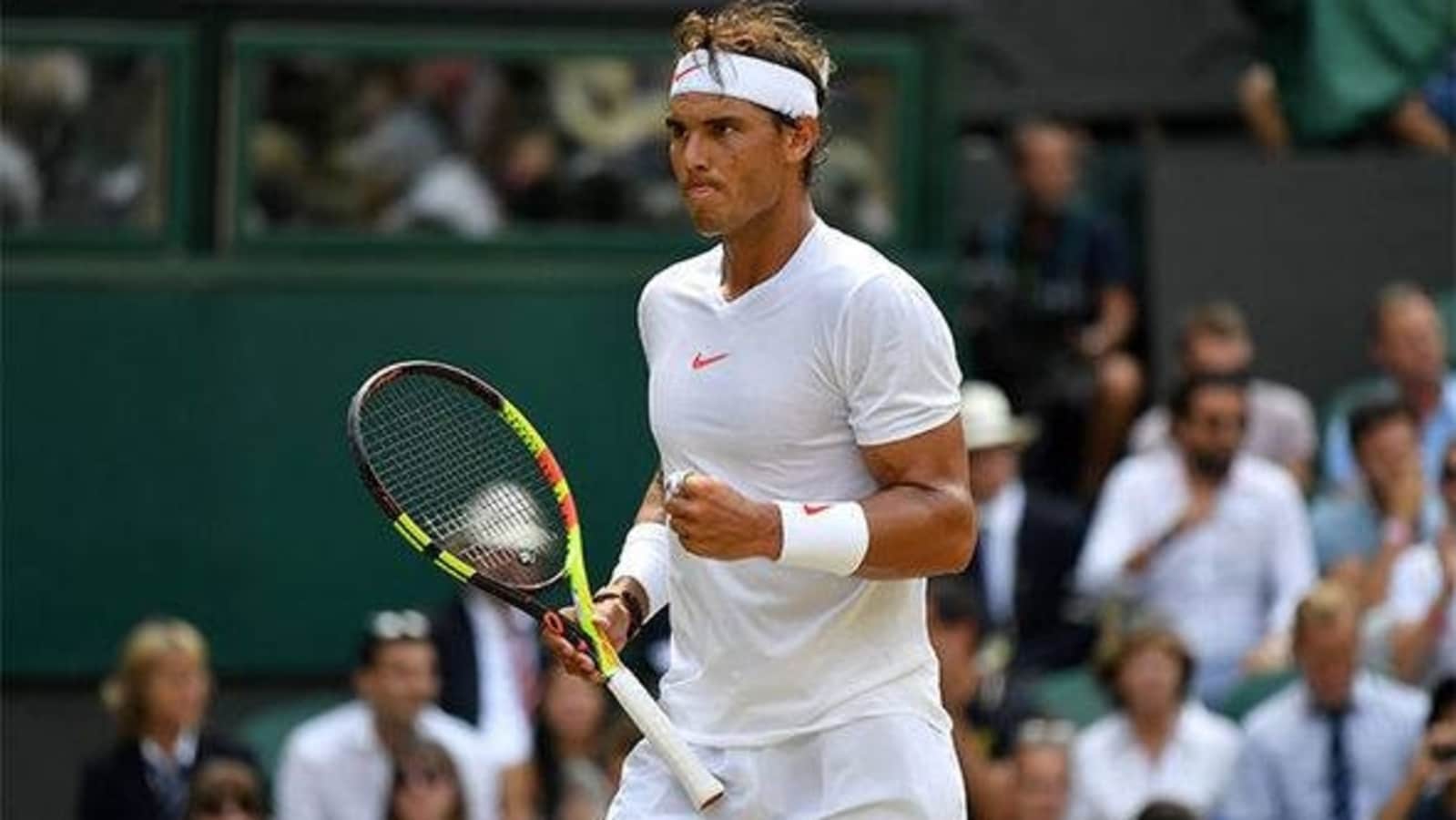 Rafael Nadal makes massive announcement on Wimbledon plans: “My intention is to play. I will travel to London on Monday”

Rafael Nadal is all set to make a bid for a Calendar Slam as the Spaniard has made his intentions clear to play the 2022 Wimbledon Championships, which begins from June 27 at the All England Club. Nadal will be making his first appearance at the tournament since reaching the semis in 2019.

“My intention is to play Wimbledon. On Monday I will go to London and if I travel it is because I intend to play. Then we’ll see what happens. After 3 years without playing on grass you have to be patient. Every day I have improved a bit in sensations. The treatment and the last week of training tells me there is a chance. I will travel to London on Monday, play an exhibition at Hurlingham and do a week of training to see if it’s possible,” he said in a presser in Mallorca today.

Nadal had earlier revealed, following his French Open haul, that he would undergo a pulse radiofrequency treatment on his left foot and later decide on his Wimbledon plan.

ALSO READ: ‘Nadal is No. 1 in the world forever. Djokovic, Federer not on his level’: Tennis legend’s big claim on GOAT debate

He had travelled to Barcelona for the treatment following his 14th French Open title win and earlier this week began practising in Mallorca behind close doors. Over the last two days, Nadal’s practice sessions were more intense and longer.

During the presser, he also talked about his foot injury and the treatment he received.

“The foot treatments carried out in Barcelona are not immediate, but the changes are noticeable, the joint pains have decreased,” he said.

Nadal, a two-time champion at the SW19 – 2008 and 2010, will be aiming for the Calendar Slam for the first time in his career after his inspiring wins in Australian Open and French Open.

The victories in 2022 steered him two clear of 20-time Grand Slam winners Novak Djokovic and Roger Federer in the all all-time list.

Denial of responsibility! TechiLive.in is an automatic aggregator around the global media. All the content are available free on Internet. We have just arranged it in one platform for educational purpose only. In each content, the hyperlink to the primary source is specified. All trademarks belong to their rightful owners, all materials to their authors. If you are the owner of the content and do not want us to publish your materials on our website, please contact us by email – [email protected]. The content will be deleted within 24 hours.
AnnouncementIntentionLondonmassiveMondayNadalnadal calendar slamNadal injury
Share

How to set up a workflow in Asana