Notice: amp_is_available was called incorrectly. `amp_is_available()` (or `amp_is_request()`, formerly `is_amp_endpoint()`) was called too early and so it will not work properly. WordPress is currently doing the `pre_get_posts` hook. Calling this function before the `wp` action means it will not have access to `WP_Query` and the queried object to determine if it is an AMP response, thus neither the `amp_skip_post()` filter nor the AMP enabled toggle will be considered. It appears the theme with slug `publisher` is responsible; please contact the author. Please see Debugging in WordPress for more information. (This message was added in version 2.0.0.) in /home/runcloud/webapps/techilive/wp-includes/functions.php on line 5313
 Rafael Nadal will win 15 French Open titles: Gustavo Kuerten - TechiLive.in 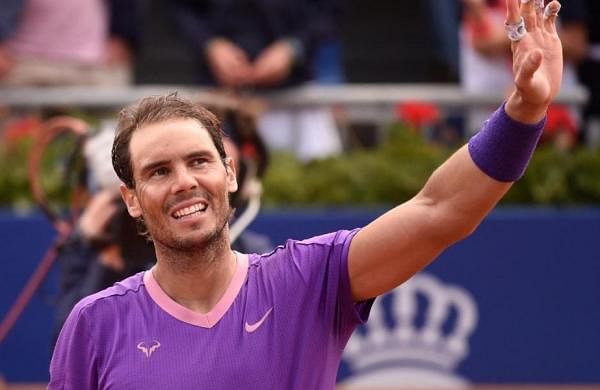 PARIS: Former world number one Gustavo Kuerten feels Tennis legend Rafael Nadal would probably go on to win the French Open title 15 times before he calls off his playing career.

Thirteen Paris titles on, Nadal shows no sign of stopping yet and Gustavo believes the Spaniard is the favourite to win the tournament this year.

“It is fantastic to watch if Rafael can win for the 14th time, and I would say, it is more probable than possible that he will win 15 times. I believe he is going to probably win 15 times and to his advantage, that is possible in the next two years, he is still the favourite,” said Gustavo on Star Sports Select.

Gustavo, who was known as King of Clay, during his playing days, hailed the current lot of tennis players. The former Brazilian tennis player feels the present generation has outperformed him when it comes to winning Grand Slams.

“Every year, he (Nadal) brings up another world of distance from one achievement to the other. What he is doing, it is out of this world. I used to deal with three Grand Slams, and it was outstanding. These current three-four guys, they are winning 18 Slams,” said Gustavo.

“Federer and Rafa, they currently have 20 Grand Slams, and they will get the 21st sooner or later. So, winning 13 times, it is impossible and we are watching it.

“Seeing how deep Rafael can go for his devotion is magical. We cannot explain, but you can see, you can feel it. With every passing year, he goes deeper and deeper and once he lifts the trophy, his eyes are already on the next target,” he added.

Earlier this week, Osaka had pulled out of the French Open citing mental health, and revealed that she suffered long bouts of depression since the US Open in 2018.

“And Novak, Roger, and Rafael, what they are doing, it is completely out of this world. Especially Rafael, with 13 Roland Garros. They are examples and we are very lucky to have on the tennis courts.

“All these guys are pushing harder and harder and are trying to be very clear on the statements they make, their daily commitment to sports and competing on a level that nobody did,” he added.

Having dominated clay court games in the 1990s, Gustavo also named few players who are likely to reign on a similar surface in the coming years.

“I believe the next one for me, it always takes a little time, because it was easier back in the time when we played. The next generation now is 25, 26, who are waiting to make the jump,” said Gustavo.

“If you put everybody together, I would say Stefanos Tsitsipas or Dominic Thiem, even though he lost the first round, and had a big chance to win the tournament. Jannik Sinner, I think he is the one, who will build himself, sooner or later. Carlos Alcaraz, who just won his first match in the French Open.

“He would be a contender soon. The guys that are fighting for so long, Alexander Zverev, Daniil Medvedev, trying to adapt to the serve. They will take over somehow, they will have to go for this top scale in the upcoming years,” Gustavo added.

Denial of responsibility! TechiLive.in is an automatic aggregator around the global media. All the content are available free on Internet. We have just arranged it in one platform for educational purpose only. In each content, the hyperlink to the primary source is specified. All trademarks belong to their rightful owners, all materials to their authors. If you are the owner of the content and do not want us to publish your materials on our website, please contact us by email – admin@techilive.in. The content will be deleted within 24 hours.
FrenchFrench OpenGustavoGustavo KuertenKuertenNadalnews updateOpen
0
Share