Notice: amp_is_available was called incorrectly. `amp_is_available()` (or `amp_is_request()`, formerly `is_amp_endpoint()`) was called too early and so it will not work properly. WordPress is currently doing the `pre_get_posts` hook. Calling this function before the `wp` action means it will not have access to `WP_Query` and the queried object to determine if it is an AMP response, thus neither the `amp_skip_post()` filter nor the AMP enabled toggle will be considered. It appears the theme with slug `publisher` is responsible; please contact the author. Please see Debugging in WordPress for more information. (This message was added in version 2.0.0.) in /home/runcloud/webapps/techilive/wp-includes/functions.php on line 5313
 Rahul Dravid picked 'Australian brains' to build solid domestic structure in India: Greg Chappell - TechiLive.in 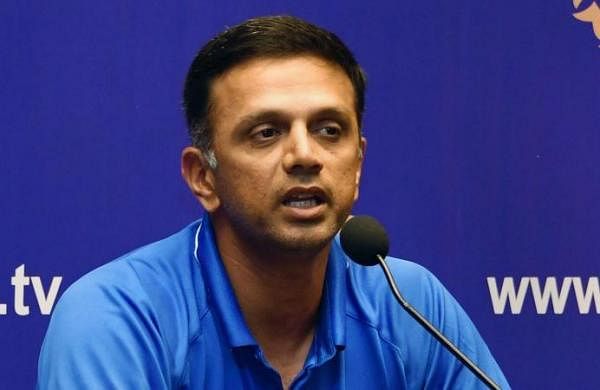 Chappell also talked about how the likes of India and England have overtaken Australia in terms of recognising young talent.

“I am seeing a bunch of young players with great potential who are in limbo. That’s unacceptable. We cannot afford to lose one player. India have got their act together and that’s largely because (India’s academy chief and former Test captain) Rahul Dravid has picked our brains, seen what we’re doing and replicated it in India and with their much larger population base,” cricket.com.au quoted Chappell as saying.

Chappell also talked about how India managed to defeat Australia earlier this year even after having so many injuries in their squad.

“When you look at the Indian team that played in the Brisbane Test that had three or four fresh players, and everyone said, ‘This is India’s second XI’ – those guys had played (extensively) for India A,” said Chappell.

“And in all sorts of different conditions, not just in India. So when they get picked, they’re not tyros at all, they’re quite hardened international cricketers. We picked Will Pucovski out of Shield cricket. Will has hardly had a game outside Australia. That’s the difference,” he added.

Chappell has nominated a draft system as one way of ensuring young players get regular games.

“We can’t afford for the bigger states to warehouse kids just because they might need them at some stage. I think that’s dangerous. If we were designing a structure from scratch now, we wouldn’t design it the way we have got it. I think New South Wales could possibly have a second team,” said Chappell.

“We need to disperse the talent a little bit more evenly, rather than having good talent sitting on the sidelines in Victoria and New South Wales when they could be playing really well,” he added.

Denial of responsibility! TechiLive.in is an automatic aggregator around the global media. All the content are available free on Internet. We have just arranged it in one platform for educational purpose only. In each content, the hyperlink to the primary source is specified. All trademarks belong to their rightful owners, all materials to their authors. If you are the owner of the content and do not want us to publish your materials on our website, please contact us by email – admin@techilive.in. The content will be deleted within 24 hours.
Loading...
AustralianbrainsbuildChappelldomesticDravidGregGreg Chappell
0
Share

All England: Lakshya and Sindhu in last eight