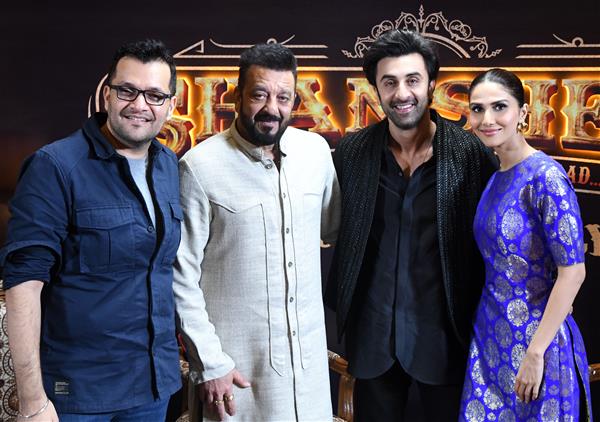 Some Punjabi conversations, more food, a jadu ki jhappi or two and cheering fans, team Shashmera got a resounding welcome on their quick trip to City Beautiful on Wednesday.

A period drama, Shamshera is one mega project to hit the screens coming Friday. With Hindi film industry reeling under the shadows of the South Indian film industry and Hollywood, it has high hopes from this Sanjay Dutt, Ranbir Kapoor and Vaani Kapoor-starrer. 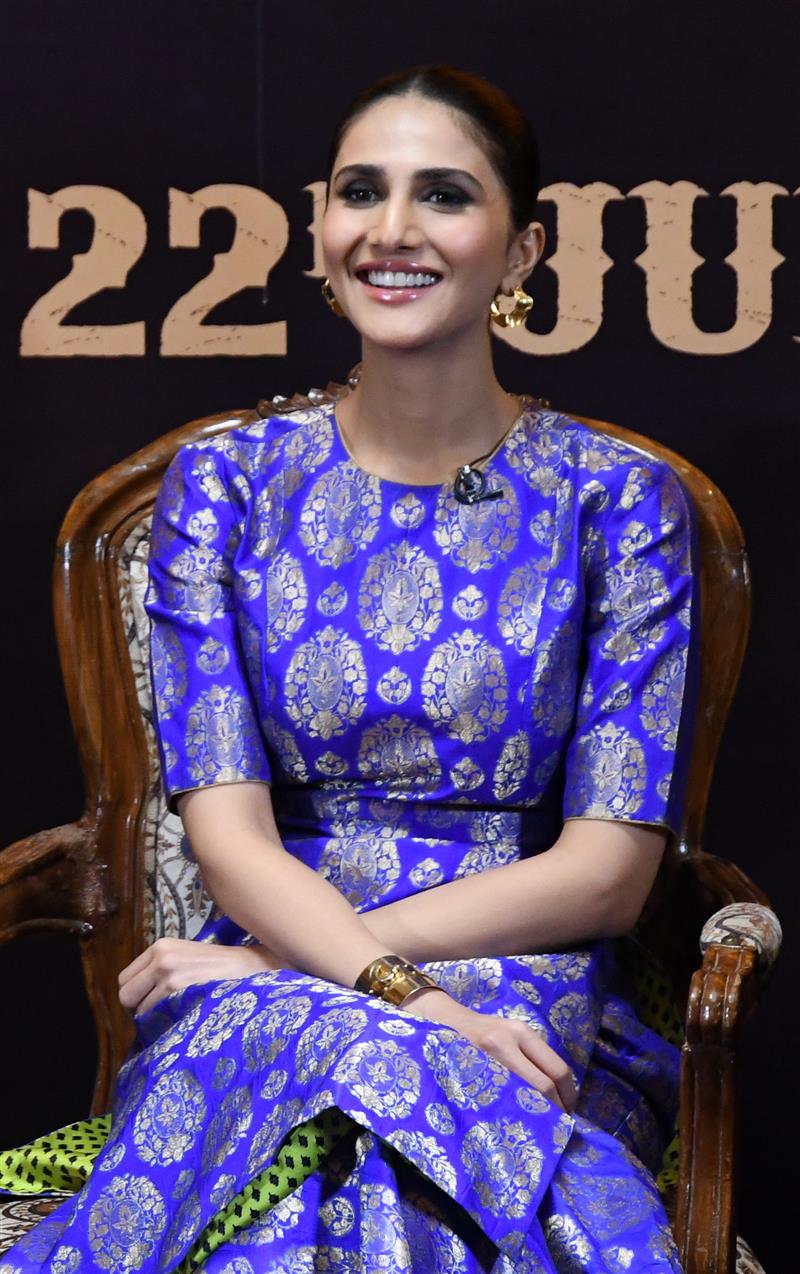 Directed by Karan Malhotra, whose debut was a hit Agneepath, Shamshera also sees Ranbir Kapoor play a double role for the very first time. Stakes are high; does team Shamshera feel the pressure? Tired yes, but anxious not really. “We have put in efforts and had super fun making it, we hope the audience likes it as much,” says confident Karan.

Ranbir Kapoor is as affable as ever, carrying a cushion to rest his aching back, and candidly admits, “I am excited, nervous, it’s after four years that my film is coming. It’s a big screen extravaganza, hope the audience gives it a chance and sees it on July 22,” says Ranbir.

As for the North-South divide, he goes, “We don’t go by labels. If Telugu films are doing well lately, it’s great. We are very proud that RRR is winning hearts abroad, especially in America. We are not fiercely competitive or jealous, but we are happy as we are one industry!”

Sanjay Dutt challenges Ranbir in this action-packed drama. His experience of being the antagonist? “My character has lots of shades and it was a great ride.” Also, that Sanjay is in a rocking phase of life, couple of films have released this year and there are more to come. How is he taking this innings? “It’s beautiful, I am working in interesting projects and able to give time to my family, all’s good!”

Shamshera brings Vaani back to Chandigarh and she’s only too happy. “We shot Chandigarh Kare Aashiqui during the lockdown. I couldn’t explore the city. It looks unlikely this time too,” she rues.

For playing Sona in the film, she studied its director, “Karan knew each and every detail of how he wanted Sona to be, I just followed his vision!” As for her role, while little is revealed, Vaani shares, “My character goes through a beautiful evolution. How she becomes Balli’s strength to weakness was an incredible ride.”

When in Chandigarh, food is high on priority; they talk of kharode, fish and bun-samosa. Karan, who came to recce in city for a project that didn’t take off, had an awesome time nonetheless. “We worked less, ate more and went back five kg plus,” he laughs. Sanjay fondly recalls his Sanawar days. “I am lucky to be a Punjabi. I studied in Lawrence School, Sanawar. Chandigarh mera shahar hai. I feel fortunate to have received so much love here.”

Denial of responsibility! TechiLive.in is an automatic aggregator around the global media. All the content are available free on Internet. We have just arranged it in one platform for educational purpose only. In each content, the hyperlink to the primary source is specified. All trademarks belong to their rightful owners, all materials to their authors. If you are the owner of the content and do not want us to publish your materials on our website, please contact us by email – [email protected]. The content will be deleted within 24 hours.
beautifulbondCityFoodKapoorlifestyle newslifestyle updatenews update
Share

WI vs IND | Somebody has to score hundred and hold the team together: West Indies coach Phil Simmons

A NASA Spaceship Just Crashed Into An Asteroid