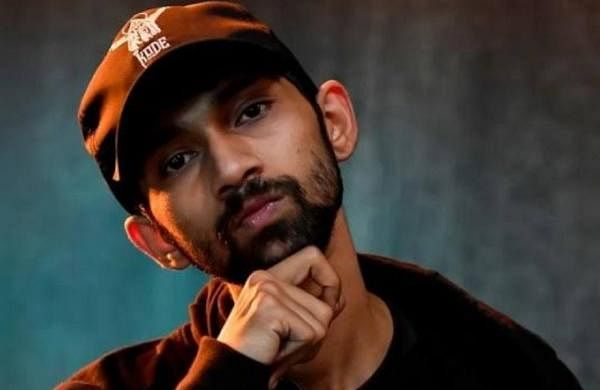 NEW DELHI: The mother of city-based hip-hop rapper Aditya Tiwari on Sunday appealed to her son, who after being trolled for a social media post had allegedly gone missing since June 1. “Aditya your mother will also die with you, please come back, all are with you and we will solve all problems. Every day is a new day, please come back we are waiting for you,” Deepa Tiwari told ANI.

The mother of the 22-year-old, who goes by the stage name MC Kode in the city’s hip-hop music circuit said he had last posted on his Instagram handle, a note in which he wrote that he was on a bridge over the Yamuna and that he was unable to bear the sufferings any further. “From that time we have been troubled and are searching for him,” said Deepa.

The rapper’s mother said that six years ago, Aditya, had during a rap battle said things which were hurtful to some people. “After six years social media threw it up … he had apologised for that but then the trolling began and he even received death threats, he was completely broken and don’t know where he has gone away now,” she said.

Deepa said she had filed a complaint with Delhi Police but it was acting in a routine manner.

She said that Aditiya was a self made person who ran his own company and organised rap music battles. After being trolled on social media, the rapper lost endorsements from companies and he started getting death threats. “One person announced a reward of Rs 50,000 for anyone who would slap him 20 times and record it,” said Deepa.

Blaming social media for Aditya’s agony, she said, “It is a a complete creation of social media! This is 100 per cent social media generated episode. If this matter wasn’t dragged after a long time of 6 years then Aditya would have been with us…Social media didn’t realize if threats are coming, then monitoring should have been done. Social media is responsible for my son’s agony.”

“He is a very sensitive boy, when the trolling episode did not stop even after several apologise, he went into darkness. He stopped getting work and his career was completely finished,” said Deepa. A missing complaint has been lodged by the Delhi Police and investigation is underway, as per reports.

Denial of responsibility! TechiLive.in is an automatic aggregator around the global media. All the content are available free on Internet. We have just arranged it in one platform for educational purpose only. In each content, the hyperlink to the primary source is specified. All trademarks belong to their rightful owners, all materials to their authors. If you are the owner of the content and do not want us to publish your materials on our website, please contact us by email – [email protected]. The content will be deleted within 24 hours.
Loading...
Aditya TiwariappealsDelhi rapperentertainment newsEntertainment updateHindu insult raphomeKodes
0
Share

West Bengal cancels Class 10, 12 Board exams due to COVID-19 – Times of India