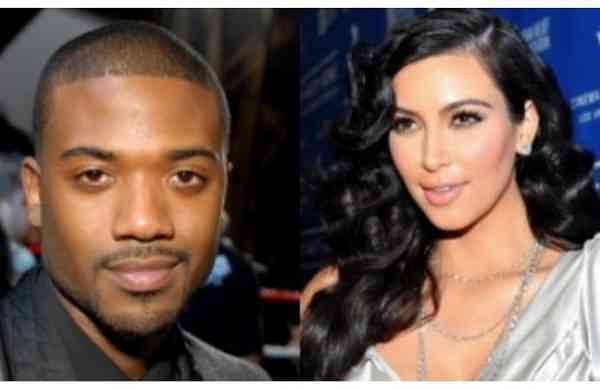 LOS ANGELES:  Singer-actor Ray J has confirmed that there is a second sex tape featuring him and reality TV star Kim Kardashian but he claims she is the only person who has a copy of the X-rated footage.

The 41-year-old singer-and-actor and his ex-girlfriend Kim, dated from 2003 to 2006, and in 2007, a year after their split, a sex tape was unveiled by Vivid Entertainment.

The reality star took legal action against the company and settled for $5 million and the footage was released to purchase as the adult film ‘Kim Kardashian, Superstar’, and it is still available now, reports femalefirst.com

In the new Hulu reality TV series, Kim has been seen discussing the possibility of there being more unseen footage in Ray’s possession, suggesting he could have a clip which shows him “sticking a d**** in my a**” – a claim he vehemently denies.

Viewers also saw Kim thanking her estranged husband Kanye West for obtaining a laptop from Ray which was alleged to contain all sexual videos that she ever filmed with her ex-lover and delivering it to her.

Ray has now hit back in an exclusive interview with DailyMail.com in which he claims there is another explicit home movie but says she has always been the only person in possession of it.

The ‘Celebrity Big Brother’ star also is adamant that he was never responsible for giving the footage to Vivid Entertainment and that the entire sex tape deal was orchestrated between Kim, her mother Kris Jenner and himself for profit and to increase Kim’s fame and launch her as a major global celebrity, in the same way, that the ‘1 Night In Paris’ sex tape made Paris Hilton a major star in 2004.

Ray claims that the final contract was for three videos including two sex tapes, one made at the Esperanza Hotel in Cabo San Lucas, Mexico, and one created in Santa Barbara, and a third tape that is listed as an intro to the Cabo footage.

In the interview, Ray said: “It was something we did in Cabo on a trip for her birthday and it was something extra we were doing in the hotel. She kept them all – she had to go find that tape [Sex Tape Cabo #1] and then present it. I never had a tape in my possession in our whole relationship.

“I never had a single one at my house – she had them at her house. She’s always had all the tapes in a Nike shoe box under her bed. I’m sure she has bigger beds now and better boxes. That’s how it all came about. Once I pitched the idea to her, just playing around a little bit, that’s when she jumped on the idea, talked to her mom and it was out of my hands from there.

“She knows there’s nothing else. I don’t have a tape to leak. I’ve never leaked a tape. I don’t have a plan to ruin them. I mean all of this is a lie. From the beginning of us putting this sex tape out, this has been the biggest lie in the industry in the history of entertainment.”

Ray also detailed his meeting with 44-year-old Kanye at which he gave him the laptop that he presented to Kim.

Ray insists the only material on the electronic device that he willingly gave to the hip hop icon was intimate photos and “mini-videos” that Kim had sent to him during their four-year relationship and he handed it over to alleviate Kim’s concerns that he might have more graphic content.

The star, who is adamant he received no money from Kanye for giving him the laptop, said: “It wasn’t a sex tape – it was a lot of pictures, a lot of little mini videos and a lot of proof we’ve been talking over the years … If you sent me an email in 2008, the computer doesn’t change the date on it.

“So, in ’07 it happened (Kim got in contact), Kanye could see we were talking consistently in 07, 08, 09 through her sending me texts and videos and stuff.

Denial of responsibility! TechiLive.in is an automatic aggregator around the global media. All the content are available free on Internet. We have just arranged it in one platform for educational purpose only. In each content, the hyperlink to the primary source is specified. All trademarks belong to their rightful owners, all materials to their authors. If you are the owner of the content and do not want us to publish your materials on our website, please contact us by email – [email protected]. The content will be deleted within 24 hours.
Breaksentertainment newsEntertainment updateKardashianKimkim kardashiannews updateray
Share

Report: EA Almost Merged With NBC Universal Before Deal With…