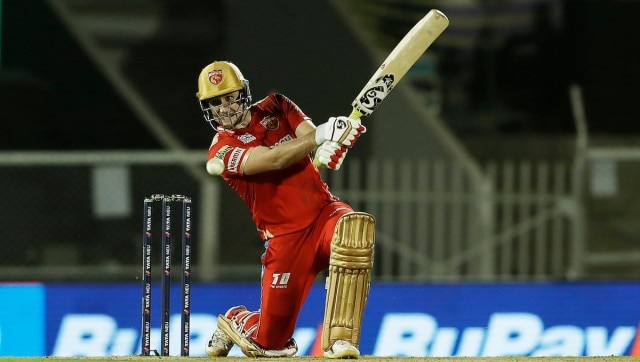 RCB vs PBKS, IPL 2022: Why Bangalore need to give Hasaranga more support? How rare is a Livingstone-style season? – Firstcricket News, Firstpost

Royal Challengers Bangalore received a jolt to their hopes of reaching the playoffs with a 54-run loss to Punjab Kings on Friday night, pushing their net run rate further into the negative. In a game that saw Punjab Kings race away from the start, we raise a few burning questions to discuss the strategy, tactics and subplots.

How rare is an IPL season like the one Liam Livingstone is having?

Liam Livingstone has 385 runs this season, sixth in the Orange Cap list, at a strike rate of 180.75. Image: Sportzpics

Liam Livingstone is currently on 385 runs at a strike-rate of 180.75. This makes his season incredibly rare, one we haven’t seen a lot of in the IPL, and that’s down to his incredible strike-rate while racking up those numbers. Livingstone hasn’t just been playing cameos, but scoring big runs at a brilliant rate.

He has four scores of 60 or more this year, and last night’s knock – which came at a strike-rate of 166.67 – was the slowest of the four. It tells everything you need to know about how good Livingstone has been.

Why the Harpreet Brar pick was a smart one

Harpreet Brar returned to the playing XI for the fixture last night and was given the first over straightaway. The left-arm spinner has had a middling season, but there’s sound logic in playing a left-arm orthodox spinner against RCB’s batting line-up. Since 2020, RCB’s line-up has lost 28 wickets to left-arm orthodox spinners, the most by any team in the league. They also only score at a rate of 115.7 against this kind of spinner.

Obviously, the teams have shuffled around a bit after the mega auction, but the numbers aren’t redundant. Of the 28, 15 dismissals have been of current players in the RCB line-up with Glenn Maxwell, who Brar dismissed last night, losing his wicket five times (before last night) to left-arm orthodox spinners since 2020 in the IPL. Virat Kohli also has a low strike-rate against left-arm orthodox spinners, scoring at a rate of 100.6 against them in the IPL.

Brar returned with figures of 4-0-33-1, but picked up the big scalp of Maxwell to push Punjab Kings into the driving seat.

Rishi Dhawan has played five games this IPL, taking six wickets while maintaining an economy rate of 8.08. These aren’t incredibly great numbers, but Dhawan’s role has been big in the Punjab Kings setup. He has notably stepped up in the 7-12 overs phase, taking three big wickets – Sanju Samson, Shivam Dube and Hardik Pandya. Faf du Plessis, MS Dhoni and Mahipal Lomror are his other victims this season.

Dhawan balances the Punjab Kings line-up in a manner few others do. They tried Odean Smith in the role with little success and Liam Livingstone’s bowling hasn’t been effective. This meant that to play Jonny Bairstow, Bhanuka Rajapaksa, Liam Livingstone and Kagiso Rabada in the same line-up, they needed an Indian all-rounder filling in. Dhawan donned that role, and has been particularly useful with the ball, unfazed against the big stars and stepping up in a role Odean couldn’t quite succeed in.

Why lack of support for Wanindu Hasaranga is hurting RCB? Wanindu Hasaranga is the joint-leading wicket-taker in the season at this stage with 23 wickets in the season at an average of 14.65 and an economy rate of 7.49. The Sri Lankan spinner had also topped the wicket tally in the T20 World Cup last year in UAE. Unfortunately, at either place – the Sri Lankan national team and Royal Challengers Bangalore – Hasaranga has lacked the kind of support he deserves.

The wrist spinner hasn’t been complemented well in the spin department with the next best spinner – Glenn Maxwell – taking just five wickets. Shahbaz Ahmed has bowled 27 overs for just four wickets this season and has gone at an economy rate of 9.30. With lack of support, Hasaranga’s impact has been negated.

To state another example, Yuzvendra Chahal, who left RCB and is the joint-leading wicket-taker with Hasaranga, has Ravichandran Ashwin for support and the duo have been remarkable for Rajasthan Royals. RCB sorely miss that kind of spin combination in their setup.

Are RCB in danger of missing out on the playoffs? Royal Challengers Bangalore are fourth in the points table with 14 points from 13 matches played. Image: Sportzpics

RCB have lost six out of their 13 matches this season and are on 14 points. No other team has played 13 matches so far. Delhi Capitals and Punjab Kings can equal RCB’s tally of points with a win in their next game and either of them have a better net run rate than RCB.

Sunrisers Hyderabad can also match the tally with two successive wins (they have only played 11 matches and have two games to go to match RCB).

Sunrisers also have a better net run rate at this stage than RCB. To top this RCB’s last fixture is against Gujarat Titans, who are at the top of the points table and favourites to win a head-to-head clash. RCB not only need to win the final game, but also win it well to boost that net run rate to ward off Delhi, Punjab and Hyderabad. The only other way is to hope that the three other teams don’t win anymore, which appears rather unrealistic.

Denial of responsibility! TechiLive.in is an automatic aggregator around the global media. All the content are available free on Internet. We have just arranged it in one platform for educational purpose only. In each content, the hyperlink to the primary source is specified. All trademarks belong to their rightful owners, all materials to their authors. If you are the owner of the content and do not want us to publish your materials on our website, please contact us by email – [email protected]. The content will be deleted within 24 hours.
BangaloreFirstcricketFirstpostgiveHasarangaiplLivingstonestyleNews
0
Share

Kirby 64 is the next Nintendo 64 Switch Online game

If your birthday is on May 18