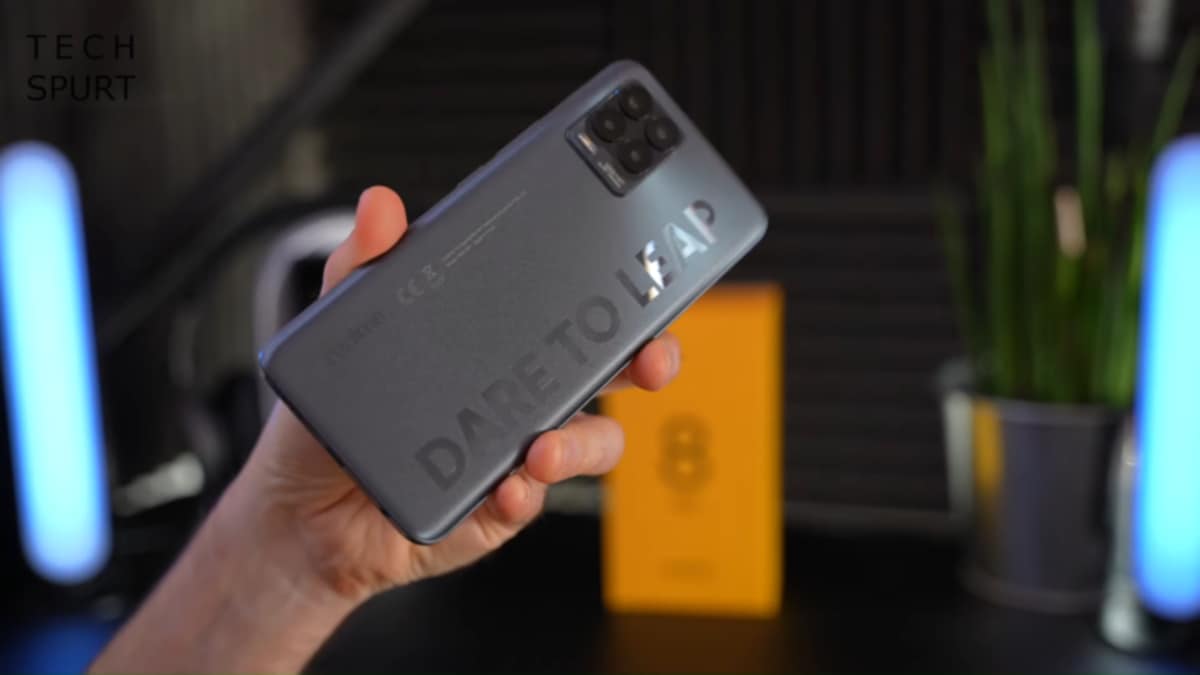 Realme 8 Pro has leaked in a premature unboxing video ahead of its launch, giving us a glimpse of the design of the phone, its in-box contents, and some software features introduced via the Realme UI 2.0. The Realme 8 Pro is confirmed to launch in India on March 24 and its availability has also been announced on Flipkart. Alongside the Realme 8 Pro, the Realme 8 is also slated to launch on the same day and pre-orders for both the smartphones have also gone live on the e-commerce site.

YouTuber Tech Spurt released an unboxing video of the Realme 8 Pro ahead of its March 24 India launch. He shows off the retail box of the Realme 8 Pro model – a yellow rectangular box – that houses a 65W SuperDart charger, a USB Type-A to Type-C cable, a clear silicone phone case, a SIM ejector tool, documentation, and the phone itself. The Realme 8 Pro is seen to have a standard hole-punch flat display with the cutout placed on the top left corner of the screen. Slight bezels are noticed on the sides of the screen and on the chin.

At the back, the Realme 8 Pro has the ‘Dare to Leap’ tagline embossed in big letters. There is a square camera module at the back with four sensors inside. One of them is a 108-megapixel sensor that uses 9-in-1 pixel binning tech to capture more detail. There’s also a 3.5mm audio jack seen on the phone.

Coming to the software, Realme UI 2.0 based on Android 11 brings a host of personalisation features enabling users to change app icons, fonts, box colours, and more. Realme 8 Pro users are expected to be able to customise the Always On display to a limited extent, and set dark mode in three variations – Gentle, Medium, and Enhanced. There’s also a bunch of gesture features for added convenience, including a three-finger swipe down for taking screenshots. The Realme 8 Pro interface has an app drawer and offers a dedicated one-hand mode as well.

The Realme 8 Pro is said to come in Infinite Black and Infinite Blue colour options. Realme will hold a virtual event at 7.30pm (IST) on March 24 to launch the new series.

Clubhouse Blocked in Oman Due to Lack of Permit, but Some Fear Censorship