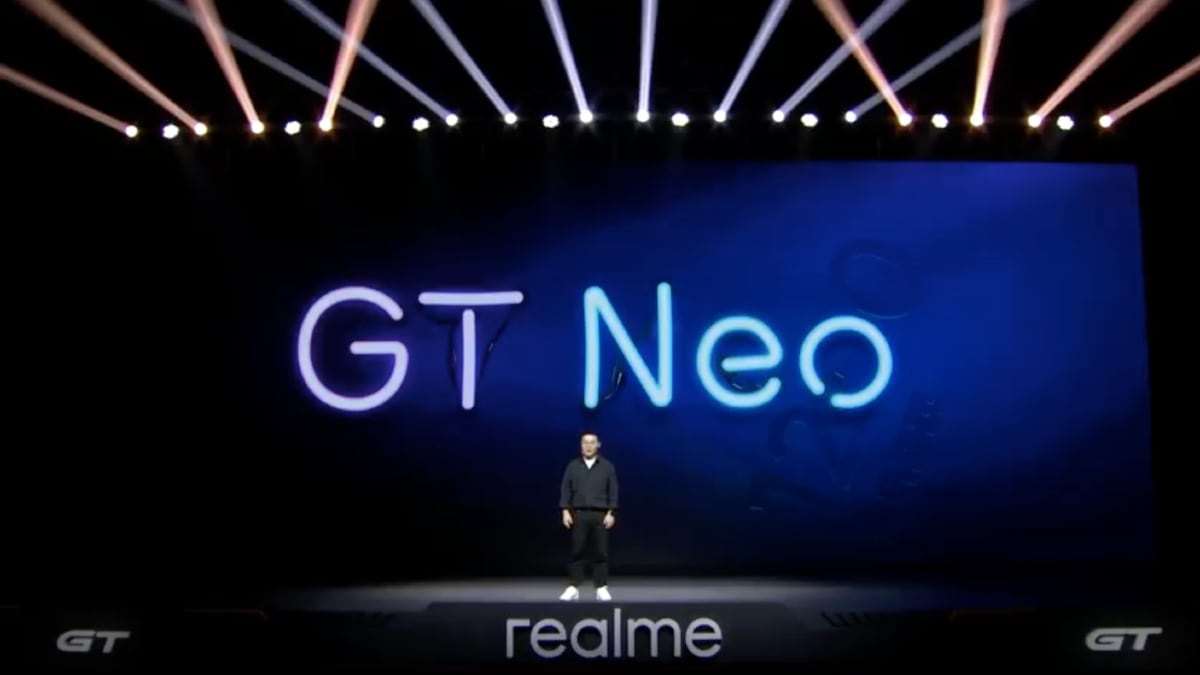 Realme GT Neo will be the latest member in the new series, the company’s VP Chase Xu revealed at the Realme GT launch on Thursday. The new smartphone will come with MediaTek Dimensity 1200 SoC. This is unlike the original Realme GT that comes with Qualcomm Snapdragon 888. The Realme GT Neo is also claimed to deliver fast performance. However, detailed specifications of the smartphone are yet to be revealed. Some rumours and teasers are likely to emerge in the coming days, though.

While concluding the Realme GT launch, Realme VP Chase Xu revealed the development of the Realme GT Neo. The executive claimed that the new smartphone would also be very fast and bring surprising performance.

In addition to Realme, Xiaomi brand Redmi is tipped to have a gaming phone in the works with the MediaTek Dimensity 1200. The OnePlus Nord 2 is also rumoured to come in the second quarter with the new chipset.

The MediaTek Dimensity 1200 comes with eight processing cores, including an ARM Cortex-A78 ultra core clocked at up to 3GHz. The chipset also carries ARM Mali-G77 MC9 GPU and supports up to 16GB of LPDDR4x RAM and UFS 3.1 storage. It can power a device with a display of up to 2,520x,1080 pixels resolution and 168Hz refresh rate. Furthermore, the Dimensity 1200 comes with 5G support.

Unlike the Realme GT Neo, the Realme GT debuted with the Qualcomm Snapdragon 888 SoC. The phone also comes with up to 12GB of RAM and up to 256GB of onboard storage.