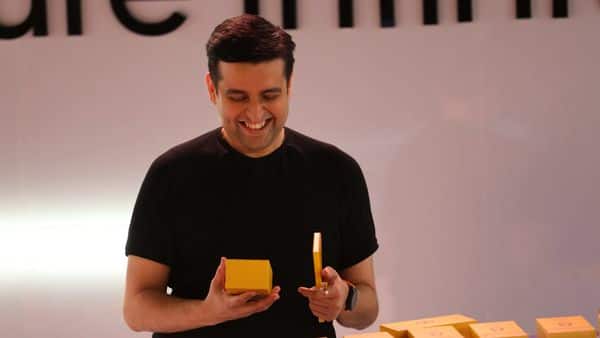 Realme brand has announced that it will launch its first flagship store in India. The new flagship store will also act as a premium service centre. The company claims the flagship store will not only display all of Realme’s products at the store but will also attend to post-sale issues in a matter of minutes. Announcement of the city in which the new store will be opened will be made later at the launch event on 24 March.

Madhav Sheth, VP-Realme and CEO, Realme India and Europe told Mint that he new flagship store will provide a ‘superlative in-store experience’ to buyers as well as existing customers. He also revealed that the store will be massive, measuring 10,000 square feet.

Seth told Mint, “Realme has always been a customer- and product-focused company, and our consumers have played a key role in our growth. We will open our first flagship store. With the goal of providing customers with a superlative in-store experience. It will cover an area of more than 10,000 square feet. Recognizing our customers’ needs, our aim is to make their purchase seamless and convenient, while bringing them the most cutting-edge technology”.

He claimed that the upcoming flagship store will also serve as the company’s premium service centre which will aim at resolving post-sale issues in a matter of minutes.

Realme’s experience stores will not only let buyers try out Realme’s products, but it will also be a comfortable environment for an after-sale experience, he said.

Apart from smartphones, the store will display all of its products, including televisions, audio equipment, and wearables. The company intends to add a few new categories to the store and will keep customers informed about those segments.

Realme has planned to open more stores in multiple Indian cities and has claimed that they will narrow down the cities for the future flagship stores based on customer feedback.

The technology brand is planning to launch the new Realme 8 series on 24 March. One of the devices in the Realme 8 line-up will feature a new 108MP primary lens.

Apple’s Tim Cook, other executives to testify in Fortnite trial