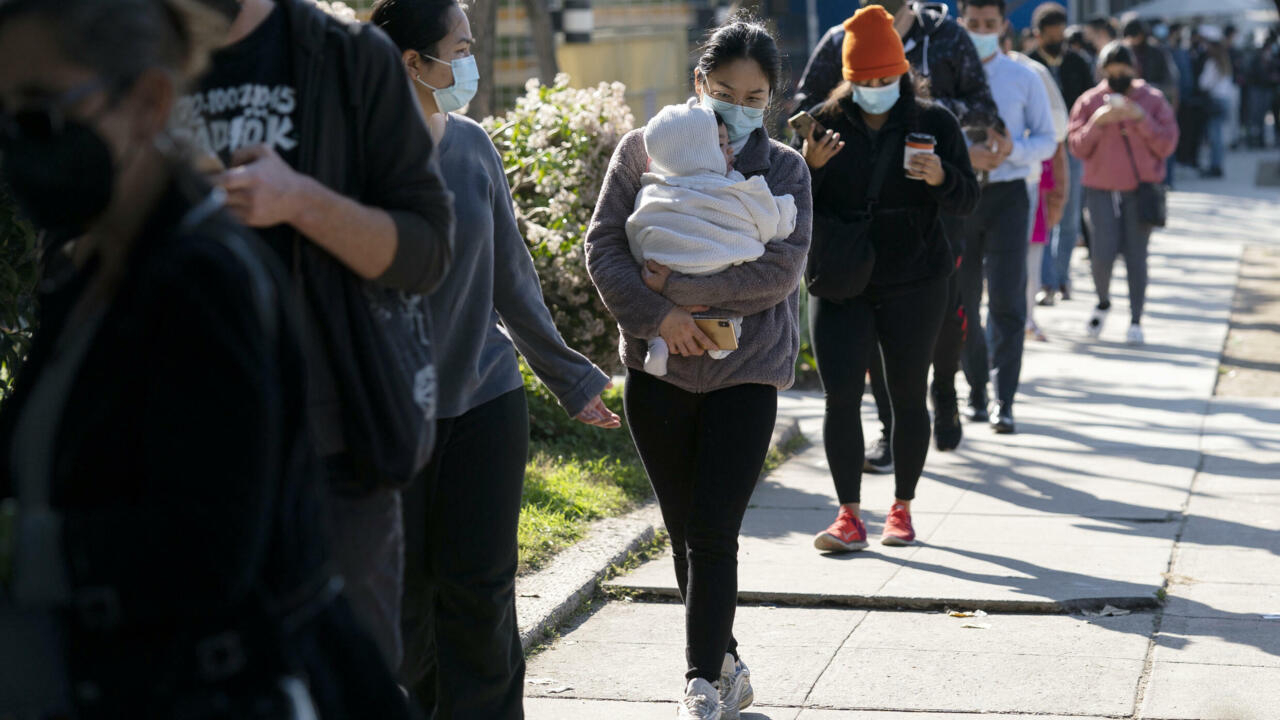 The US, Britain, France and Australia have all announced record numbers of daily Covid-19 cases as the WHO warned Tuesday that Omicron’s dizzying spread increased the risk of newer, more dangerous variants emerging.

But dwarfing even those numbers was the 1,080,211 reported by the United States on Monday, a global record.

The country’s Monday figures are usually higher due to delays in weekend tallying – and were likely inflated further after a three-day New Year’s holiday weekend.

The rolling average over seven days – which experts see as more reliable – was 486,000 cases per day as of Monday evening, Johns Hopkins University said.

The heavily mutated Omicron variant, the most transmissible to date, accounted for around 59 percent of US cases near the end of last year.

Omicron’s rates of deaths and hospitalisations have been lower across the world, raising hopes the virus could be evolving into a relatively benign seasonal illness.

But the World Health Organization in Europe sounded an ominous note of caution on Tuesday, warning the soaring infection rates could have the opposite effect.

“The more Omicron spreads, the more it transmits and the more it replicates, the more likely it is to throw out a new variant,” WHO senior emergencies officer Catherine Smallwood told AFP in an interview.

“Now, Omicron is lethal, it can cause death… maybe a little bit less than Delta, but who’s to say what the next variant might throw out,” she added.

“Even in well-capacitated, sophisticated health systems there are real struggles that are happening at the moment.”

Such a scenario was feared in Britain, where the government said Tuesday that hospitals have switched to “war footing” due to staff shortages.

Johnson also defended his decision not to increase restrictions over Christmas in England – unlike in other parts of the UK – and ruled out another nationwide lockdown.

Australia, which had previously successfully suppressed infections for much of the pandemic, also smashed its previous caseload record with 47,738.

“I think at this point we all know somebody who has either got Covid or we have got coworkers off work because they are quarantining or isolating,” Australia’s deputy chief medical officer Sonya Bennett said.

Cyprus also posted a new record of 5,457 cases on Tuesady and now has the highest infection rate per capita, according to AFP figures.

Wealthy nations have rushed to give their population third booster shots to counteract the rising cases, while many in poorer nations have not yet been able to receive a first.

In China, which has pursued a “zero Covid” approach, just three asymptomatic cases prompted 1.2 million people in the central city of Yuzhou to be confined to their homes.

Daily infections have hit a two-month high in the Philippines, which will expand restrictions in Manila from Wednesday to include more than 11 million people living near the capital.

Omicron is also fuelling surging cases in India, where authorities said the capital will lock down over the weekend.

The sprawling megacity’s new restrictions came the same day as its chief minister, Arvind Kejriwal, announced he had been infected and was suffering “mild symptoms”.

Omicron has also sent the sports world – only just back on its feet after previous Covid restrictions – reeling, with many leagues forced to cancel or postpone games.

Tennis world number Novak Djokovic – who has repeatedly refused to confirm whether he has been vaccinated – said Tuesday that he was heading to the Australian Open after being granted a medical exemption.

Denial of responsibility! TechiLive.in is an automatic aggregator around the global media. All the content are available free on Internet. We have just arranged it in one platform for educational purpose only. In each content, the hyperlink to the primary source is specified. All trademarks belong to their rightful owners, all materials to their authors. If you are the owner of the content and do not want us to publish your materials on our website, please contact us by email – [email protected]. The content will be deleted within 24 hours.
CasesCoronavirus (Covid-19)CovidEuropeHealth newsHealth updatenews updateOmicron
Share

10 happy and healthy lifestyle practices for 2022