Notice: amp_is_available was called incorrectly. `amp_is_available()` (or `amp_is_request()`, formerly `is_amp_endpoint()`) was called too early and so it will not work properly. WordPress is currently doing the `pre_get_posts` hook. Calling this function before the `wp` action means it will not have access to `WP_Query` and the queried object to determine if it is an AMP response, thus neither the `amp_skip_post()` filter nor the AMP enabled toggle will be considered. It appears the theme with slug `publisher` is responsible; please contact the author. Please see Debugging in WordPress for more information. (This message was added in version 2.0.0.) in /home/runcloud/webapps/techilive/wp-includes/functions.php on line 5313
 Red Bull Is Making a Race of Formula 1 - TechiLive.in 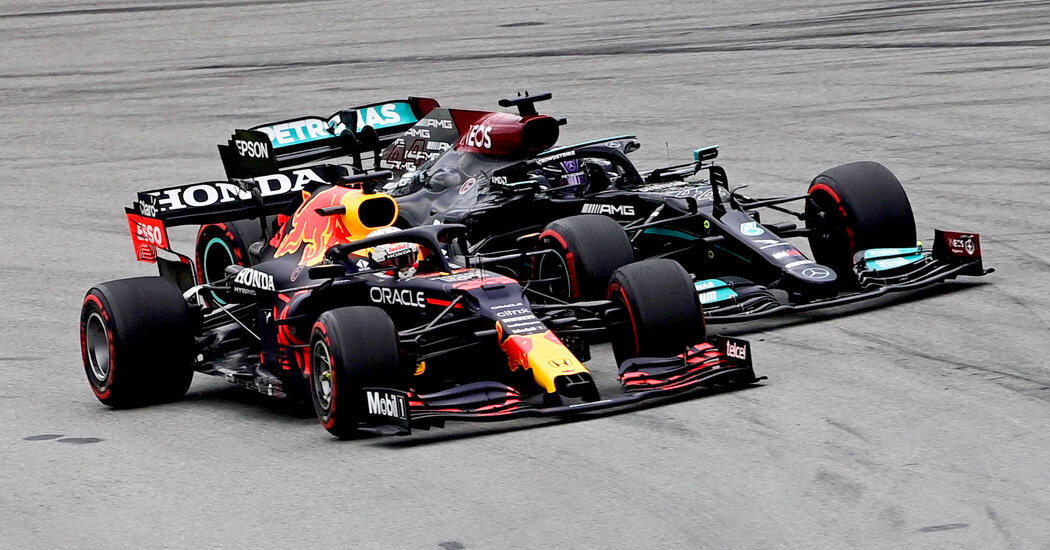 Red Bull Is Making a Race of Formula 1

Formula 1 has the fight now it has long craved.

Since 2014, Mercedes has been crushingly dominant, setting a record last season in winning its seventh consecutive constructors’ title. Its driver, Lewis Hamilton, is chasing a record eighth championship after winning six of the last seven with the team.

But Mercedes and Hamilton are being challenged this year by Red Bull and Max Verstappen. The team won four titles in a row from 2010-13, with Sebastian Vettel also winning the drivers’ titles, before Mercedes’s supremacy.

“I hope it goes all the way to the wire,” Christian Horner, the team principal of Red Bull, said in an interview. A record 23-race season ends in December in Abu Dhabi. “That’s what the fans would love to see, it is what they have been crying out for, although I don’t know if my nerves could take it.

“There’s nothing more exciting than racing Lewis Hamilton, and that’s what we want to do.”

After three days of preseason testing, at the Bahrain International Circuit in March, Red Bull emerged with the fastest car. Mercedes struggled after alterations were made over the winter to its cars because of changes to aerodynamic regulations that would reduce drag and increase stability.

This year’s cars are largely a carry-over from last season, except the floor, where aerodynamics play an important role. Red Bull seems to have adapted better.

“We had a strong winter,” Horner said. “The regulation changes were positive for us. We managed to address some of the weaknesses of our car, which were mainly aerodynamic, which is what dictate these cars.”

To improve power and reliability, Honda, the team’s power-unit supplier, made changes to the engine, turbine and energy recovery system.

“They’ve done a great job,” Horner said, referring to Honda, “so it’s been a combination of everything coming together.”

Still, in the first race in Bahrain in March, Hamilton won, and Verstappen was second after a battle in the final laps. Three weeks later, in the Emilia Romagna Grand Prix in Imola, Italy, the finishing positions were reversed.

Then Hamilton won the last two races, in Portugal and Spain, and Verstappen was runner-up. Before the fifth race in Monaco on Sunday, Hamilton has a 14-point lead over Verstappen. Mercedes is 29 points ahead of Red Bull.

“Mercedes had one bad test, so there was an awful lot of excitement circulating in the media,” Horner said of the March tests, “but you know, with the juggernaut that is Mercedes, it was only a matter of time before they got going.

“You could see by Race 1 they were already competitive. We are pushing very hard to keep the pressure on them, and we will continue to do so. To date, it’s been very tight.”

Can the Mercedes juggernaut be stopped this season?

“There are tracks coming up that will suit us, and there are some that will suit Mercedes,” Horner said. “I’m sure this championship will ebb and flow.”

In the last seven years, Hamilton’s main challenge has been from a teammate. Nico Rosberg of Mercedes won the title in 2016, beating Hamilton by five points.

This year, Hamilton is relishing the fight with Verstappen. “You are seeing the closest battle for some time, and Max is performing exceptionally well,” he said.

Hamilton and Verstappen have made their best start to a season, with 94 and 80 points from four races. “This is my preferred scenario when we are fighting against another team at their best or potentially even ahead in certain instances,” Hamilton said.

“Max is more experienced now than he has ever been and clearly incredibly hungry to win more races and win championships. This is what we are all here for, to race and fight for wins. Game on.”

“I’m looking forward to every single battle out there,” he said. “With the championship fight, we finally have a car that is capable of having decent results every single weekend.

“Fighting for first, second or third is going to depend on the track, which is a bit difficult to project, but so far this year we’ve had some good results.”

Hamilton and Verstappen have gone wheel-to-wheel in all four races. The duels have been hard but clean. Toto Wolff, the Mercedes team principal, said the two drivers were aware of the accident risk of overly aggressive driving versus the possible reward.

“I think they are not crossing the line on the track yet, because the risk of losing points is just too big,” Wolff said.

The battle between Mercedes and Red Bull is also off track.

Last year, Honda announced it would leave Formula 1 at the end of this season. Red Bull will take over the maintenance of its Honda engine before developing its own unit for 2025, when new regulations from Formula 1 will change the design of power units.

Red Bull is building a new powertrain department on its campus in Milton Keynes, England. It has recruited six workers from the Mercedes power-unit department, with more to follow.

With about 900 people working on the Mercedes power unit, “it’s a huge organization,” Wolff said, “and losing 10 or 15 or more will not change the collective strength of the group.

“In a way, it’s almost like a natural selection: People stepping out of the way for young ones to move up, and we see it as a big opportunity. Performance comes from the power of the group and not individuals.”

Horner said the tug of war over workers was an interesting sideshow to the on-track conflict. “Toto has had it far too easy for the last seven years,” he said. “It’s about time he had something to do.”

There are also added complications. For the first time this year, teams are operating under a budget cap of $145 million. They are also working on two development programs: the current cars and those for next season, which will be designed under the new regulations.

Mercedes and Red Bull have to decide when to abandon the title race and invest all their resources in the 2022 cars. McLaren and Ferrari, which are likely to contest third place, and other teams can switch focus sooner if they fall behind.

“It is difficult balancing the two things,” Horner said. “At the moment, we are juggling resources, and obviously while there is an opportunity this year, we will absolutely go for it.

“We are leaving no stone unturned, with power-unit performance, aerodynamic development, reliability, strategy, race starts, pit stops. You need all of those elements to come together.”

Horner has waited eight years to win a title. “We’ve worked hard as a team to get ourselves back into this position,” he said.

“This team has a racing spirit, a racing DNA,” Horner said. “That’s what it’s all about, so, of course, it’s a much more enjoyable experience when you go to a track knowing you’ve got a chance rather than just being a participant.”

Denial of responsibility! TechiLive.in is an automatic aggregator around the global media. All the content are available free on Internet. We have just arranged it in one platform for educational purpose only. In each content, the hyperlink to the primary source is specified. All trademarks belong to their rightful owners, all materials to their authors. If you are the owner of the content and do not want us to publish your materials on our website, please contact us by email – admin@techilive.in. The content will be deleted within 24 hours.
Loading...
BullFormulamakingnews updateraceRedsports newssports update
0
Share

For Camping or Canapés