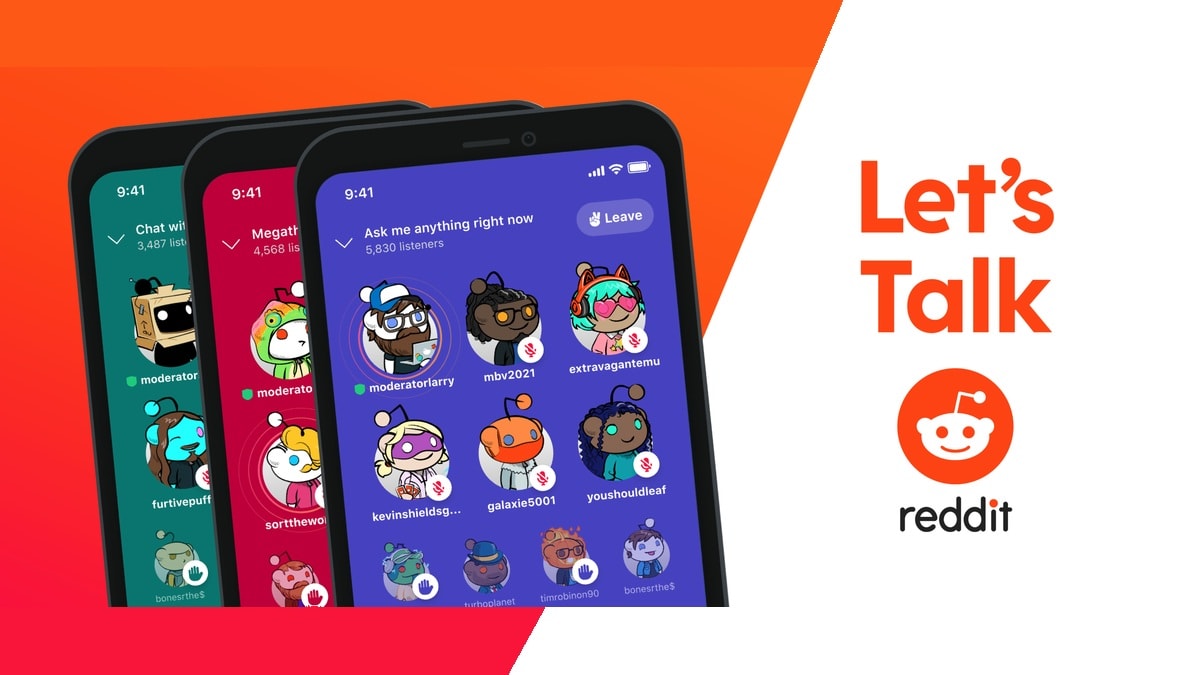 Reddit Talk is the latest audio-only chatting product to rival the likes of Clubhouse and Twitter Spaces. The new feature will be available to different communities on Reddit. For now, it is only available to the moderators of the communities initially through an early access scheme. Reddit hasn’t given any other details regarding the launch of the new feature but has shared a small teaser about it on Twitter. Users can expect the feature to be rolled out to the general public soon.

The Reddit Talk feature was teased through a post on Reddit’s website and also through a tweet posted by Reddit itself. The new feature will let moderators on Reddit communities conduct voice-only calls with members of the community. The audience can listen to the conversation using their Android or iOS devices. The calls can comprise of Questions and Answers (QnAs), Ask Me Anything (AMA), lectures, sports-radio-style discussions, and community feedback sessions. Moderators can join the waitlist by filling out this form.

Initially, only moderators will be allowed to conduct and speak during these calls, but a trusted member of the community can be added to co-host the call. Hosts also hold the power to invite, mute, and remove speakers during the call. Also, hosts can remove members of the audience and can also prevent them from joining again. Reddit will also allow users to react with emojis and customise the background to make the experience more user-friendly.

Clubhouse has recently announced that its Android app could release as soon as May 2021. The audio-only social media platform is currently only available on iOS and through an invite-only basis. CEO and co-founder Paul Davison had earlier confirmed this during a recent interview. The company’s Android developer also posted a tweet hinting at the development of the Android app, saying that a Google Pixel smartphone is being used to develop the app.

How to Export Your Facebook Posts Using Transfer Your Information Tool