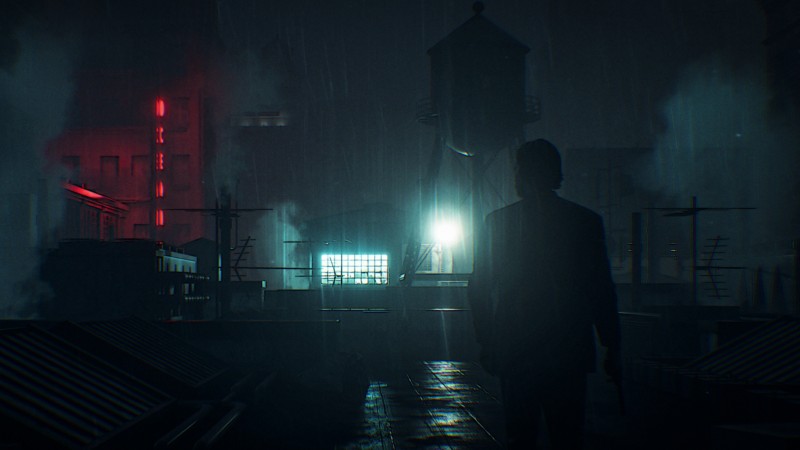 Remedy Entertainment has released an Alan Wake Anniversary video in honor of 12 years of Alan Wake, and in it, the studio showcases some new Alan Wake 2 concept art and more.

More specifically, Remedy’s new update includes four new pieces of Alan Wake 2 concept art and news that Alan Wake Remastered is coming to Switch this fall. There’s also an update on the Alan Wake TV show first announced in 2018 (we can’t believe it’s still happening, either). As far as the new concept art goes, it’s exactly what you’d expect: moody, dark, and subtle in terms of what it reveals about Alan Wake 2. The art looks great, though! You can check it out in the slideshow below:

Moving on to what the team has to say about Alan Wake 2, here’s what Remedy’s creative director Sam Lake shared:

“Everything with Alan Wake 2 development is going really well. We are deep in production but have a lot of material, and a great deal of the game is playable. But we’ve been talking for the past couple of months and have come to the decision here at Remedy, along with our wonderful publisher Epic Games, that we will not be showing anything big this summer. To create a proper, polished demo or a trailer takes a lot of effort, and it’s several months of work that could take away from development.

“We feel that we have momentum going, and we want to make sure we are creating the best, and first, survival horror game for Remedy. We don’t want to take the team away from that focus, so we’re going to keep going and making a great game experience, and unfortunately, you’ll have to wait a bit longer for a demo and trailer.”

You can check out the development update for yourself below:

Elsewhere in the video, Remedy reveals that Alan Wake Remastered, which hit PlayStation and Xbox consoles, and PC last year, is coming to Switch this fall. It will be a digital-only release on Switch, and it runs natively on the console – it’s not a cloud version like Remedy’s Control is on the platform.

Remedy also revealed that its Alan Wake TV adaptation, which was announced four years ago, is still a real thing and very much happening. In fact, the studio has found a home for the series: AMC. You likely know of AMC as the home of The Walking Dead, Breaking Bad, and Better Call Saul, and now, AMC Networks has purchased the rights to this Alan Wake adaptation. Remedy says there’s still a lot to go for the series to become a reality, though, so don’t expect to watch an episode of it anytime soon.

While waiting to learn more about Remedy’s Alan Wake series, read Game Informer’s Alan Wake Remastered review and then check out the reveal of Alan Wake 2.

What do you think of this Alan Wake 2 concept art revealed today? Let us know in the comments below!

Denial of responsibility! TechiLive.in is an automatic aggregator around the global media. All the content are available free on Internet. We have just arranged it in one platform for educational purpose only. In each content, the hyperlink to the primary source is specified. All trademarks belong to their rightful owners, all materials to their authors. If you are the owner of the content and do not want us to publish your materials on our website, please contact us by email – [email protected]. The content will be deleted within 24 hours.
agmeupdateAlanartconceptdontexpectgameGames news
0
Share

65% of IT help desk teams dealing with excessive stress,…