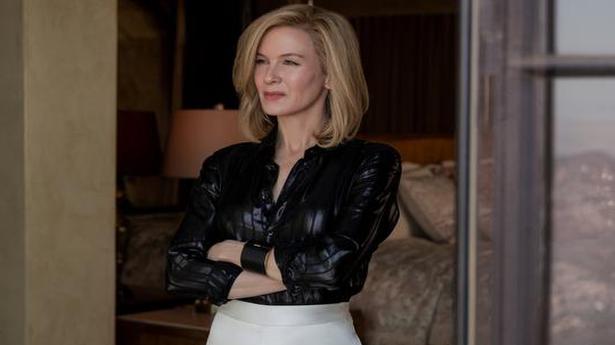 Renée Zellweger to star in NBC series based on ‘Dateline’

Renée Zellweger is coming to network TV next season in a dramatization of a murder case recounted by “Dateline NBC.”

The two-time Oscar winner’s role in NBC’s “The Thing About Pam” is a sign of how broadcast networks are banking on eye-catching names and familiar stories to draw viewers in a TV universe increasingly packed with new streaming services.

The “Dateline NBC” story about a wrongful conviction was one of the true-crime series most popular sagas, the network said Friday in announcing its slate of new and returning series for the 2021-22 season.

The fall will be dominated by dramas and reality shows, with NBC — once the home of “must-see” comedies including “Friends” — making the unusual decision to hold its sitcoms for midseason to give what its executives said is a better shot at success.

Those awaiting the sixth and final season of “This Is Us” will have to be patient, but for what the network called good reason: It will air in midseason so the family drama can complete its six-season run largely uninterrupted by holiday or other breaks.

“We know that saying goodbye to the Pearsons is going to be hard enough” and this approach will honor its fans, said Frances Berwick, chairman of entertainment networks for NBCUniversal.

Three new dramas will be introduced, including “Law & Order: For the Defense,” giving the franchise from producer Dick Wolf all of the network’s prime-time Thursday turf. The new series joins long-running “Law & Order: Special Victims” and “Law & Order: Organized Crime,” renewed for its second year.

Wolf’s “Chicago” franchise of medical, fire and police dramas set in the city will hold onto NBC’s Wednesday night.

The genre drama “La Brea” is about a massive sinkhole in the middle of Los Angeles that pulls hundreds of people into what’s described as “a mysterious and dangerous primeval land.” It has the ring of “Lost” about it — and may have the added benefit of appealing to those fond of dissing LA and California in general.

“Ordinary Joe,” the third new drama series, is described as the “life-affirming” story about the effect that a single decision can have on a man’s life and those around him.

The exception to the midseason comedy rule is “Brooklyn Nine-Nine,” which returns for its final season in August, following the Summer Olympics. The intent is to have it draft off the games’ expected audience boon, said Susan Rovner, chairman of entertainment content for NBCU television and streaming.

The sitcom-free fall schedule shouldn’t be perceived as “a lack of commitment to the genre and, in fact, it is truly just the opposite,” Rovner said. “In recent years, some of our new comedies haven’t been strong performers in the fall and we want to fix that.”

She and Berwick detailed the new schedule for reporters before introducing it to potential ad buyers and sponsors Monday, part of the week’s so-called “upfront” presentations by networks and their corporate owners.

Returning sitcoms, including Dwayne Johnson’s freshman “Young Rock,” will be joined by newcomers “American Auto,” a workplace comedy, and “Grand Crew,” about a group of friends who congregate at a wine bar — “Cheers” minus the beer?

Shows that are on “the bubble,” in danger of cancellation because of their ratings, include “Debris,” “Ellen’s Game of Games,” “Good Girls,” “Manifest,” and “Zoey’s Extraordinary Playlist.”

“We want to give all our shows an opportunity to finish airing before we make those decisions,” said Rovner, who didn’t provide a time frame.

After a year of pandemic-caused production turmoil for the movie and TV industry, the network is confident that it’s “figured out production under COVID,” Rovner said. “I’m happy to say we have full orders of all of our shows and our shows will be returning in a normal way in the fall.”

Loading...
Denial of responsibility! TechiLive.in is an automatic aggregator around the global media. All the content are available free on Internet. We have just arranged it in one platform for educational purpose only. In each content, the hyperlink to the primary source is specified. All trademarks belong to their rightful owners, all materials to their authors. If you are the owner of the content and do not want us to publish your materials on our website, please contact us by email – [email protected]. The content will be deleted within 24 hours.
baseddatelineentertainment newsEntertainment updateNBCnbc seriesnews updateRenée
0
Share

KHN’s ‘What the Health?’: Drug Price Effort Hits a Snag