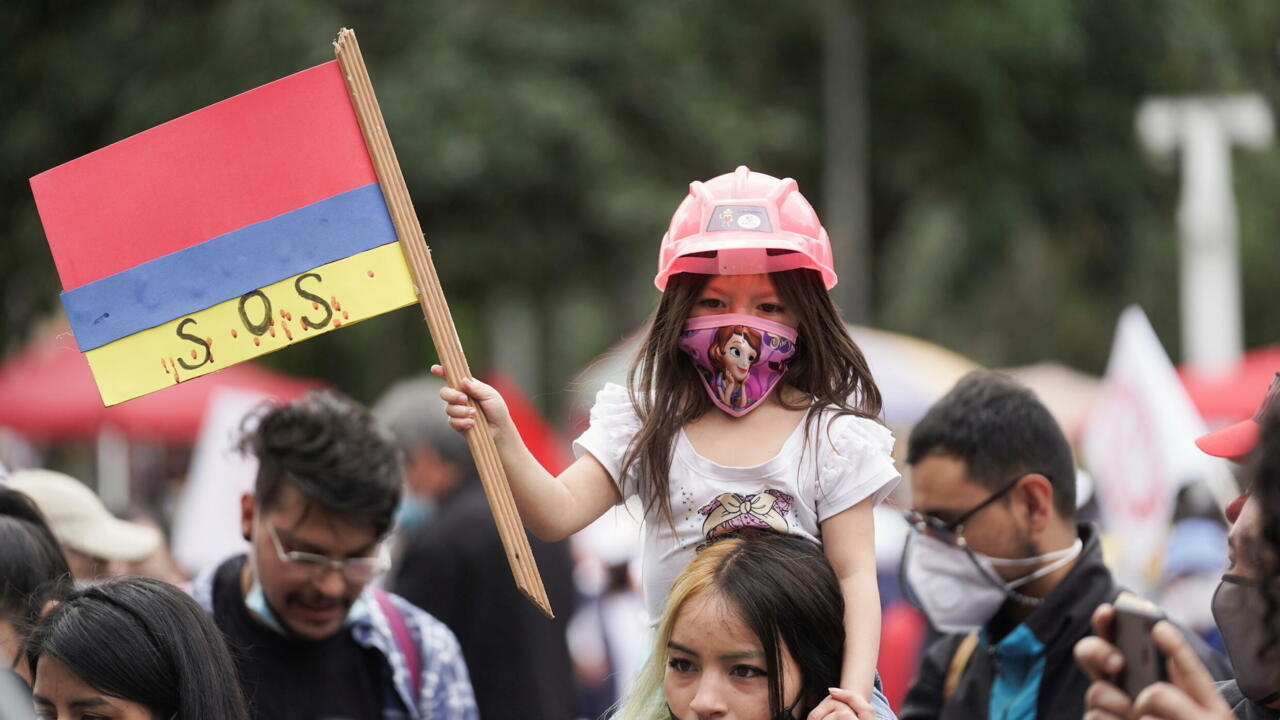 Thousands joined in marches in Colombia’s main cities while Duque outlined to congress his government’s achievements and presented a tax plan for financing subsidies to low income families that have been out of work during the pandemic.

The new plan is smaller than a $6.3 billion package that was presented in April and set off huge protests across Colombia, in which dozens of people were killed.

The new proposal places a higher tax burden on companies’ earnings while discarding a previous proposal to impose sales taxes on basic items like coffee and salt.

Protesters said the new plan does not do enough to boost spending on education and job creation in Colombia, where the economy contracted 7% last year and pushed an additional 3 million people into poverty, according to the national statistics department.

“Protests continue because President Duque has not solved any of the problems faced by Colombian society,” said Francisco Maltes, president of the Central Union of Workers, one of the groups that has led anti-government demonstrations.

His union is part of a coalition of unions and student groups that plans to present congress with 10 proposals on addressing Colombia’s social and economic crisis.

These include dissolving the nation’s riot police as well as creating a basic income program that would make monthly payments of $260 to 10 million people.

The government’s subsidy program currently provides monthly payments of $40 to 3 million families that are struggling to get by in the country of 50 million inhabitants.

The new tax plan seeks to maintain these payments, provide subsidies to companies that hire workers aged 18 to 28, and also finance university tuition for low and middle income students.

At Tuesday’s demonstrations, which were noticeably smaller than those in April and May, protesters also said they want justice for youths killed recently by police. Human Rights Watch says it has gathered evidence linking police to the slaying of 25 protesters during the recent wave of demonstrations, while local organizations say the number could be higher.

“Our country is in mourning” said Atala Ojeda, a pensioner who joined one of the marches in Bogota, carrying a Colombian flag with a black ribbon. “Every month we are losing young people and social leaders.”

Loading...
Denial of responsibility! TechiLive.in is an automatic aggregator around the global media. All the content are available free on Internet. We have just arranged it in one platform for educational purpose only. In each content, the hyperlink to the primary source is specified. All trademarks belong to their rightful owners, all materials to their authors. If you are the owner of the content and do not want us to publish your materials on our website, please contact us by email – [email protected]. The content will be deleted within 24 hours.
AmericasColombiaGovernmentHealth newsHealth updateIvan Duquenews updatepoverty
0
Share

Caring for a child with ADHD