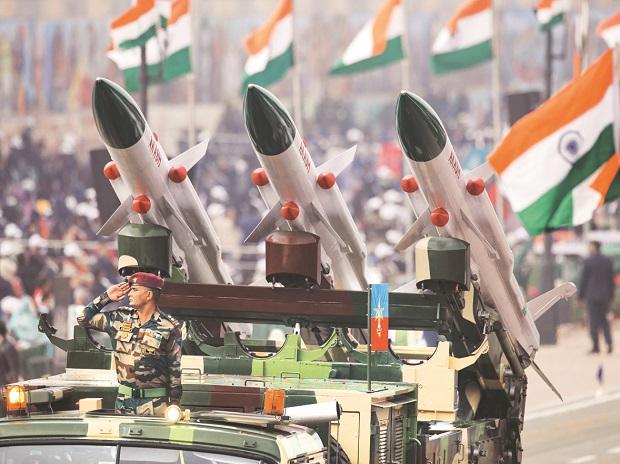 Republic Day 2023: This year’s parade to witness many first-time events

India will be celebrating its 74th Republic Day on Thursday. The parade this year is expected to be extra special with many first-time events scheduled. As the participants prepare to showcase India’s growing prowess and cultural diversity during the parade on the Kartavya path (formerly known as Rajpath), here are some of the ‘firsts’ to be expected:


– For the first time, 12 women riders will be part of the Camel Contingent of the Border Security Force (BSF) and among the 16 marching contingents from the armed forces, Central Para Military Forces, Delhi Police, National Cadet Corps (NCC), NSS along with 19 military pipes and drums bands in the Republic Day parade this year.


– The “Daredevils” Motor Cycle Riders from the Corps of Signals will be co-led by a woman officer.


– The newly-recruited Agniveers will also be a part of the parade for the first time.


– The Narcotics Control Bureau will also showcase a tableau for the first time.


– This year, only Made-in-India weapon systems will be showcased at the Republic Day parade, keeping with the theme of “Atmanirbhar Bharat”.


– For the first time in India’s independent history, the iconic 21-GUns Salute to the President during the parade will use 105 mm Indian Field Guns replacing the British-made 25-Pounder guns.


– The Indian Navy’s IL-38 will be showcased during the parade for the first and last time, according to a senior India Air Force official, reported by Livemint. IL-38 has served Indian Navy for 42 years.


– The biggest drone show in India, comprising 3,500 indigenous drones, will light up the evening sky over the Raisina hills during Beating the Retreat ceremony on January 29th.


– For the first time, a 3-D anamorphic projection will be organised during the Beating the Retreat Ceremony on the facade of the North and South Block.

Denial of responsibility! TechiLive.in is an automatic aggregator around the global media. All the content are available free on Internet. We have just arranged it in one platform for educational purpose only. In each content, the hyperlink to the primary source is specified. All trademarks belong to their rightful owners, all materials to their authors. If you are the owner of the content and do not want us to publish your materials on our website, please contact us by email – [email protected]. The content will be deleted within 24 hours.
74th Republic Daybeating retreatbusiness newsBusiness updateDayDelhi Metro Rail CorporationDelhiitesevents
0
Share