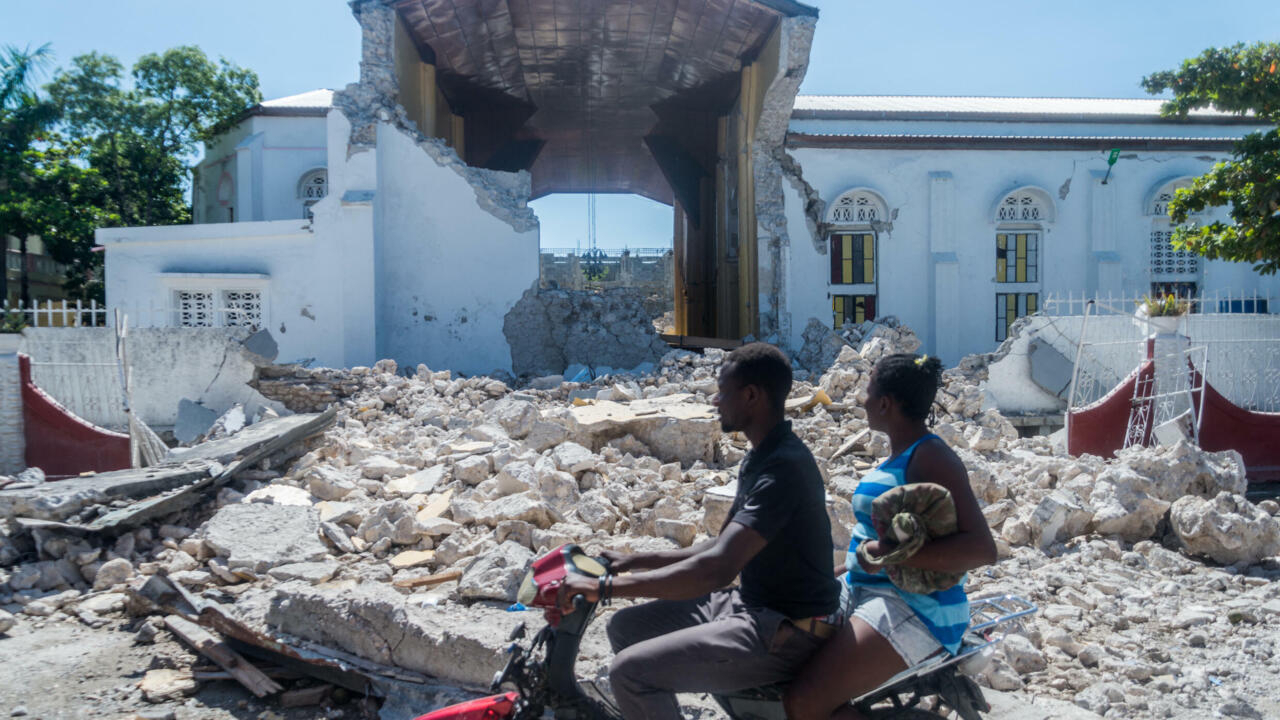 The death toll from a devastating earthquake in Haiti rose to 1,297 on Sunday as neighboring countries rushed to send aid and rescuers scrambled to find survivors buried beneath the rumble before a tropical storm hits.

The 7.2 magnitude quake on Saturday destroyed thousands of homes and buildings in a Caribbean nation which is still clawing its way back from another major temblor years ago and is reeling from the assassination of its president last month.

Southwestern Haiti bore the brunt of the blow, especially in the region in and around the town of Les Cayes. Haiti’s Civil Protection Agency said the toll from the disaster had climbed to 1,297 and the hospitals that were still functioning were struggling to cope with some 5,700 injured people registered so far.

The challenge facing Haiti has been exacerbated by the coronavirus pandemic, a severe economic downturn aggravated by fierce gang violence, and a political crisis that has engulfed the troubled nation after the assassination of President Jovenel Moise on July 7.

Churches, hotels, hospitals and schools were badly damaged or destroyed, while the walls of a prison were rent open by the violent shudders that convulsed Haiti.

In Les Cayes, a seafront town of some 90,000 people, rescuers in red hard hats and blue overalls pulled bodies from the tangled wreckage of one building, as a yellow mechanical excavator nearby helped to shift the rubble.

“We must work together to provide rapid and effective responses to this extremely serious situation,” said Haiti’s Prime Minister Ariel Henry, who had flown to Les Cayes.

Nearby countries, including the Dominican Republic and Mexico, rushed to send desperately needed food and medicines by air and across Haiti’s land border.

From the Vatican, Pope Francis urged the international community to show support swiftly. “May solidarity from everyone lighten the consequences of the tragedy,” he told pilgrims and tourists at his Sunday blessing in St. Peter’s Square.

However, Haiti’s government appealed to aid organizations against setting up makeshift camps and urged them to work through the planning ministry, an apparent attempt to avoid the mistakes made following the devastating 2010 earthquake that killed tens of thousands of people.

Many Haitians spent Saturday night sleeping in the open, traumatized by memories of that magnitude 7 quake 11 years ago that struck far closer to the sprawling capital, Port-au-Prince.

The rescue and aid efforts will be complicated by Tropical Storm Grace, which is expected to lash Haiti with heavy rainfall on Monday. Some parts of Haiti are also at risk of flash floods, the U.S. National Hurricane Center (NHC) said.

Thousands of people sleeping in the streets would be exposed to the torrential rains amid a rising risk of water-borne diseases, he said.

Footage of Saturday’s aftermath posted on social media showed residents reaching into narrow openings in piles of fallen masonry to pull shocked and distraught people from the debris of walls and roofs that had crumbled around them.

Access to the worst-hit areas was complicated by a deterioration in law and order that has left key access roads in parts of Haiti in the hands of gangs. In a video posted on social media, one gang leader said the armed groups had declared a truce along the route to Les Cayes.

Chandler said boats and helicopters were being used to bring in aid but the government was working to establish safe access by road. A first convoy of aid had made it through by land to the region of Les Cayes where, he said, several hospitals had been badly damaged.

“Those that are functional are receiving an overflow of patients, so the personnel is literally overwhelmed,” he said.

Following Moise’s assassination, which authorities have alleged was carried out by a group of largely Colombian mercenaries and Haitian accomplices, Prime Minister Henry said officials would aim to hold elections for a new president as soon as possible.

However, reports this week suggested that the vote initially earmarked for September would not take place until November. The chaos unleashed by Saturday’s disaster is likely to make the task of holding prompt elections harder still.

Haiti has long been politically unstable and Haitians have also suffered from problems stemming from international aid efforts and peace-keeping deployments during the past decade.

A sexual misconduct scandal centering on Oxfam International blighted the record of charity workers in Haiti, while a cholera outbreak linked to U.N. peacekeepers led to thousands of deaths. Twitter tennis star Naomi Osaka, whose father’s family are from Haiti, expressed sorrow on Twitter, saying she would give all the prize money she won at a tournament next week to the relief efforts.

“I know our ancestors blood is strong,” she said, “we’ll keep rising.”

Denial of responsibility! TechiLive.in is an automatic aggregator around the global media. All the content are available free on Internet. We have just arranged it in one platform for educational purpose only. In each content, the hyperlink to the primary source is specified. All trademarks belong to their rightful owners, all materials to their authors. If you are the owner of the content and do not want us to publish your materials on our website, please contact us by email – [email protected]. The content will be deleted within 24 hours.
Loading...
AmericasDeathearthquakeEarthquakeseffortsHaitiHaiti earthquakeHealth news
Share

Pain in neck, back: Kids deal with adult orthopaedic problems