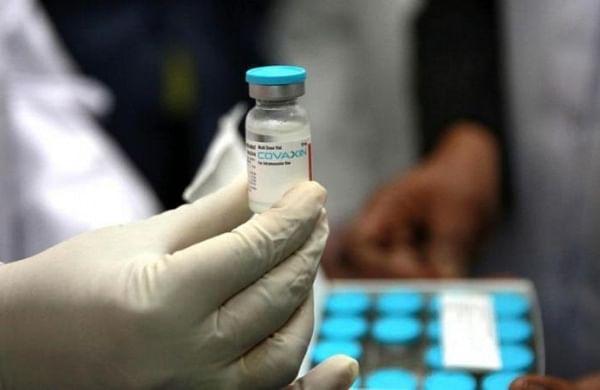 NEW DELHI: A research led by the National Institute of Immunology, apart from several other government institutions, has for the first time confirmed Covaxin-induced immune memory, indicating that the COVID-19 vaccine is capable of ensuring long term protection against severe disease.

The finding is significant, especially as various researches have now proven that antibodies – another marker of a vaccine’s efficacy – generated after being vaccinated with Covaxin is significantly lower as compared to Covishield, the other vaccine used in India.

Covaxin is India’s first fully indigenously developed COVID-19 vaccine, developed by Hyderabad-based Bharat Biotech in collaboration with the ICMR. Recently, it was granted emergency use listing by the WHO.

The latest report led by NII scientists which determined the magnitude, quality and persistence of cellular and humoral memory responses up to six months after vaccination with Covaxin, says the quantity of vaccine-induced spike and nucleoprotein antibodies is comparable to that following natural infection and the antibodies are detectable up to six months.

The RBD-specific antibodies decline in the range of 3 to 10-fold against SARS-CoV-2 variants in the order of  alpha, delta, beta, with no observed impact of gamma and kappa variants. “We found that the vaccine induces memory B cells, similar to natural infection, which are impacted by virus variants in the same order as antibodies,” noted the researchers.

The findings released in a pre-print for medical research establish that the inactivated vaccine Covaxin induces robust immune memory to SARS-CoV-2 and variants of concern, which persist for at least six months after vaccination.

“This study has implication for future vaccine development, guidance for use of inactivated virus vaccine, and booster immunisation,” it said.

Immune memory up to six months

The findings establish that the inactivated vaccine Covaxin induces robust immune memory to SARS-CoV-2 and variants of concern, which persist for at least six months after vaccination

Denial of responsibility! TechiLive.in is an automatic aggregator around the global media. All the content are available free on Internet. We have just arranged it in one platform for educational purpose only. In each content, the hyperlink to the primary source is specified. All trademarks belong to their rightful owners, all materials to their authors. If you are the owner of the content and do not want us to publish your materials on our website, please contact us by email – [email protected]. The content will be deleted within 24 hours.
benefitscoronaviruscovaxincovid vaccineCovid19lifestyle newslifestyle updatelong
Share