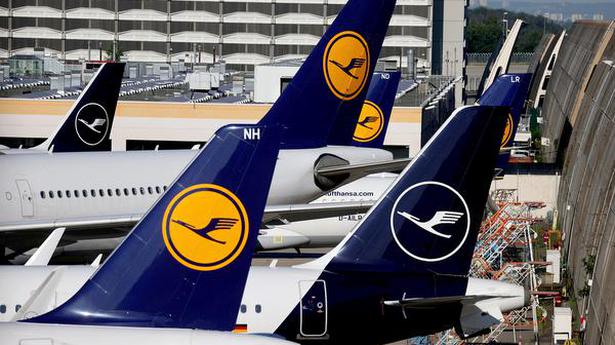 Restricting air traffic between India and Germany is hurting both the economies and the Lufthansa group is eagerly waiting for the Indian government to allow more flights between the two countries, said its CEO Carsten Spohr here on October 3.

Indian aviation regulator DGCA currently allows Lufthansa to operate just 10 weekly flights from India to Germany, after it had accused the airline in September 2020 of being beneficiary of “inequitable distribution” of traffic.

At a media briefing on the first day of 77th annual general meeting of International Air Transportation Association (IATA) here, Mr. Spohr said: “The first thing we need is more traffic right now (between India and Germany), to the ‘open skies’ we had before, because I think, right now, we are blocking business between the economies of India and Germany by not allowing enough travellers to go back and forth.” “So, that is hurting both economies because both economies are dependent on imports and exports,” Mr. Spohr mentioned.

He stated that the German and Swiss governments are in constant dialogue with the Indian government to have “additional flights”.

The IATA has around 290 airlines as its members comprising 82% of global air traffic.

Currently, there are no international flights operating between India and Switzerland, he stated, hoping that the services between the two countries would resume soon.

Scheduled international passenger flights have been suspended in India since March 23, 2020, due to the coronavirus pandemic.

However, special flights have been permitted under “air bubble” arrangements India has formed with approximately 28 countries, including Germany.

According to aviation industry sources, just around 20% of pre-Covid international flights are being operated from India right now.

When asked about his opinion about Vistara’s probable merger with Air India, Mr. Spohr replied: “That is something that we are looking with large interest. Obviously, Vistara is partly owned by Singapore Airlines, which is a strong partner of Lufthansa. Air India is a part of Star Alliance, so here are two friends (Air India and Vistara) getting together.” The Indian government had invited Expression of Interests (EoIs) for Air India on January 27, 2020.

According to sources, the Tata group which runs Vistara and AirAsia India is currently the top contender to win Air India.

Mr. Spohr said he plans to come to India early next year to talk to the Indian carriers to see which additional business can be jointly generated on the “important market” between India and Europe.

When asked if this visit would be about any new type of codeshare agreement, he replied: “It will be about expanding our partnership. We already have a codeshare agreement with Air India. We could be doing more of that.” However, he again mentioned the need of having more air traffic between India and Germany.

“At Lufthansa, we cannot wait for the Indian government to reopen (scheduled air traffic) and I promise you that my best aircraft would be visiting your home country. So, that is something that we are waiting for eagerly,” he stated.

In a two-way codeshare agreement, each airline on its distribution system can sell seats of other’s flights.

Lufthansa had on September 29, 2020, announced the cancellation of all flights from India to Germany during the period between September 30 and October 20, 2020.

The DGCA issued a statement a few hours later, stating that there are restrictions in place for Indian nationals desiring to travel to Germany which was putting Indian carriers at a significant disadvantage resulting in “inequitable distribution” of traffic in favour of Lufthansa.

“In spite of this disparity we offered to clear 7 flights a week for Lufthansa which was not accepted by them. Negotiations continue,” the DGCA mentioned.

Ultimately, in October 2020, it was decided between India and Germany that Lufthansa will operate 10 weekly flights from India to Germany.

Denial of responsibility! TechiLive.in is an automatic aggregator around the global media. All the content are available free on Internet. We have just arranged it in one platform for educational purpose only. In each content, the hyperlink to the primary source is specified. All trademarks belong to their rightful owners, all materials to their authors. If you are the owner of the content and do not want us to publish your materials on our website, please contact us by email – [email protected]. The content will be deleted within 24 hours.
airCarsten SpohrCEOCivil Aviation MinistereconomiesEducation newsEducation updateGerman
Share

WhatsApp May Soon Show Voice Messages on Its Home Screen