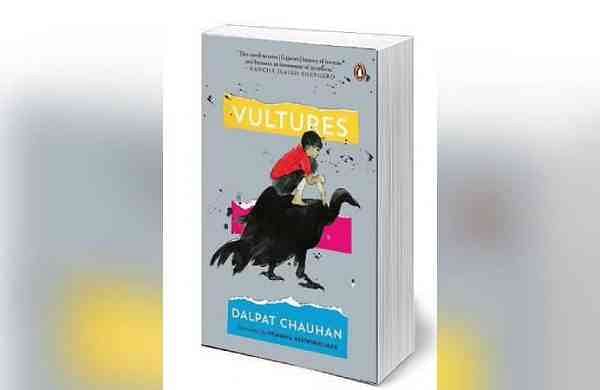 Retellings of an unjust caste system

Written by Dalpat Chauhan, and translated by Hemang Ashwinkumar, Vultures is a powerful novel about the evils of caste patriarchy and bonded labour in rural India. It is based on the real-life story of a Dalit boy who was murdered by Rajput landlords in 1964. This horrific incident took place in a village called Kodaram in the Banaskantha district of Gujarat. Chauhan’s book was first published as Gidh (2000) in Gujarati, and the English translation is out this year, thanks to Hamish Hamilton, an imprint of Penguin Random House India.

Ashwinkumar has dedicated his translation to “the bravehearts who are fighting the battle for Dalit rights”. His introduction provides a useful literary and sociopolitical framework to appreciate the significance of Chauhan’s work and its contribution to Dalit literature. Iso, the only son of his father Ghemar and mother Vhali, works as a serf on Mavajibha’s land. The terms of employment are akin to slavery.

Chauhan writes, “Every year on Diwali, the tenure of his bondage would end, only to be renewed with more stringent conditions. The account would be audited, and the small withdrawals that he or his parents made throughout the year from the masaro––the annual contract amount––would be added up.”

Iso hates this exploitative arrangement. He longs to be free, and live a dignified life. This remains a dream. He feels a deep sense of connection with vultures, as if they were bound “by an umbilical cord of ever-blazing gut-wrenching hunger.”

He feels that his life is like that of vultures because he too gets to eat only scraps that are left behind after everyone has had their fill. Mavajibha’s daughter, named Diwali after the festival of lights, is sexually attracted to Iso. She tries to seduce him when he is out in the fields on various occasions. He is enraptured by her beauty but cannot afford to reciprocate her advances because they occupy different places in the caste hierarchy. Diwali’s family regards Iso’s touch as polluting because he is a tanner.

She is not even supposed to go near him, so lovemaking is technically out of question. The author has skilfully depicted the sexual tension between them through suggestive word play, while emphasising the fear that grips Iso even as he is flattered that Diwali desires him. Her reaction after Iso’s first shave is worth noting. She tells him that he looks like a prince, which is ironic considering the fact that she also uses casteist slurs and hurts him.

Diwali says, “Iso, how long will you spurn me? One day, I will crush you in my embrace.” At this point, they do not know that they are being watched by Shanoji, the ploughboy who is higher in stature than Iso because of his place in the caste system.

Shanoji likes Diwali, and wants to have a no-strings-attached sexual relationship with her. She is not interested, but Shanoji does not care about consent. He wants to have her at any cost. He tries to rape her.
The novel provides a chilling account of how Iso is first beaten, then killed, for Shanoji’s crimes. The truth does not count; what matters is perception. The word of a person higher up in the caste hierarchy holds more value and credibility than a person on the lower rungs.

It is heart-breaking to read about the trauma that Iso goes through. His parents Ghemar and Vhali want to do absolutely everything they can to protect him but they are unsuccessful. Mavajibha wants to ensure that his daughter’s reputation remains untarnished. He does not mind throwing Iso under the bus. Even Fulima, Diwali’s mother, has no sympathy for Iso.

These people want to benefit from Iso’s labour, but feel no obligation whatsoever to save his life. Chauhan’s novel is just another reminder of how rotten and unjust the caste system is.

Denial of responsibility! TechiLive.in is an automatic aggregator around the global media. All the content are available free on Internet. We have just arranged it in one platform for educational purpose only. In each content, the hyperlink to the primary source is specified. All trademarks belong to their rightful owners, all materials to their authors. If you are the owner of the content and do not want us to publish your materials on our website, please contact us by email – [email protected]. The content will be deleted within 24 hours.
Bonded labourcasteCaste systemDalpat Chauhanlifestyle newslifestyle updatenews updatePenguin House
Share

How does getting a business car through car finance benefit a business owner?

You can spot a late-game Elden Ring area at the start, and I…