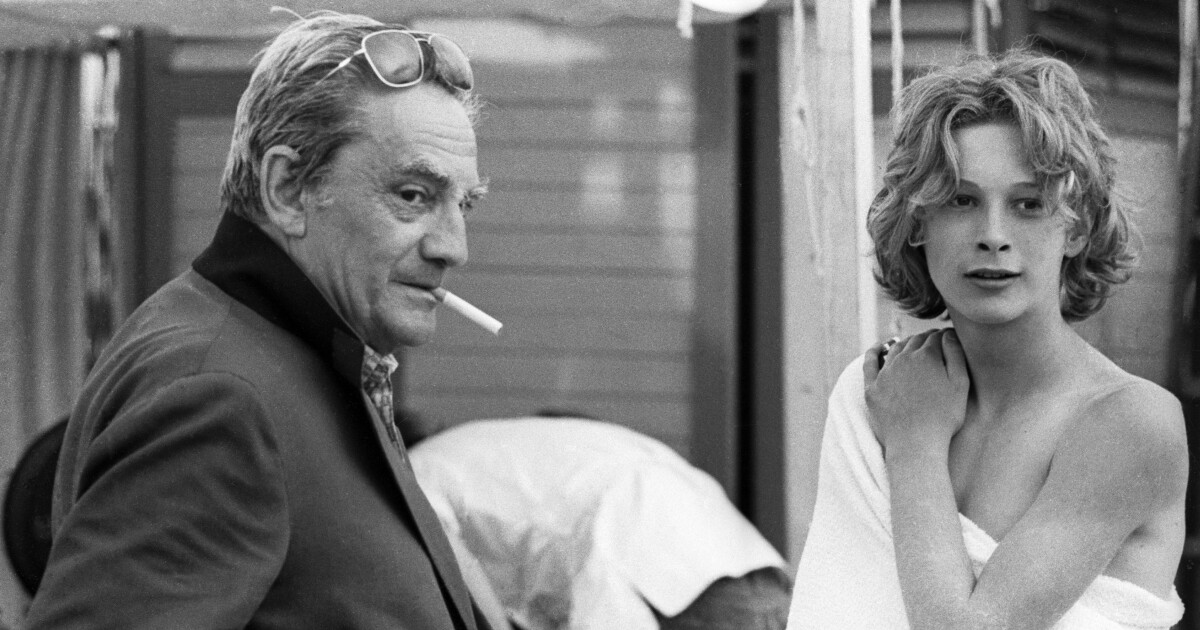 Review: ‘The Most Beautiful Boy in the World’ remains an enigma in documentary

In 1971, 15-year-old Björn Andrésen starred in the film “Death in Venice.” What exactly happened during and soon after the filming of Luchino Visconti’s feature adaptation of the Thomas Mann novella to set the young Swede on a course for self-destruction and a life filled with disappointment, dysfunction and tragedy?

It’s hard to be sure from the sad and somber documentary “The Most Beautiful Boy in the World,” in which co-directors Kristina Lindström and Kristian Petri attempt to unravel this mystery, one with provocatively sordid undertones, in a way that may leave viewers with more questions than answers.

The openly gay Visconti, who had previously made such acclaimed films as “Senso,” “The Leopard” and “The Damned,” went on an extensive European search for the ideal boy to match Mann’s godlike description of Tadzio, the Polish teen with whom an ailing, aging composer (Dirk Bogarde in the movie) becomes obsessed while they are both staying at a Venice luxury hotel.

Visconti zeroed in on the picture-perfect Andrésen, which led to a whirlwind few years of fame, idolatry and objectification (particularly in gay circles and via depictions in Japanese commercials and manga comics) for the quiet, ill-prepared teen, whose fate was somewhat sealed when Visconti publicly dubbed him “the most beautiful boy in the world.”

The reflective, at times meandering documentary features a wealth of archival footage from the “Death in Venice” casting sessions, the film’s Italian shoot, its London premiere and Cannes Film Festival launch. But these evocative and entrancing clips prove more illustrative of Andrésen’s general unease in that white-hot spotlight (though he also often appeared game and compliant) rather than being any kind of startling exposé of untoward activity.

We’re left to draw our own conclusions about that period, especially as the present-day Andrésen looks back on it here with more innuendo and elusion than frank remembrance. What are we to make of his comments about the preponderance of gay men who worked with Visconti on the “Death in Venice” shoot? Or his recount of being essentially “kept” for a time in mid-’70s Paris by a circle of older male admirers? Nothing positive, it would seem.

From 2015 to 2020, Lindström and Petri turned their cameras on Andrésen, now 66, whose “most beautiful boy” days are long behind him. He’s become a rail-thin, wraith-like presence with lush, mid-back-length gray hair, living a seemingly marginal existence in a cluttered Stockholm apartment.

(The movie opens with his much-younger girlfriend detailing his home’s squalor — yikes!)

The filmmakers also take us to Paris, Venice, Copenhagen, Tokyo and elsewhere as they track Andrésen’s often unfortunate past, one that’s been filled with abandonment, death, alcoholism, depression, seclusion and more. A role in the 2019 horror drama “Midsommar” seems the rare recent bright spot for the troubled actor and musician.

But even with the help of such voices as Andrésen’s daughter, half-sister, a childhood friend and a friend of his late mother, plus a trove of family photos and home movies, Lindström and Petri struggle to effectively connect the dots from Andrésen’s heady “Death in Venice” days to his adult vicissitudes. There’s also about a 30-year period in Andrésen’s life, starting in the mid-1980s, that goes largely unaccounted for.

The result is a cinematic curio in search of a more conclusive theme and emotional payoff. If anything, it may inspire film buffs to discover or revisit Visconti’s “Death of Venice,” see how “outré” the movie may seem by today’s standards, and learn more about the provocative and uncompromising auteur.

‘The Most Beautiful Boy in the World’

In English, Swedish, French, Japanese and Italian with English subtitles.

Denial of responsibility! TechiLive.in is an automatic aggregator around the global media. All the content are available free on Internet. We have just arranged it in one platform for educational purpose only. In each content, the hyperlink to the primary source is specified. All trademarks belong to their rightful owners, all materials to their authors. If you are the owner of the content and do not want us to publish your materials on our website, please contact us by email – [email protected]. The content will be deleted within 24 hours.
beautifulBoyDocumentaryEnigmaentertainment newsEntertainment updatenews updateremains
Share