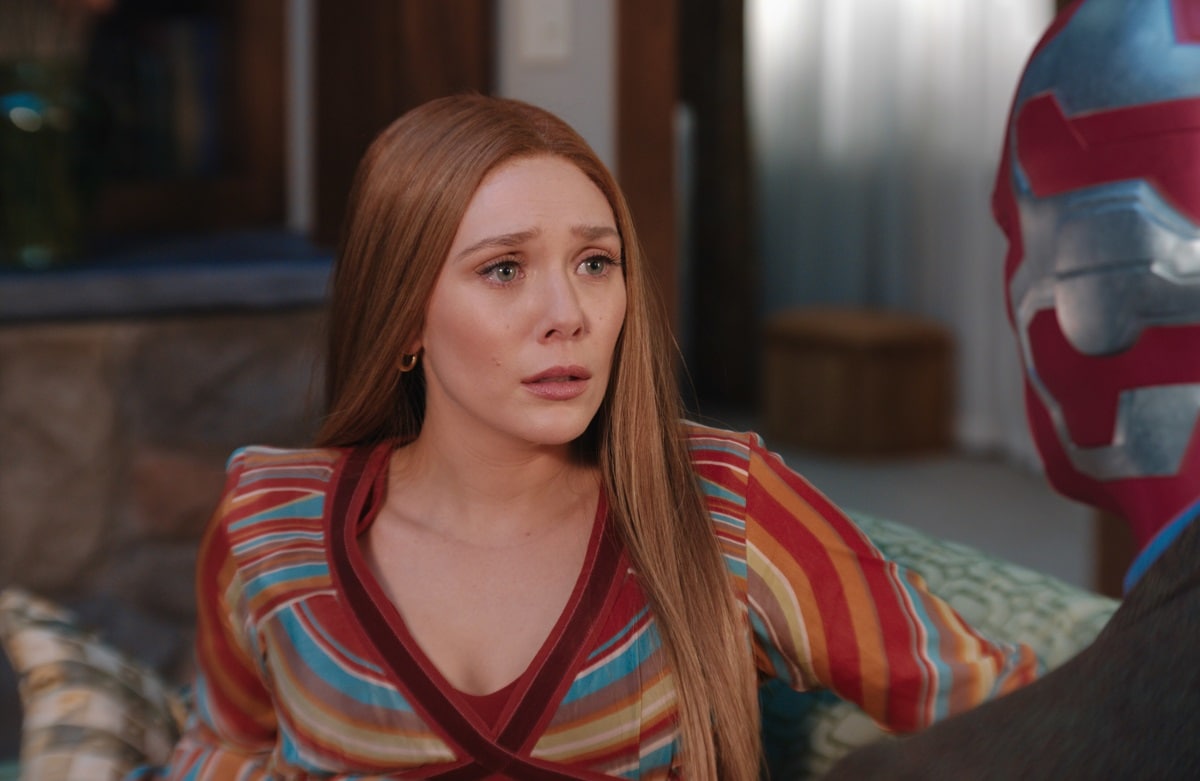 Review: WandaVision Experiment Is Thanks to Marvel’s Endgame Boom

WandaVision, Marvel Studios’ first ever TV series, inspired by decades of American sitcoms, was one of the funniest entries yet. But it was also one of its saddest. At its heart, WandaVision was about its protagonist, Wanda Maximoff/ Scarlet Witch (Elizabeth Olsen), navigating a deep and personal loss. Wanda might be an Avenger and have superhuman abilities, but her heart is still human. Spoilers ahead. And she’s led the most heart-wrenching of lives, as WandaVision reiterated, having literally lost everyone she has ever cared for: her parents Iryna (Ilana Kohanchi) and Olek Maximoff (Daniyar), her only brother Pietro Maximoff (Aaron-Taylor Johnson, not Evan Peters), her lover Vision (Paul Bettany), and her — real? — twin boys, Tommy (Jett Klyne) and Billy (Julian Hilliard).

The Marvel Cinematic Universe series’ central conceit, in how most of WandaVision’s episodes were modelled after sitcoms, was a way for Wanda to grapple with her emotions. As we see in WandaVision episode 8, a young Wanda (Michaela Russell) grew up on American sitcoms in Sokovia, before her parents were wiped out in a bombing. That she (and her younger brother) managed to survive in a conflict-riddled nation no doubt left them with lifelong scars, but for Wanda, the misery continued as she lost Pietro when the Avengers tried to stop Ultron (James Spader) — in Avengers: Age of Ultron. In the aftermath, Wanda found a new connection in Vision, someone who was as alone in the world as her. But then she lost Vision too during the events of Avengers: Infinity War.

Not just once, but twice — it’s actually thrice now after WandaVision episode 9. To keep the Mind Stone — the yellow gem embedded in Vision’s forehead that gives him life — away from Thanos (Josh Brolin), a sobbing and broken Wanda agreed to “destroy” her lover. But all that pain was for nothing, as the big purple brute reversed time and took it anyway, killing Vision for a second time in the process, all while Wanda watched helplessly. And before she could even begin to process his death, Wanda was wiped away in Thanos’ Snap, along with half of the universe. As Wanda returned to the land of the living after the Blip — WandaVision is set just a few weeks after the events of Avengers: Endgame — it was the first time that she was able to properly grieve.

Grief is usually the first act of a story, more so for the likes of Marvel that are in the business of making action epics for the big screen. In Guardians of the Galaxy, after losing his mother, a young Peter Quill is transported across the stars and becomes Star-Lord. In Star Wars: A New Hope, after losing his guardians, Luke Skywalker throws himself into a galactic conflict and trains to be a Jedi. The protagonists, propelled by the loss, launch themselves into an adventure. Grief is the catalyst, not a destination. But not so for WandaVision. Moreover, its longform nature allowed WandaVision to explore a character’s inner life like never before. No other MCU property has had this amount of time to navigate how a Marvel superhero is feeling. Even the three-hour Endgame had to get on with its plot after a point.

Of course, it helps when you’ve a talent like Olsen. The 32-year-old has never had the space in Marvel films previously — she’s always been the supporting player, across two Avengers films (Age of Ultron and Infinity War) and Captain America: Civil War, in addition to a cameo in Endgame — but here on WandaVision, Olsen showcases what she’s truly capable of. Olsen kept up with the demands the sitcom beats asked of her, even as they changed every episode. And though the dramatic beats were more akin to what she’s done before in the MCU, there were scenes on WandaVision episode 8 that allowed her to dig deep into Wanda’s emotions. And she delivered. Through its five-hour-plus runtime, Olsen proved that she is a terrific actress.

Wanda’s grief manifested itself as the Hex — as Dr. Darcy Lewis (Kat Dennings) termed it — which she created after crumbling and giving into “chaos magic” at the site of the Westview, New Jersey home that Vision had earmarked for their future, as we saw in WandaVision episode 8. The ever-changing sitcom eras (that Olsen nailed) were essentially Wanda’s coping mechanisms, because she was unable to live with the pain and suffering she had endured. For WandaVision, that became an early selling point, in that it would pay homage to American sitcoms through the decades. Across its nine-episode run that ended Friday, WandaVision traded on over a dozen of them, including the likes of The Dick Van Dyke Show (from the ‘60s) and Modern Family (from the ‘00s).

WandaVision may have started as a homage to sitcoms, but it became a reveal-driven show as it went on. In WandaVision episode 4, we learnt that all of Westview was Wanda’s doing and that she exhibited complete mind control within the Hex. In WandaVision episode 5, “Pietro Maximoff” (Evan Peters) stumbled in out of nowhere, hinting that we might get X-Men in the MCU. Marvel was just trolling us. In WandaVision episode 7, Agnes (Kathryn Hahn) revealed that she was in fact a witch called Agatha Harkness who had been manipulating events (including Pietro’s introduction), setting herself up as the MCU series’ villain. In WandaVision episode 8, we were given a secondary villain in “White Vision”, who had all of his powers but none of the soul. 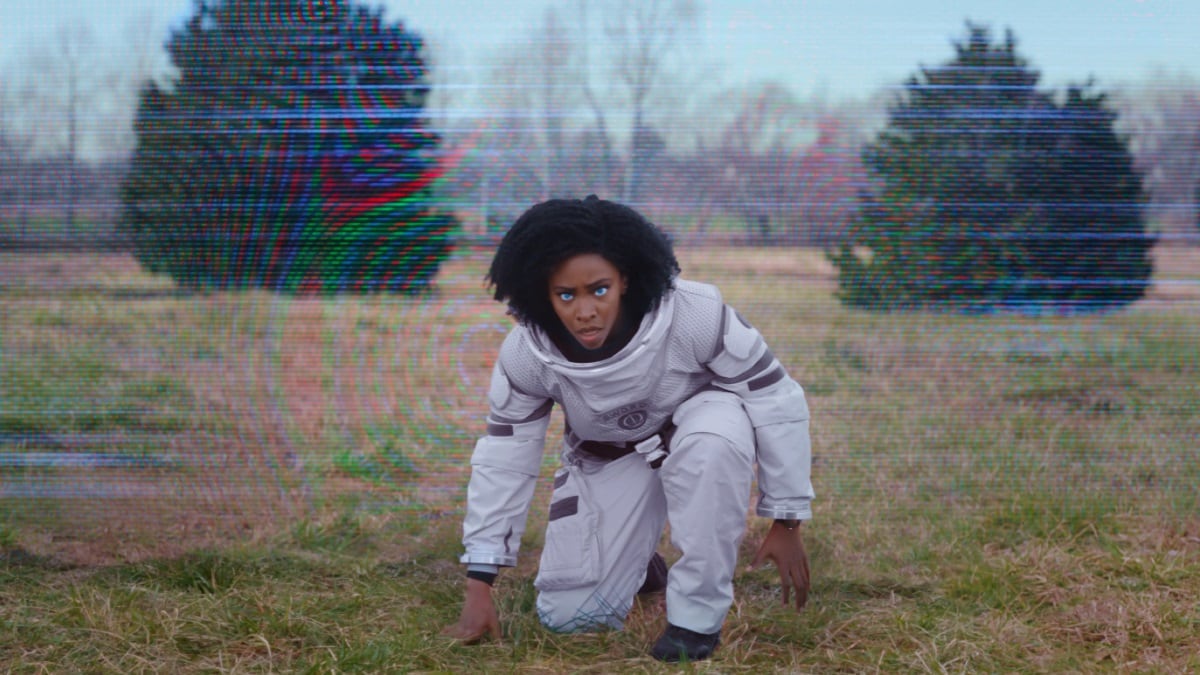 And because it’s also a Marvel property at the same time, WandaVision also had to do the obligatory work of setting up future MCU entries.

Then there’s the direct continuation of WandaVision’s story that Marvel has repeatedly talked about: Doctor Strange in the Multiverse of Madness, slated to release in March 2022. Olsen is an official part of the Benedict Cumberbatch-led Doctor Strange sequel, which will find the titular sorcerer unleashing “unspeakable evil”, the synopsis states, as he faces former ally Karl Mordo (Chiwetel Ejiofor). At the end of WandaVision episode 9, Wanda said she plans to fully understand her powers, which suggests that she might seek out Strange to train her. But the WandaVision episode 9 post-credits scene hinted at a different storyline, one that involves Wanda trying to find out how her twin boys Tommy (Jett Klyne) and Billy (Julian Hilliard) are still around.

WandaVision might have also set up Marvel’s far-off future, if the twins are indeed alive — and it’s not a trick. In the comics, Tommy and Billy grow up to be the superheroes Speed and Wiccan, respectively, who are both part of Young Avengers.

Given what we know of the MCU’s upcoming nature, something tells me this will link into the multiverse — it’s right in the title of Doctor Strange 2. The multiverse is said to be first explored in Spider-Man: No Way Home — out December 2021 — which also features Cumberbatch and will also tie into Doctor Strange in the Multiverse of Madness. The same also goes for the Tom Hiddleston-starrer Loki series, premiering June 11 on Disney+ and Disney+ Hotstar. 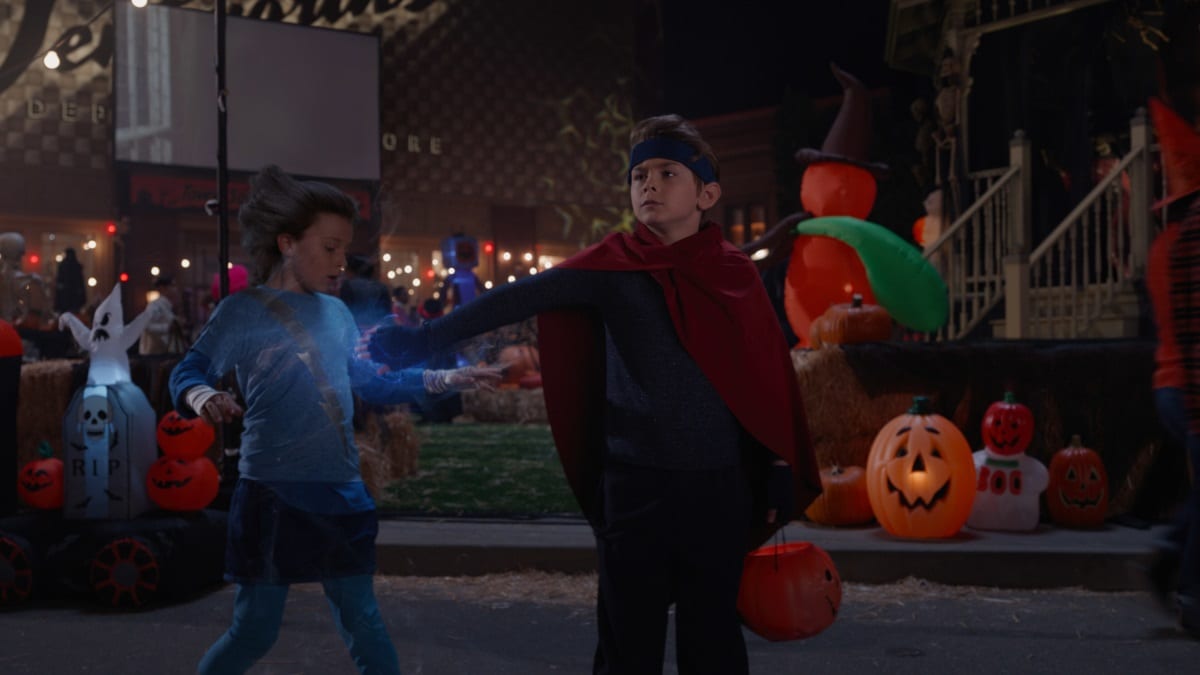 That’s two different series (WandaVision and Loki) and one movie sequel (Spider-Man: No Way Home) all playing into another sequel. WandaVision, hence, seems to be the start of a new interconnected era for Marvel, where it can — and will — do even more links than ever before. While films set up future (Avengers) get-togethers previously, now it’s going to become more like a spider’s web. And that’s partly thanks to the arrival of Disney+. For us fans, to have the best MCU experience, you will need to stay updated on all the series and movies. But for some, this might begin to seem like homework. After all, there are 10 MCU entries alone in 2021.

But Marvel’s success — it’s the biggest franchise of all time with over $22.5 billion (about Rs. 1,63,711 crores) at the box office worldwide, and WandaVision is said to be one of the most streamed original series — shows that people are willing to go on the journey. It’s why virtually every Hollywood studio has attempted to copy this model (with varying degrees of lesser success), now including its own sister studio Lucasfilm. After The Mandalorian shot off to global popularity, Lucasfilm used the Star Wars series’ second season to launch its own cinematic universe. Marvel did try The Mandalorian route earlier, with MCU extensions on Netflix and elsewhere (à la Daredevil and Jessica Jones), but it never truly exploded. With Disney+, it’s now bringing its film stars to television screens.

Star Wars has yet to do that, save for that Luke Skywalker (Mark Hamill) cameo in The Mandalorian season 2 finale. Lucasfilm still seems to be keeping its big screen aspirations separate from its Disney+ forays. The MCU has always been one giant TV show in some ways. Its movies always felt like they were designed as episodic adventures, except they played on IMAX screens and had budgets running into hundreds of millions. The latter bit stands true for WandaVision and other upcoming MCU series, except they are now being beamed straight into our homes, in a piecemeal fashion. 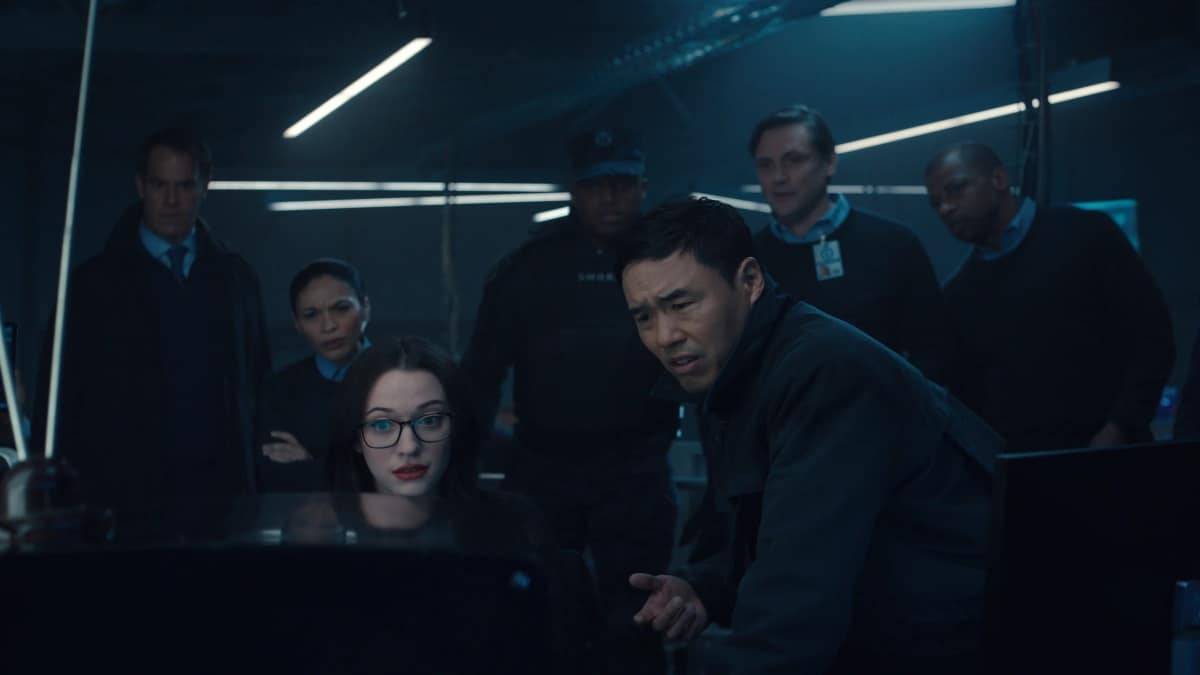 And that’s what makes WandaVision the first true MCU TV show. While most Marvel movies are about two hours long (unless you’re called “Avengers” in which case you get 30 minutes to an hour more), the Disney+ series had no such constraint. WandaVision episodes ranged from 22 minutes to 47 minutes. Marvel chief Kevin Feige has said that others (like Loki and The Falcon and the Winter Solider) will be even longer, with episodes ranging from 40–50 minutes — longer than most TV dramas though shorter than the hourlong fixtures that Netflix has (unfortunately) made a habit of.

The longform approach helped the storytelling on WandaVision, and so did the fact that it wasn’t beholden to being an out-and-out actioner. That said, this is not true across the board. The Falcon and the Winter Solider — premiering March 19 — looks a lot more like what Marvel has offered on the big screen. But WandaVision has shown that Marvel isn’t taking its position on top of the world for granted. It’s willing to try out new things — the studio delivered the biggest movie of all time with Endgame, so why not experiment — on the same giant canvas as its blockbusters. Go back a couple of years with the help of Doctor Strange’s Time Stone and try telling someone that Marvel would soon give us a sitcom with Avengers, which in actuality would be about a superhero processing their trauma. That’s WandaVision.

All nine episodes of WandaVision are streaming on Disney+ and Disney+ Hotstar.

Zoom recovers from hours-long outage, says issues were likely due to internet gl