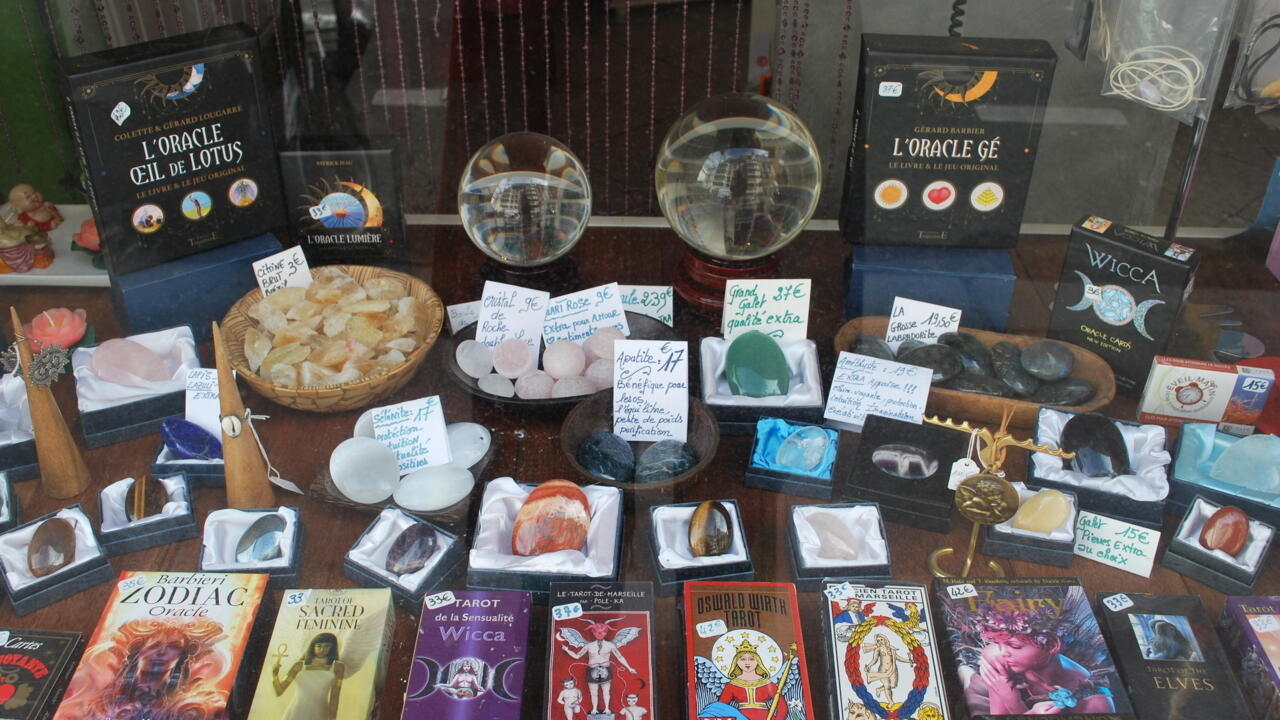 ‘Revival of the occult’: French youth turn to tarot, astrology during Covid-19

Young people in France are increasingly turning to tarot, astrology and other forms of esoterism, a trend that accelerated during the Covid-19 pandemic, according to a recent poll.

When French President Emmanuel Macron announced France’s first lockdown on March 16, 2020, Theotime Sorgato, 22, left Paris for Brittany with a couple of his friends. He packed his computer, some clothes and books, a deck of tarot cards, and Alejandro Jodorowsky’s celebrated guide to the Tarot de Marseille.

Every day he studied a new card, using the tarot as a “psychological tool” rather than for divination.

“It really draws out a person’s subconscious,” Sorgato told FRANCE 24 by phone. “My generation are looking for ways to connect to themselves, and find symbols to understand what’s going on inside them. There’s a real revival of the occult.”

With no idea of how long lockdown would last, and with his work as a freelance jewellery stylist and production manager on hold, he had plenty of time on his hands to explore the cards in depth.

“Covid-19 really played on people’s sense of identity,” he continued. “People were trying to understand who they were during the pandemic.”

Sorgato is one of thousands of young French men and women who are increasingly turning to tarot, astrology and other forms of esoterism.

Nearly 70 percent of French youth, between the ages of 18-24, believe in parasciences (including astrology, numerology, palm reading, clairvoyance and cartomancy), a trend that has been on the rise for the past 20 years, according to an Ifop poll published last December.

Four out of ten French people now believe in astrology, compared to three out of 10 Americans, an increase of 10 points since 2000, the poll added.

Best friends Nina Dotti, 25, and Ysée Eichhorn, 24, both studying film in Paris, have been exploring astrology for a few years.

But as the Covid-19 pandemic wore on, and she went through a gruelling operation on her legs, followed by a five-month rehabilitation process, she looked to a sense of community online.

“I joined Tiktok like lots of other people, and I saw a lot of astrology memes, videos and jokes. I realised that a lot of people were talking about astrology … that all happened during Covid.”

When France’s second lockdown kicked in, from October-December 2020, she and Dotti held Instagram lives on an astrological theme with their closest friends every Monday, discussing how each of the Zodiac signs might be experiencing lockdown, and trying to guess the star signs of characters from “Harry Potter”, or “Shrek”, or “Friends”.

For Eichhorn, who describes herself as shy and introverted, it was really “helpful” to discover the qualities of her star sign as a young teenager, and find that “it really resonated” with her.

At school, when she and her more outgoing friend Dotti met boys they liked, they were quick to find out their birthday and run astrological compatibility checks.

“When I found out my boyfriend’s date of birth, and did his birth chart, it turns out that our two charts are perfectly opposite, perfectly complementary … aligned in the stars, it’s amazing,” sighed Dotti.

After mastering the basics of the 12 signs of the Zodiac, the women went on to learn about ascendants, houses and transits. A few years later they launched their own Instagram page, lastrotrorigolo (Astro for fun).

“Some people laugh at us when we ask them their star sign,” said Eichhorn. “But it’s funny, because the more we develop it, the more it attracts and interests people because they understand that it’s not just 12 signs, but that they have their own astrological chart.”

Stefan Mickael, a fortune teller, tarot reader and medium, in the northern Paris suburb of Seine- Saint-Denis, puts the rising trend for esoterism down to a growing open-mindedness, in the same way that LGBT and women’s rights are gaining traction in France.

“Thirty years ago it was hard to build a career as a fortune teller. I started out doing tarot readings on the quiet for my aunt and her friends … very much word of mouth … there was no internet at the time and I wasn’t ready to put myself out there,” he said, before eventually setting up as a practitioner full-time.

Madame Morin, a tarot reader in Paris’s 18th arrondissement (district) whose grandmother taught her to read the cards, said she thought French youth were looking for some form of reassurance.

“Before people used to go to church and they prayed, now people go to church a lot less. People are a lot less religious but often my clients have told me that I’m a replacement for a priest. Young people need something to believe in,” said Morin.

The French are no strangers to fortune tellers, mediums and tarot readers. Former president François Mitterrand consulted the astrologer Elisabeth Tessier throughout his tenure, seeking advice on subjects such as the Maastricht Treaty and the Gulf War. General de Gaulle began using an astrologer, Major Maurice Vasset, towards the end of the Second World War. Vasset advised De Gaulle against holding a referendum in 1969 in a desperate attempt to restore his prestige after the shock of the May 1968 protests. But De Gaulle ignored him, lost the referendum and was forced to resign.

But Dotti and Eichhorn are less interested in being told what the future might hold than they are in understanding themselves and their friends.

“Our favourite game is trying to guess other people’s star signs. And it’s useful,” Dotti said, explaining, with a laugh, how she had landed an internship at a casting studio by accurately guessing the star signs of the three people interviewing her.

Neither of them reads their horoscope in magazines but they set great store by a birth chart.

“It’s a way of working on yourself,” said Dotti of astrology, who has the horoscope app Co-star but turned the daily notifications off.

“Getting a message saying ‘you’re going to have a shit day but you’ll get through it’. Who wants to hear that at 8am in the morning?” she laughed.

“A birth chart’s like having an esoteric identity card,” said Eichhorn. “I see astrology as psychology. I know there must be something to it, I just want to believe in it – it’s like faith.”

Denial of responsibility! TechiLive.in is an automatic aggregator around the global media. All the content are available free on Internet. We have just arranged it in one platform for educational purpose only. In each content, the hyperlink to the primary source is specified. All trademarks belong to their rightful owners, all materials to their authors. If you are the owner of the content and do not want us to publish your materials on our website, please contact us by email – [email protected]. The content will be deleted within 24 hours.
astrologyCoronavirus (Covid-19)Covid19FeaturesFranceFrenchHealth newsHealth update
0
Share

Angad Bedi’s daughter Mehr rushes to his arms after he completes 16 days of isolation, watch video

Teaching children touch, consent and right to say no