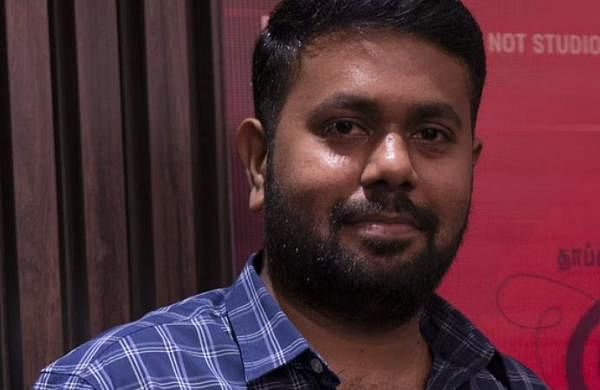 Se7en Director: David Fincher
‘Watching films was not common in our house and as a result, I grew up with a love for reading. Torrents were proliferating during my college days and that’s when I watched Se7en. It was my first rendezvous with David Fincher, a filmmaker I went on to revere over the next few years. Se7en begins as a police-procedural-meets-buddy-cop film and then unfolds like a horror film. Years later, we might be discussing the film’s ending as a matter of fact, but it was shocking and highly impactful when I first watched it; one needs some time to recover from it and I think that’s how the film should have ended. In the end, Morgan Freeman recites a quote, ‘The world is a fine place and worth fighting for’. It summarises the film.
From a filmmaking perspective, Fincher’s pans and tilts are in synchronisation with the character he wants us to follow. If they sit, the camera tilts down, if they stand, the camera tilts up. His movements are quite motivated. Likewise, Fincher’s usage of close-ups is quite economical. He doesn’t like underlining the importance of specific plot points by going for a close-up. I try to imbibe the same.’

Here’s the promo for the latest episode of #FilmsThatMadeMe, in which filmmaker Ashwin Saravanan (@Ashwin_saravana) talks to @RamVenkatSrikar about three films that inspired him the most.

Premiering on our YouTube channel tomorrow at 7 pm. pic.twitter.com/KaxNVYd87V

Rhythm Director: Vasanth
‘To put it simply, Vasanth sir makes ‘decent’ films. I grew up in a household where if a glamorous song plays on TV, we tend to switch to a different channel or turn the TV off. With Vasanth sir’s films, however, this was never a problem. I like Rhythm, particularly, because romantic comedies have an exaggerated quality to them; the romance, the interactions and the characters are often romanticised. In Rhythm, however, nothing is glorified; it’s all realistic and simple. Moreover, ideas like a widow entering a new relationship were mostly confined to art cinema earlier, but Rhythm normalised these mature relationships. Cinema should represent people and stories of all age groups; people in their 30s and 40s will have their love stories and there is a necessity to tell their stories with dignity. The film dealt with heavy themes like emotional reservations and death but never gets sappy or melodramatic. Nobody is victimised either. It’s a classy film. Films have an aspirational quality; we have a proclivity to imagine ourselves like the character for at least a few days after a few days. In that sense, Rhythm beautifully addresses how you treat a person with respect and dignity. If we show this film to a kid, it will be a positive influence.’

Whiplash Director: Damien Chazelle
‘This is one of the best debuts in the past 10-15 years. It’s an unforgettable experience too. If you see it from a screenplay perspective, over 40 minutes of the film is just musical performances, but they are dramatised brilliantly. I was shaken when I first watched it in the theatre; such was the visceral viewing experience. I don’t play a musical instrument nor am I aware of the culture portrayed in the film, but I understand the protagonist’s artistic pursuit, obsession and passion. I could relate to it because I know how passion takes over one’s life and the sacrifices they have to make in the process. This makes it a universal film.

My relationship with the Whiplash has kept evolving over the years. The first time I watched it, I found it inspiring. I wanted to be like the protagonist. After a few years, I realised he is a toxic person who is on a path of self-destruction to realise his passion. Thinking about the film now, I feel it is a commentary on extremism; how artists push themselves to the edge to achieve their dreams. During my formative years, I was obsessed with a passion for films and nothing else mattered. These are things you learn with experiences. I now understand that it’s okay to switch off everything and spend time with family. I still struggle with balancing my personal and professional sides, but Whiplash made me think about it.’

(As told to Ram Venkat Srikar)

Denial of responsibility! TechiLive.in is an automatic aggregator around the global media. All the content are available free on Internet. We have just arranged it in one platform for educational purpose only. In each content, the hyperlink to the primary source is specified. All trademarks belong to their rightful owners, all materials to their authors. If you are the owner of the content and do not want us to publish your materials on our website, please contact us by email – [email protected]. The content will be deleted within 24 hours.
AshwinAshwin Saravananentertainment newsEntertainment updateGame Overmaturerelationshipsnews updatenormalised
Share

Stock Radar: Down over 30% from November highs! This cement stock is a contra buy at current levels