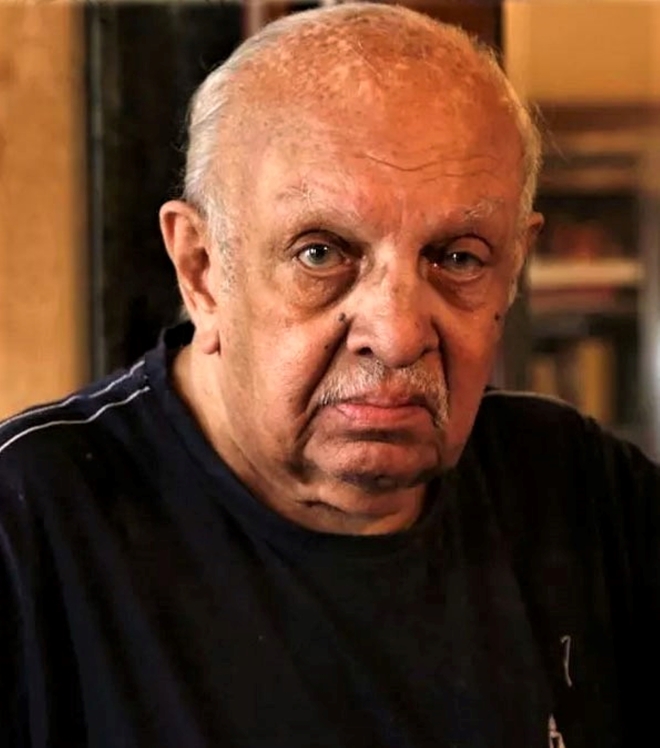 eteran music director Vanraj Bhatia (1927-2021) passed away on Friday. The National-Award winner was suffering from age-related ailments and died at his residence in South Mumbai. He had composed music for several films, including Manthan, Bhumika, Jaane Bhi Do Yaaro!, 36 Chowringhee Lane, Droh Kaal and Junoon, among others. The music of famous television shows, Tamas and Bharat Ek Khoj, were also this maestro’s compositions. Tamas, directed by Govind Nihalani, also won him a National Film Award. In 2012, Bhatia was conferred with the Padma Shri.

Bhatia had composed music for Indian art films, the prominent ones being with Shyam Benegal.

Music composer and singer, Atul Sharma says, “We have very few composers in India who are well-versed with Indian classical music as well as western classical. In other words, he was one with whom ragas and Mozart could be discussed in equal measure. For me, there are two full-fledged composers that the music industry will never have again — Vanraj Bhatia and Ilaiyaraaja. Creating music at those times was tough and money was never his intent. The song Ghir aayi kari ghata matwali sawan ki aayi bahaar re from the movie Junoon (1978), is one of my favourites from his work, for it was based entirely on Pilu raag and yet had western orchestra playing in the background!”

Recollecting old times, he adds, “I remember I had asked actor Shashi Kapoor (the hero in Junoon) in one of our interactions that why he didn’t work with Vanraj ji in Utsav; he had a simple reply — because it was a commercial film. I never got the chance to meet him, but from what I have heard is that he was sophisticated, soft-spoken personality who was a firm believer in yoga.”

Music producer and sound artist Dub Sharma says “Passing away of this maestro is a great loss for the music industry. In his time, he put efforts into not just the melodies, but also building strong musical structures that became the foundation for the new sound of the industry and will be remembered for ages.”

Actor Kranti Prakash Jha adds, “Vanraj Bhatia was the man behind some of the most beautiful soundtracks of Indian parallel cinema. His wide range from Marathi folk in Bhumika to Hindustani classical in Sardari Begum to cool experimental in Bharat Ek Khoj made him one of the most exciting composers of that era… He leaves behind countless memories…”

RIP #VanrajBhatia… apart from the many other brilliant musical works he created, I vividly remember the theme of Tamas… It started with a shriek so filled with anguish that it could send a chill up anyone’s spine and break anyone’s heart.

Will always remember #VanrajBhatia as a very inspiring musician, who constantly explored with his melodies and compositions. Recordings with him were replete with new learning. You will live on through your music

Farewell Vanraj Bhatia, one of India’s finest composers … was glad to have known you, worked with you and been part of your music ……. There will not be another you ….

Shocked to learn about the passing away of Vanraj Bhatia. Wagle Ki Duniya, Jaane Bhi Do Yaaron… He leaves behind countless memories in his scores. My condolences to his loved ones & fans.

Vanraj Bhatia… A virtuoso composer, musician & a master of orchestral arrangements. Apart from his exemplary work in new-age cinema, he created haunting memorable scores for TV shows like Tamas, Bharat Ek Khoj and many others…”

Loading...
Denial of responsibility! TechiLive.in is an automatic aggregator around the global media. All the content are available free on Internet. We have just arranged it in one platform for educational purpose only. In each content, the hyperlink to the primary source is specified. All trademarks belong to their rightful owners, all materials to their authors. If you are the owner of the content and do not want us to publish your materials on our website, please contact us by email – [email protected]. The content will be deleted within 24 hours.
Bhatialifestyle newslifestyle updatenews updateRIPtechi liveVanraj
0
Share

The Florida Panthers Are Winning, Both On and Off the Ice