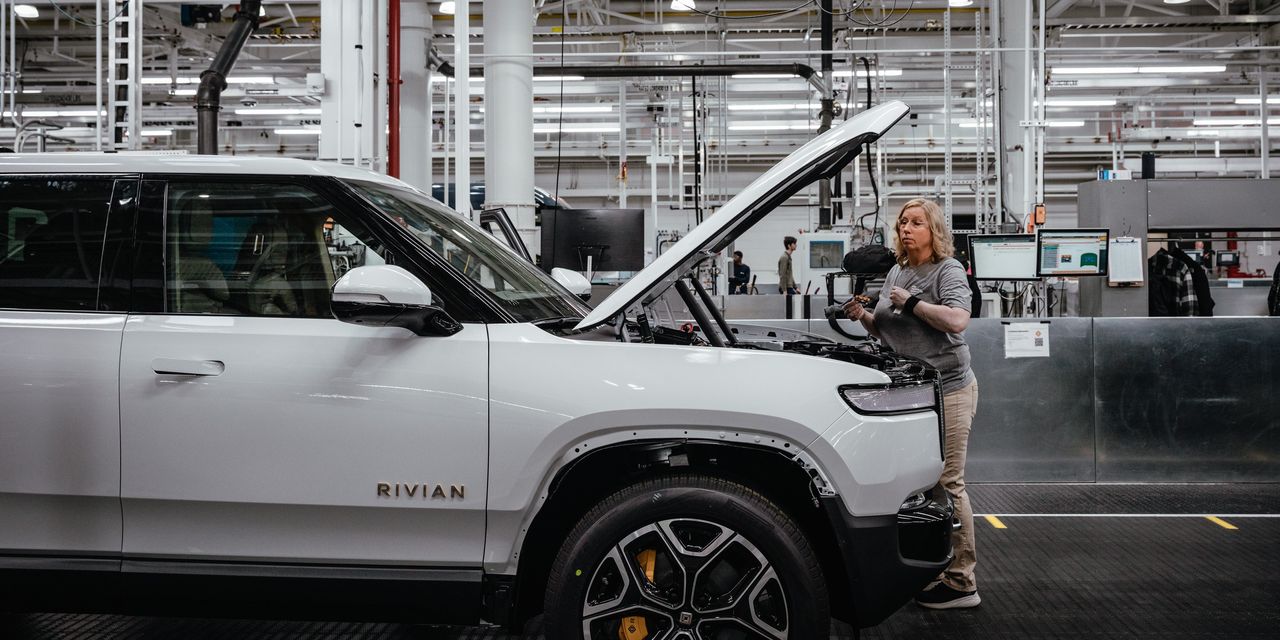 is recalling 502 battery-powered pickup trucks over potentially faulty air bags that could pose a safety risk to children in the front passenger seat.

In a filing dated Tuesday with the National Highway Traffic Safety Administration, Rivian said it had discovered that the front passenger air bag may not perform properly in the event of a crash because of a calibration error in the seat assembly.

The recall—the company’s first, according to NHTSA data—covers 2022 Rivian R1T pickups built between late September of 2021 and early April 2022 at the company’s factory in Normal, Ill., the filing said.

The car company said that it isn’t aware of any accidents or injuries related to the seat assembly defect and will replace the passenger seat in the affected vehicles free of charge.

In a statement, Rivian said that infants and children shouldn’t be placed in the front passenger seat of affected Rivian vehicles until a seat replacement is complete.

The company said in a Wednesday filing containing its first-quarter financial results that it didn’t expect the recall to lead to a material expense to its business.

Rivian, a California-based car manufacturer, launched production of its first models—the R1T pickup and R1S sport-utility vehicle—in the fall and has been straining to meet demand, after encountering problems at its factory getting parts. Its stock has been under pressure in recent months, as executives have walked back production targets and increased prices for consumers.

Prior to reporting financial results Wednesday, Rivian’s shares had slid more than 80% since the start of the year, a sharp reversal of the enthusiasm Wall Street showed for its initial public offering in November. At one point last fall, Rivian was worth more than $160 billion—surpassing the market caps of both

The stock rebounded following the quarterly report, up nearly 18% at Thursday’s close, after Rivian maintained its production outlook for the year.

While recalls are commonplace in the auto industry, this particular campaign comes at a sensitive time for the young company, which is trying to build brand awareness and break into a highly competitive market dominated by well-established car companies. The recall also represents a significant portion of Rivian’s production so far, and car companies typically shoulder the cost of making recall repairs.

As of May 9, the company said it had built 5,000 vehicles since starting production in September, a figure that includes the R1T truck, as well as the SUV and an electric delivery van.

The company first identified problems with the seat assembly in March, finding that sensors designed to detect whether a child or a child seat was in the front passenger seat didn’t work properly, the filing said.

Rivian said the defect originated during manufacturing of the seat assembly by a supplier, and later determined that it was a calibration issue that may cause the sensors to perform inconsistently. For instance, in some circumstances, the passenger seat-belt notification may chime when the seat is empty, the filing said.

Electric-vehicle startups, like Rivian, have managed to raise billions of dollars in fresh capital by tapping the public markets and generating buzz among investors looking for the next

But executing on their plans has proved more difficult with many stumbling when it comes to the nuts and bolts of manufacturing and the challenge of putting out a new model.

Rivian has been beset by production difficulties in recent months, including a shortage of semiconductors and issues ramping up its factory to a five-day-a-week schedule.

On Wednesday, Rivian reported a $1.6 billion net loss on revenue of $95 million and stuck to its year-end guidance of building 25,000 vehicles in 2022. That’s about half of what it could build if it weren’t for ongoing supply constraints, company executives have said.

Denial of responsibility! TechiLive.in is an automatic aggregator around the global media. All the content are available free on Internet. We have just arranged it in one platform for educational purpose only. In each content, the hyperlink to the primary source is specified. All trademarks belong to their rightful owners, all materials to their authors. If you are the owner of the content and do not want us to publish your materials on our website, please contact us by email – [email protected]. The content will be deleted within 24 hours.
accidentsAccidents/Man-made DisastersairbagAlternative Fuel Vehiclesautomotivebusiness newsBusiness updateconsumer safety
Share

Mahesh Babu plays to all his strengths in this formulaic film