Notice: amp_is_available was called incorrectly. `amp_is_available()` (or `amp_is_request()`, formerly `is_amp_endpoint()`) was called too early and so it will not work properly. WordPress is currently doing the `pre_get_posts` hook. Calling this function before the `wp` action means it will not have access to `WP_Query` and the queried object to determine if it is an AMP response, thus neither the `amp_skip_post()` filter nor the AMP enabled toggle will be considered. It appears the theme with slug `publisher` is responsible; please contact the author. Please see Debugging in WordPress for more information. (This message was added in version 2.0.0.) in /home/runcloud/webapps/techilive/wp-includes/functions.php on line 5313
 'Roberrt' review: Darshan strikes a fine balance between class and mass in this revenge drama - TechiLive.in 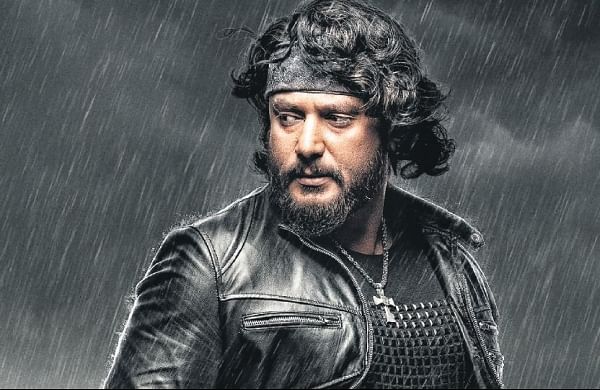 ‘Roberrt’ review: Darshan strikes a fine balance between class and mass in this revenge drama

In what comes as a refreshing departure, Darshan-starrer ‘Roberrt’ is anything but a typical action fare from the Challenging Star. The actor, who is known for his mass appeal, also delivers an all-round performance that establishes his class credentials too.

Right in the opening number, Rama Rama, we see Darshan being conflicted between good and evil. Lucknow-based cook Raghav (Darshan), who lives a simple life, is a stammerer like his son Arjun. As the plot progresses, we get to know more about Raghav’s past, which showcases him in the titular role.

The link between past and present forms the basis of this classic revenge drama. Darshan is impressive in all three shades – a gangster, a faithful friend and a good father. Despite going on the tried and tested path, director Tharun Kishore Sudhir manages to inject a breath of freshness into the lead character and the plot.

Dialogues by KL Rajashekar are gripping and the cinematography by Sudhakar S Raj is grand. The background score by Harikrishna and song compositions by Arjun Janya are on point, and the unique stunt sequences of Roberrt caters to the die-hard fans of the Challenging Star.

If Darshan as Raghav makes the audience feel like he is one among them, he exudes inimitable swag as the massy Roberrt replete with punch dialogues and high-octane action sequences. Darshan effortlessly switches between the two sometimes in the same scene.

The other actors in the film are also perfectly cast. Darshan faces off against a host of antagonists including Jagapathi Babu, Ravi Kishen and Ravi Shankar. Vinod Prabhakar’s pivotal role, as well as Shivaraj KR Pete performance, are highlights of the film. Chikkanna is perfect in a role that requires him to play it subtly.  It is Sonal Monterio’s character that forms the soul of the film. Asha Bhat, in her debut performance, shines in her scenes.

Although Tharun’s exuberant revenge plot is predictable in parts, the twists and turns in the tale makes it a good entertainer. The film is placed on the able shoulders of Darshan, whose screen presence ensures this is a decent ride that brings out one of his best performances. Overall, both Darshan and Roberrt just about get it right in maintaining the balance between the mass and class elements.

Denial of responsibility! TechiLive.in is an automatic aggregator around the global media. All the content are available free on Internet. We have just arranged it in one platform for educational purpose only. In each content, the hyperlink to the primary source is specified. All trademarks belong to their rightful owners, all materials to their authors. If you are the owner of the content and do not want us to publish your materials on our website, please contact us by email – admin@techilive.in. The content will be deleted within 24 hours.
Loading...
BalanceClassdarshandramaentertainment newsEntertainment updateFineKannada Films
0
Share

Man Gives $100 Tip At Restaurant To Impress Date, Returns To Take It Back – See What Happened Next