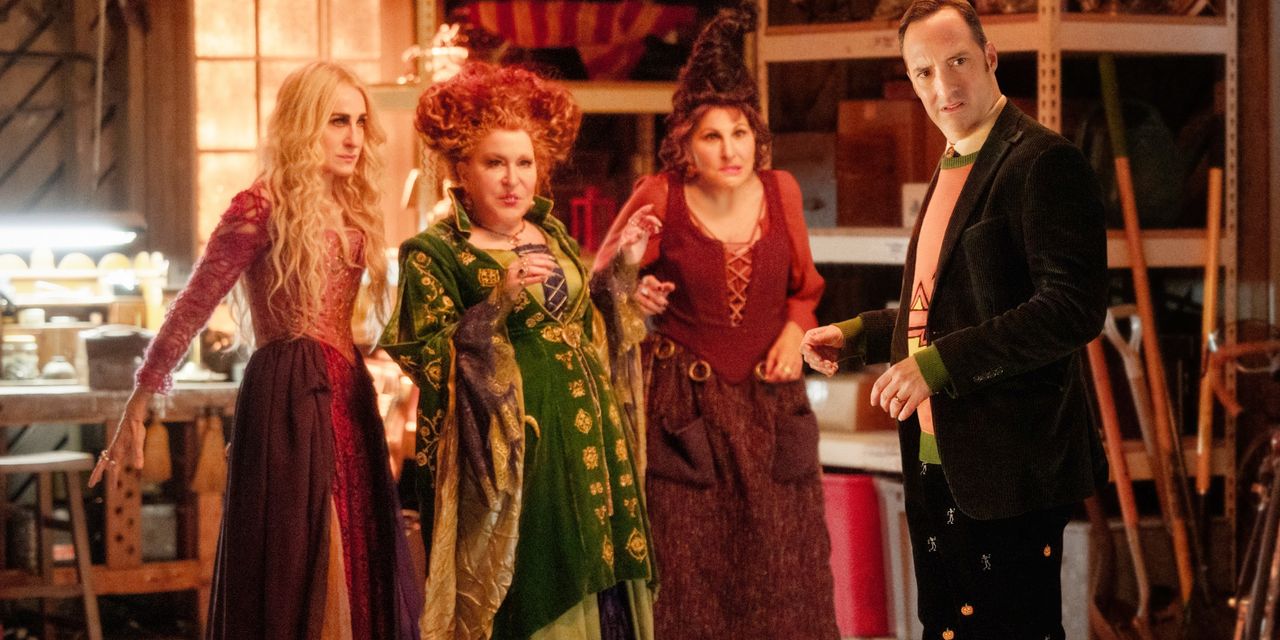 has brought back the CEO responsible for its pivot to streaming. As he returns,

has to navigate a competitive landscape that is far more challenging than when he left less than three years ago.

Investors say Mr. Iger is facing the same predicament as other leaders of large entertainment conglomerates: finding ways to grow and improve the streaming unit’s profitability without cannibalizing its lucrative businesses of creating content for television and movie theaters. Disney, as well as peers including

must now carefully decide where and how best to release, sell or license its content.

who was ousted as CEO by Disney’s board Sunday evening, had planned to address the company’s need for improved streaming profits with a mix of price increases, an ad-supported tier of Disney+ and more cross-selling of Disney products.

When the company launched its Disney+ streaming service in 2019, two years after Mr. Iger announced plans to do so, Wall Street cheered the move as a way for Disney to compete with

For years, Netflix had licensed Disney content and sold it to customers as part of a giant library for which they paid a small monthly fee. Having its own streaming service gave Disney more control over its films and shows, and created a more direct relationship between the company and its fans.

to broaden its distribution. It grew at a frenetic pace, amassing over 164 million subscribers in the three years since its inception. Factoring in ESPN+ and Hulu, which Disney controls, the company has more streaming subscribers than Netflix.

Under Mr. Chapek, Disney+ increased its content spending dramatically, to around $30 billion this year alone, while charging customers far less than most of its rivals, including Netflix and

HBO Max. This helped attract customers, but led to ever-growing losses for Disney’s streaming division, which ballooned to $1.47 billion in the most recent quarter.

“The area that Bob [Iger] can really focus on is not just growth but profitable growth,” said Shri Singhvi, AllianceBernstein L.P.’s chief investment officer of strategic equities, who manages about $15 billion in assets. He said he bought Disney stock midway through the year after shares sold off. While Disney and Netflix in the past focused on subscriber growth at any cost, “a lot of shine has come off that,” he said.

Less than 24 hours after returning to the helm of Disney, Mr. Iger moved to disband a two-year old unit that put streaming at the forefront of the company’s content strategy, undoing one of Mr. Chapek’s biggest changes.

“It is my intention to restructure things in a way that honors and respects creativity as the heart and soul of who we are,” Mr. Iger said in a memo Monday in which he announced the reorganization of Disney Media & Entertainment Distribution.

Do you subscribe to Disney+, Hulu or ESPN+? Why or why not? Join the conversation below.

a top lieutenant to Mr. Chapek whose job entailed deciding where Disney’s movies and TV shows would be shown—was leaving the company. Disney will put in place a new structure “that puts more decision-making back in the hands of our creative teams and rationalizes costs,” Mr. Iger said.

Netflix earlier this month also launched an ad-supported tier of service to increase revenue and plans to limit password sharing next year. It charges $6.99 per month for the ad-supported plan.

Many of the streaming industry’s biggest players are shifting from a growth-oriented streaming strategy to profitability, but are doing so in a difficult economic environment and an intensely competitive market.

“There has to be reflection on what the return on invested capital is” in the streaming business now, said

a senior research analyst at MoffettNathanson, a division of SVB Securities.

recently said that profitability, not the number of streaming subscribers, will be the company’s benchmark of success.

“I believe the grand experiment chasing subs at any cost is over,” Mr. Zaslav said earlier this month. Spending a lot on content while making a “fraction in return all in the service of growing sub numbers has ultimately proven, in our view, to be deeply flawed,” he said.

Some streaming services are turning to sports to draw in new audiences at home and abroad, though bidding wars over rights are pricey. Disney recently lost the streaming rights to cricket’s Indian Premier League earlier this year, a hit to its international expansion ambitions, though it has pursued other rights for the sport. The company’s streaming service in India, Disney+ Hotstar, accounts for 61.3 million of Disney+’s total 164.2 million streaming subscribers.

While Disney and Netflix boast the largest base of streaming subscribers around the world, they are subject to the same competitive pressures as their smaller rivals. The U.S. economy is showing signs of slowing, foreign-exchange rates are eating into overseas profits, the domestic market is saturated and consumers with more choices than ever are jumping from service to service.

Disney said the popularity of the “Disney Bundle” of Disney+, ESPN+ and Hulu helped mitigate some customer churn and increased the long-term subscriber value, but the bundle also weighs on the average revenue per user the company makes.

Determining how best to release content is another major challenge for companies like Disney. It recently said “Hocus Pocus 2,” a fantasy comedy sequel to a popular Halloween film that was available only on Disney+, was the streaming service’s most-watched premiere. That prompted some analysts to ask if Disney left money on the table by not releasing it in theaters. On the other hand, “Lightyear,” the origin story of Buzz Lightyear from Toy Story, drew smaller audiences than expected this past summer when it was released in theaters.

Denial of responsibility! TechiLive.in is an automatic aggregator around the global media. All the content are available free on Internet. We have just arranged it in one platform for educational purpose only. In each content, the hyperlink to the primary source is specified. All trademarks belong to their rightful owners, all materials to their authors. If you are the owner of the content and do not want us to publish your materials on our website, please contact us by email – [email protected]. The content will be deleted within 24 hours.
artsArts/EntertainmentAudiovisual ProductionBroadcastingC&E Industry News FilterCable BroadcastingCinema Film ProductionContent Types
Share

For USC, the path to a CFP berth is clear, if focus can shift quickly from UCLA to Notre Dame