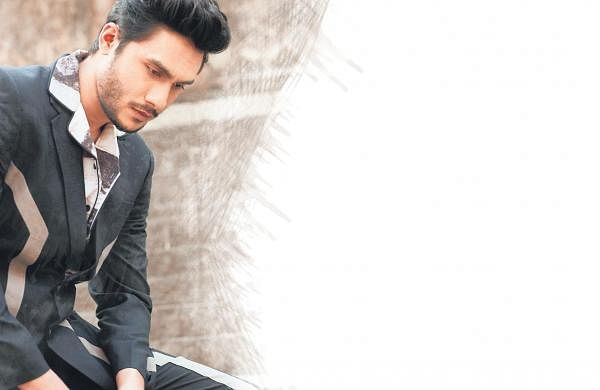 Roles are picking me now

BENGALURU: Actor Ritwik Bhowmik is on a roll, especially with his latest web series, The Whistleblower on SonyLiv being the talk of the town. Bhowmik -– who is playing Dr Sanket Bhadoria, a final-year medical student – gets caught in an admission scam.

The series has a grey shade to it, making it completely different from his debut series Bandish Bandit. Bhowmik says he is glad that he is in a place where the ‘roles picked him’ rather than the other way around. “As of now, everything that is coming my way is so exciting and different, honestly. The creators of the series approached me with this role that they felt I was apt for,” says Bhowmik. He added that when he read the script, he himself was amused as to why he was picked for the role.

“They were confident… and for better or for worse, I am glad I did it,” he adds. Bhowmik, who grew up in Bengaluru, describes his character as a ‘brat who has a mind of his own’. This role is in total contrast to Radhe from Bandish Bandit.  “Dr Sanket goes against everything while the Bandish Bandit guy was always controlled,” says Bhowmik, adding that he  started preparing for The Whistleblower after the release of Bandish Bandit. “So I had a lot of time to wash out Radhe from my system and dive into something else. It was not a crazy experience for me, but for the audience it is and I am excited about it,” says Bhowmik with a laugh.

Getting the physical aspect of the character right was as important as getting into the core of it, says Bhowmik. Preparation for being Dr Sanket came with its own set of challenges. “Dr Sanket is an adrenaline junkie…he might be lazy enough to not hit the gym but he is strong enough to take a stand. I had an idea about the silhouette of the character but there was no body type that we were going for,” says Bhowmik, adding that he had to play a very dramatised version of a flawed person.

Relatively fresh in the industry, Bhowmik hardly aspires to earn the title of ‘superstar’. “Social media to a certain extent has taken away that sense of intrigue that used to be associated with stars,” he says. The year 2021 brought in many fresh faces, attempting to make it big. And Bhowmik is glad about the changes being made. “As long a you can entertain people and grab their attention, they don’t care who you are. That’s a great attitude to have,” says the actor who has always been fond of dancing. Just as we conclude the interview, he drops a hint that he is coming up with “fun, colour project,” soon.

Denial of responsibility! TechiLive.in is an automatic aggregator around the global media. All the content are available free on Internet. We have just arranged it in one platform for educational purpose only. In each content, the hyperlink to the primary source is specified. All trademarks belong to their rightful owners, all materials to their authors. If you are the owner of the content and do not want us to publish your materials on our website, please contact us by email – [email protected]. The content will be deleted within 24 hours.
arepickingmeentertainment newsEntertainment updatenews updaterolestechi live
Share

Opinion | The Death of Empathy