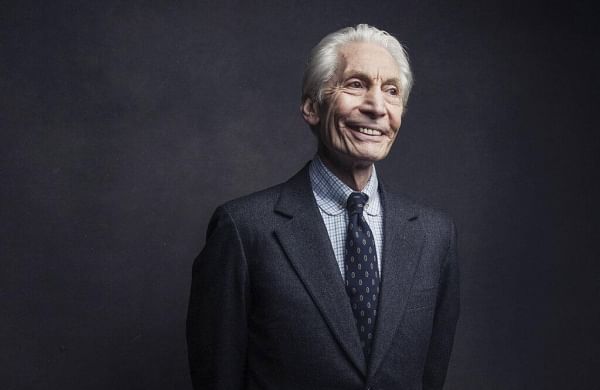 LONDON: Charlie Watts, the self-effacing and unshakeable Rolling Stones drummer who helped anchor one of rock’s greatest rhythms sections and used his “day job” to support his enduring love of jazz, has died, according to his publicist.

Bernard Doherty said Tuesday that Watts “passed away peacefully in a London hospital earlier today surrounded by his family.”

“Charlie was a cherished husband, father and grandfather and also as a member of The Rolling Stones one of the greatest drummers of his generation,” Doherty said.

Watts had announced he would not tour with the Stones in 2021 because of an undefined health issue.

The quiet, elegantly dressed Watts was often ranked with Keith Moon, Ginger Baker and a handful of others as a premier rock drummer, respected worldwide for his muscular, swinging style as the band rose from its scruffy beginnings to international superstardom.

He joined the Stones early in 1963 and remained over the next 60 years, ranked just behind Mick Jagger and Keith Richards as the group’s longest lasting and most essential member.

Watts was a jazz drummer in his early years and never lost his affinity for the music he first loved, heading his own jazz band and taking on numerous other side projects.

A classic Stones song like “Brown Sugar” and “Start Me Up” often began with a hard guitar riff from Richards, with Watts following closely behind, and Wyman, as the bassist liked to say, “fattening the sound.

” Watts’ speed, power and time keeping were never better showcased than during the concert documentary, “Shine a Light,” when director Martin Scorsese filmed “Jumpin’ Jack Flash” from where he drummed toward the back of the stage.

Loading...
Denial of responsibility! TechiLive.in is an automatic aggregator around the global media. All the content are available free on Internet. We have just arranged it in one platform for educational purpose only. In each content, the hyperlink to the primary source is specified. All trademarks belong to their rightful owners, all materials to their authors. If you are the owner of the content and do not want us to publish your materials on our website, please contact us by email – [email protected]. The content will be deleted within 24 hours.
AgeCharlieCharlie wattsDiesdrummerentertainment newsEntertainment updatenews update
Share

Schools, higher education institutes to reopen in Tripura from Wednesday