Notice: amp_is_available was called incorrectly. `amp_is_available()` (or `amp_is_request()`, formerly `is_amp_endpoint()`) was called too early and so it will not work properly. WordPress is currently doing the `pre_get_posts` hook. Calling this function before the `wp` action means it will not have access to `WP_Query` and the queried object to determine if it is an AMP response, thus neither the `amp_skip_post()` filter nor the AMP enabled toggle will be considered. It appears the theme with slug `publisher` is responsible; please contact the author. Please see Debugging in WordPress for more information. (This message was added in version 2.0.0.) in /home/runcloud/webapps/techilive/wp-includes/functions.php on line 5313
 Roundup: Kiki Iriafen of Harvard-Westlake contributes 37 points in playoff victory - TechiLive.in 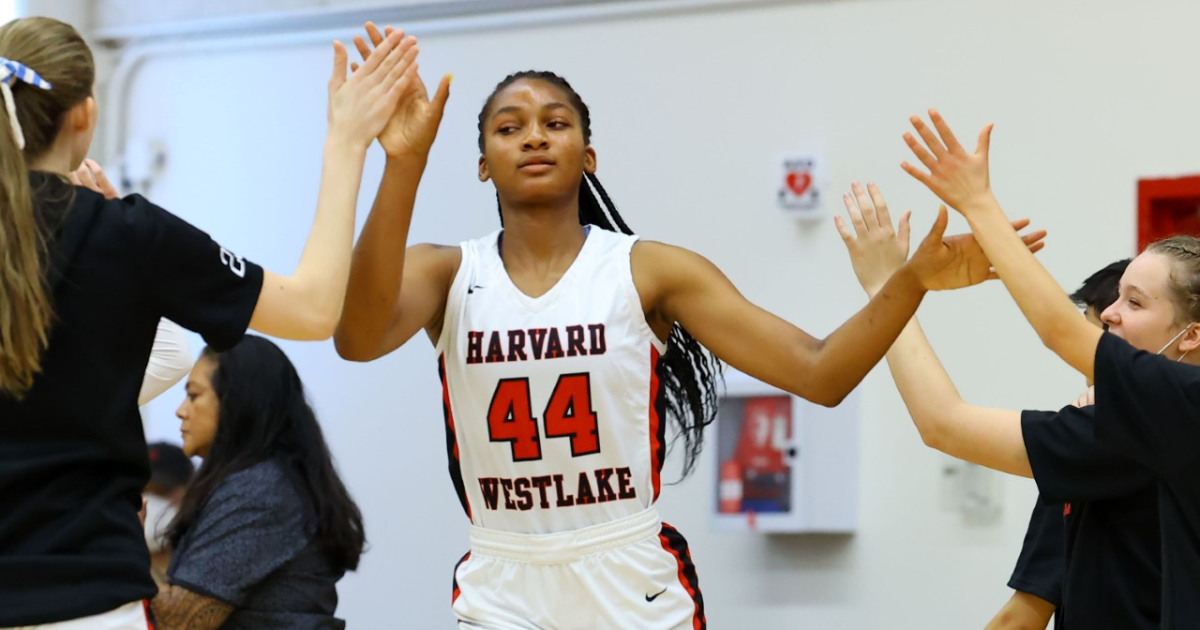 Stanford-bound Kiki Iriafen of Harvard-Westlake has enjoyed many outstanding basketball games in her four-year high school career, but Saturday’s performance in the opening round of the Southern Section Open Division girls’ playoffs will be hard to top.

Playing against a fellow McDonald’s All-American in USC-bound Rayah Marshall of Lynwood, the 6-foot-3 Iriafen responded with 37 points and 24 rebounds in Harvard-Westlake’s 80-54 victory.

“I was fired up because it was playoffs,” she said. “I was excited.”

Asked if it was the best performance she has seen from Iriafen, Harvard-Westlake coach Melissa Hearlihy said, “Best game of the year for sure. She came ready to go.”

The third-seeded Wolverines, 1-0 in Pool B, will face Etiwanda at home Wednesday. Marshall contributed 27 points for Lynwood, which also had problems with Iriafen’s teammates. Ko Katzaroff had 14 points. Melissa Zozulenko contributed three baskets in the third quarter.

As for Iriafen’s rebounding excellence, Hearlihy said, “She’s so quick to the ball.”

Harvard-Westlake 5, Villa Park 0: The fastest, most dynamic girls’ soccer player in California, if not the nation, is sophomore Alyssa Thompson, and she was at her best in the Division 1 championship match.

She scored her 41st, 42nd and 43rd goals of the season and led unbeaten Harvard-Westlake to its 16th consecutive victory and a fourth Southern Section soccer championship. The Wolverines also received goals from Brooke Stanford and Natalie Barnoux. Sophia Haynes provided a couple assists.

Villa Park came in 16-0-3, but Thompson has been close to unstoppable this season because of her speed.

La Mirada 2, Saugus 1: Marissa Marquez scored in sudden death to give La Mirada the victory in the Division 2 final.

Salesian 1, Norte Vista 0: In the Division 3 championship final, Freddy Santos scored in the first half to help Salesian win the championship.

Newport Harbor def. Loyola 3-1: Brothers Brendan and Jake Read helped Newport Harbor stun the No. 1-seeded Cubs (10-1) in a semifinal match of the Southern Section Division 1 playoffs. The Sailors won set four 25-12. They are the defending champions and advance to next Saturday’s final.

Denial of responsibility! TechiLive.in is an automatic aggregator around the global media. All the content are available free on Internet. We have just arranged it in one platform for educational purpose only. In each content, the hyperlink to the primary source is specified. All trademarks belong to their rightful owners, all materials to their authors. If you are the owner of the content and do not want us to publish your materials on our website, please contact us by email – admin@techilive.in. The content will be deleted within 24 hours.
contributesHarvardWestlakeIriafenkikinews updateplayoffpointsRoundup
0
Share

Microsoft is literally giving you money to use its Edge browser