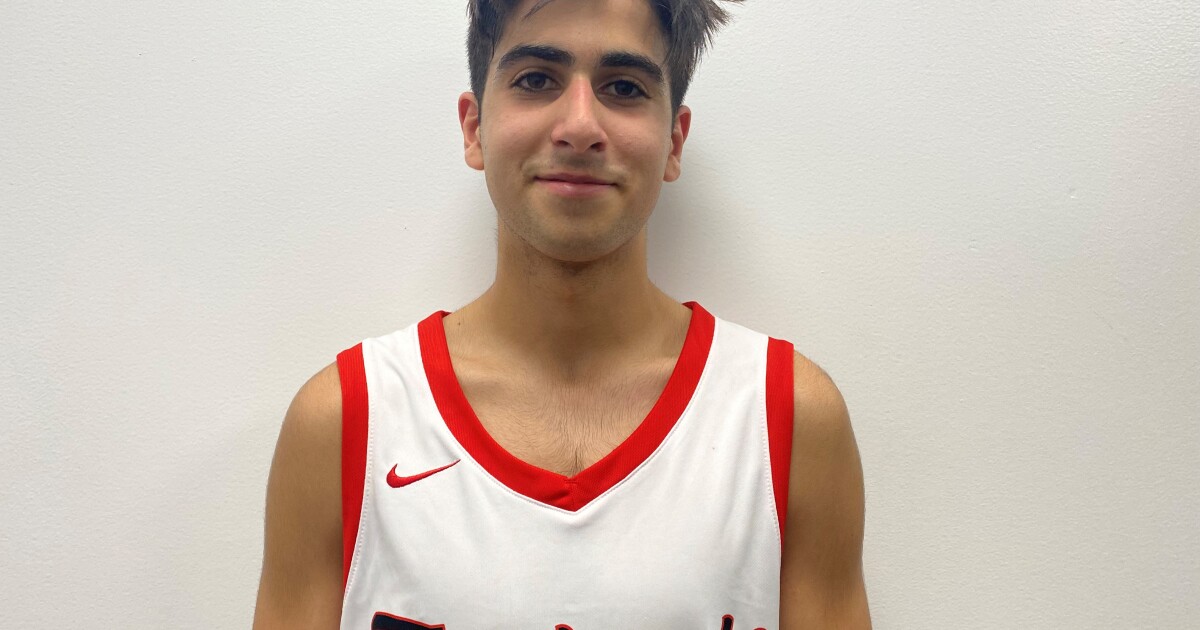 Roundup: Shalhevet feeds off electric crowd to advance to 3A semifinals

“We feed off them,” sophomore Ari Halpert said after scoring 28 points to lead Shalhevet to a 67-52 victory and into the 3A semifinals.

“It was electric,” Shalhevet coach Ryan Coleman said of his team’s fans. “We’ve been waiting 16 months to pack our gym. Our community loves basketball. It brings us together.”

With El Segundo focused on stopping seniors Ze’ev Remer and Jacob Pofsky, Halpert was left open and made El Segundo pay. He had six threes. He’s the younger brother of two former Shalhevet standouts. Eitan plays for Yeshiva University and another brother, Simcha, plays in Israel.

“I’ve been bullied all my life,” Halpert said of competing against his brothers.

“There’s no moment too big for him,” Coleman said.

Remer contributed 20 points and CJ Hardy led El Segundo with 27 points. Shalhevet is expected to play on Thursday night in the semifinals at Marina.

Mater Dei 62, Harvard-Westlake 57: Harrison Hornery scored 26 points and Nick Davidson 22 for the Monarchs. It means in the Division 1 pool B, Mater Dei, Harvard-Westlake, Damien and Corona Centennial are all 1-1 going into Friday’s final round of pool play.

Etiwanda 48, St. John Bosco 46: The Eagles are 2-0 in Pool A and will play at Sierra Canyon on Friday to decide the pool winner.

Capistrano Valley 57, JSerra 50: The Cougars advanced to take on Heritage Christian in Division 1.

Agoura 65, West Ranch 59: The Chargers pulled off the road victory.

Harvard-Westlake 1, Torrey Pines 0: The unbeaten Wolverines advanced on a golden goal in overtime from Daniela Quintero in Division 1.

Villa Park 7, Granada Hills 0: The Spartans eliminated the City Section champions and will play at Harvard-Westlake on Thursday in the semifinals.

Loyola 15, Palos Verdes 8: The Cubs advanced to the Division 1 semifinals. Matt Gottfried was 26 for 27 on faceoffs and Aidan Lee had four goals and Owen Gaffney three.

Denial of responsibility! TechiLive.in is an automatic aggregator around the global media. All the content are available free on Internet. We have just arranged it in one platform for educational purpose only. In each content, the hyperlink to the primary source is specified. All trademarks belong to their rightful owners, all materials to their authors. If you are the owner of the content and do not want us to publish your materials on our website, please contact us by email – [email protected]. The content will be deleted within 24 hours.
Advancecrowdelectricfeedsnews updateRoundupsemifinalsShalhevet
0
Share